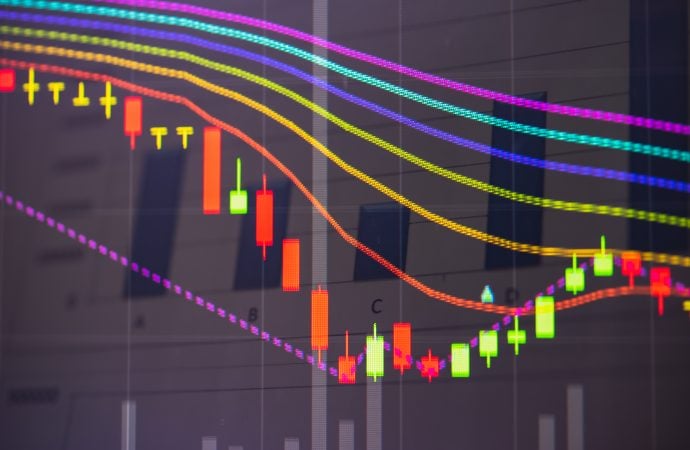 Quasimodo support drawn from mid-June at $1.1213 (positioned beneath the weekly timeframe’s Fibonacci structure) made an entrance on 24th November (2021) and remains committed. Trendline resistance, extended from the high $1.2254, is also seen overhead.

Dipping a toe south of NFP pre-announcement levels on Monday, short-term flow whipsawed through $1.13 to touch a low of $1.1285. As you can see, two neighbouring Quasimodo supports at $1.1278 and $1.1280 were left unchallenged.

Limited technical resistance is visible to the upside. Traders, however, may be drawn to $1.1364ish, located a handful of pips below H4 resistance underlined above at $1.1379.

As for the relative strength index (RSI), a popular momentum oscillator, the indicator’s value discovered a floor around oversold territory and is, as of writing, shaking hands with the lower side of the 50.00 centreline. Climbing the latter informs short-term players that average gains exceed average losses (over the pre-determined 14-day period): positive momentum.

Two key zones stand out on the H4 scale.

Upstream, trendline support-turned resistance, taken from the low $0.6993, and a 61.8% Fibonacci retracement at $0.7222 merging forms modest confluence to be mindful of. Additionally, if price maintains Friday’s session low at $0.7130, an AB=CD bearish formation may emerge within the aforementioned zone (black arrows).

Above noted supply, the technical radar points to Quasimodo support-turned resistance at $0.7229, dovetailing closely with the H4 61.8% Fibonacci retracement at $0.7222.

The relative strength index (RSI) currently explores territory beneath the 50.00 centreline, telling short-term traders that we’re seeing negative momentum in this market. Oversold space, therefore, may be in the line of fire.

Technically, we are in a prime support zone on the weekly timeframe at $0.6968-0.7242, unlocking the possibility of a run higher on the daily chart until crossing swords with resistance around the $0.7340ish point (see above). It is here, in light of the downtrend seen on the daily scale and the long-term downtrend on the monthly timeframe, long-term sellers could emerge.

With H1 supply at $0.7195-0.7207 perhaps weakened on Monday’s test, short-term traders might be watching H1 Quasimodo support-turned resistance at $0.7229 overhead, which, as noted above, overlaps closely with H4 resistance around $0.7222 (red area).

Together with the above price analysis, the relative strength (RSI) is fast approaching support between 40.00 and 50.00 (a ‘temporary’ oversold range since 10th May offering an oversold region on this timeframe).

Support at ¥115.38 was taken on Monday which could serve as resistance going forward. According to the H4 scale, further underperformance is possible to as far south as support from ¥114.50, closely shadowed by trendline support, taken from the low ¥112.56. Consequently, ¥114.50 will likely be closely watched as a downside objective going forward and may trigger dip-buying activity, in line with the underlying trend.

Monday’s bearish narrative pulled short-term price action through ¥115.48 and came within a handful of pips of retesting the lower side of the (now) resistance level, before further selling unfolded.

The ¥115 figure deserves notice, working closely with a 1.618% Fibonacci projection and a Quasimodo support (left shoulder [black arrow]). Also of importance is ¥115 benefitting from the daily Quasimodo resistance-turned support at ¥114.97.

Note also that just south of the psychological number, Quasimodo support is stationed nearby at ¥114.83.

Technically, support is seen between daily Quasimodo resistance-turned support at ¥114.97 and ¥115 on the H1 (and associated H1 confluence). Traders are urged to pencil in the possibility of price whipsawing through ¥115 to H1 Quasimodo support at ¥114.83, before a bullish attempt takes shape.

Sandwiched between trendline resistance-turned support, taken from the high $1.4250, and neighbouring resistance from $1.3602, this is a critical juncture for the pair.

A breakout above resistance not only shows scope to approach the 200-day simple moving average at $1.3734, a breach also informs chartists that weekly resistance highlighted above from $1.3629-1.3456 is on the brink of giving way. Conversely, navigating lower from current daily resistance (and taking out trendline support) helps confirm bearish intent from the said weekly resistance.

The relative strength index (RSI) is hovering nearby overbought levels and is in the early stages of hidden bearish divergence.

Supply coming in at $1.3665-1.3625 is recognised as a viable upside objective, with subsequent buying perhaps reaching resistance at $1.3710.

Demand is equally important to note at $1.3428-1.3444. As a result, if sellers regain consciousness from, traders may witness a dip back to the aforementioned demand zone.

$1.36 served well as resistance Monday, hauling price to a session low of $1.3532 and whipsawing through trendline support, etched from the low $1.3173.

The relative strength index (RSI) recently made its way north of the 50.00 centreline (positive momentum), suggesting further upside in this market until overbought space is seen.

Conservative sellers will likely watch for a test of $1.3665-1.3625 and a subsequent close back under $1.36 to form before pulling the trigger.