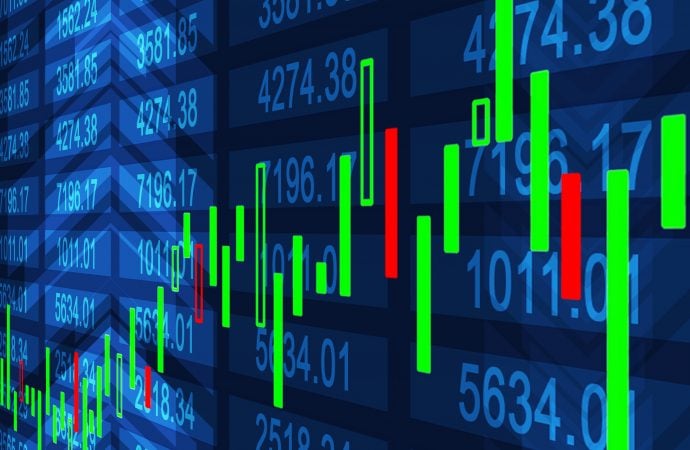 The euro soured versus the US dollar for a second successive session on Tuesday, erasing 0.3 percent into the London close. Again, as underlined in recent writing, this was an expected move, according to the higher timeframe technical position:

The weekly timeframe is fading the lower side of long-standing resistance at $1.1473-1.1583, a base entertaining active S/R since late 2017. Technicians will acknowledge trend sentiment favours the rejection, communicating a bearish environment since topping at $1.2350 at the beginning of January (2021). This is reinforced by the monthly timeframe’s long-term (some would say ‘primary’) downtrend since mid-2008.

Extending the technical reading to the daily timeframe, we can see the $1.1483 14th January peak (marked key watch) formed a ceiling in this market, aiding the technical presence of current weekly resistance. Further to this, the relative strength index (a popular measure of momentum) has begun rotating lower ahead of 8-month resistance at 63.66. Continued interest to the downside places the $1.1369-1.1309 support zone in sight, which happens to intersect with trendline resistance-turned support, extended from the high $1.2254.

Early European hours on Tuesday observed H1 price shake hands and respect $1.14, a level accompanied by a Fibonacci cluster between $1.1392 and $1.1400. Having seen uncertainty cloud the noted levels—unable to find acceptance above $1.1434—a push for H1 Quasimodo resistance-turned support at $1.1365 could take shape. Technicians will note this level resides within H4 support from $1.1386-1.1355 (fixed to the upper edge of daily support at $1.1369-1.1309), which is being approached by way of a H4 pennant (a continuation pattern). It’s also important to note that trend studies on the lower timeframes (H4 and H1) point higher.

The absence of a strong $1.14 bid on the H1 unlocks the possibility of a break to H1 Quasimodo resistance-turned support at $1.1365—may attract interest from buyers given its technical position:

Versus the US dollar, the Australian dollar eked out modest gains on Tuesday, confined within a narrow range between $0.7138 and $0.7107 during Europe, which happens to have pencilled in an ascending triangle on the H1 chart. This is typically considered a continuation pattern, though breakouts to the downside do occur and offers reversal structure.

It’s important to note that the relative strength index (RSI) on the daily timeframe is flattening ahead of the 50.00 centreline, and the H1 RSI is on the doorstep of overbought levels.

The noted price resistances are further reinforced by the immediate trend on the weekly and daily timeframes, stepping lower since February 2021, and the long-term monthly trend facing lower since August 2011.

On the back of current conditions, short-term flow on the H1 timeframe is likely to breakout above its ascending triangle. The pattern’s profit objective (blue rectangles) informs traders that a breakout north may terminate within the limits of H1 prime resistance at $0.7177-0.7164.

Chart studies, therefore, suggest a short-term move higher with the possibility of strong opposition between $0.7196 and $0.7151.

Rising US Treasury yields and a modestly bid USD boosted demand for the USD/JPY on Tuesday.

Technically speaking, the advance should not surprise.

As a reminder, the following represent points of note in previous writing which still carry weight:

With the long-term trend facing higher, the H1 timeframe overthrowing resistance at ¥115.68 and possibly ¥116 is on the menu.

The H4 scale shows a possible AB=CD bearish configuration in the direction of daily Quasimodo resistance at ¥116.33. This, coupled with the weekly timeframe’s current resistance at ¥116.09, delivers an upside objective for current long positions. Furthermore, what this does is inform short-term traders that a break above ¥115.68 and ¥116 are likely to be viewed as bullish signals on the H1, suggesting any retest of the breached levels could offer a floor for buyers to work with.

GBP/USD finished another session muted on Tuesday, working between $1.3564 and $1.3507 as investors look ahead to Thursday’s inflation figures out of the US.

Technical observations draw attention to daily resistance at $1.3602, a base entering the fight at the tail end of last week. Weakness from here shines the technical spotlight on support at $1.3355, with follow-through downside perhaps throwing Quasimodo support into the mix at $1.3119. Of note, the aforementioned support shares chart space with the weekly timeframe’s double-top pattern’s ($1.4241) profit objective at $1.3090. If daily action moves above current resistance, traders are urged to pencil in the 200-day simple moving average at $1.3704.

Technically, trend studies remain unchanged. Despite the 7.5 percent dip from ‘double-top’ peaks at 1.4241, the weekly timeframe has been higher since early 2020. However, it’s important to recognise that while the trend on the weekly timeframe demonstrates an upside bias, the monthly timeframe’s long-term trend has been lower since late 2007.