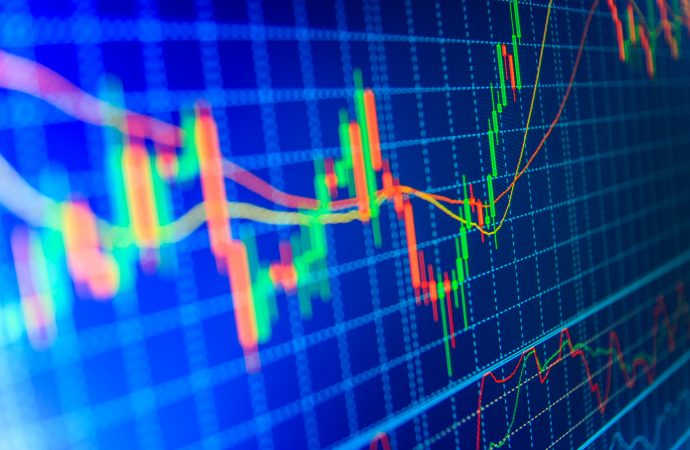 Against a broadly frail dollar and a hawkish ‘tilt’ out of the European Central Bank (ECB), Europe’s shared currency rose 1.2 percent on Thursday and pushed WTD gains north of 2.5 percent. ECB President Lagarde acknowledged inflation risks are tilted to the upside. This follows Eurozone CPI clocking a record 5.1 percent year on year in January.

Technical observations reveal price action on the weekly timeframe is back on the doorstep of resistance at $1.1473-1.1583. This is not only an active S/R since late 2017, but also a base that entertained a bearish showing early January. Trend studies echo a bearish picture on the weekly since topping at $1.2350 at the beginning of January (2021), reinforced by the monthly timeframe’s long-term (some would say ‘primary’) downtrend since mid-2008.

Meanwhile on the daily timeframe, the currency pair dethroned an 8-month trendline resistance on Thursday, extended from the high $1.2254. Furthermore, $1.1369-1.1309 stepped aside and consequently delivers a possible support zone to be mindful of. The $1.1483 14th January peak is important on this chart; a break signals an early trend change and sets the technical stage for an approach to Quasimodo resistance at $1.1667, shadowed by the 200-day simple moving average at $1.1680. Also of note is the relative strength index (RSI) nearing indicator resistance at 63.66.

Lower on the curve, following a test of the H1 decision point at $1.1267-1.1278—glued to the underside of H4 support at $1.1300-1.1272—price reclaimed $1.13+ status early US on Tuesday. Follow-through buying guided the unit through several key technical resistances on the H1 and is seen hovering under resistance at $1.1452, as we write. This, of course, is joined closely by the H4 61.8% Fibonacci retracement ratio at $1.1475. In terms of the RSI’s position on the H1, we’re exploring overbought territory, currently touching a peak of 80.00ish (highest level since late November 2021), indicating a heavily overbought market, short term.

The Australian dollar ended London muted against the US dollar on Thursday, working with a range between $0.7168 and $0.7110.

The week’s bullish vibe remains within the walls of weekly prime support at $0.6968-0.7242, aided by daily support at $0.7021—a level boasting eye-watering historical significance since 1994—commanding attention at the beginning of the week. Up more than 2.0% on the week (reclaiming a large portion of the prior week’s losses), this lifts the lid on possible moves to January tops seen on the daily around $0.7283, closely shadowed by daily trendline resistance, taken from the high $0.7891, and the 200-day simple moving average at $0.7381.

Since mid-Feb tops at $0.8007 (2021), sellers have taken the wheel (seen clearly from the weekly). This followed a bullish period since pandemic lows of $0.5506 (March 2020). It is important to note the monthly timeframe has been entrenched within a large-scale downtrend from mid-2011.

RSI studies (relative strength index) on the daily timeframe also has the indicator closing in on the lower side of the 50.00 centreline, which may serve as resistance. In terms of trend on the daily, the pair remains underwater, shown by way of trendline resistances, taken from highs $0.8807/$0.7891.

Crossing the page, shorter-term flow shows H4 resistance came within a pip of entering the mix at $0.7169-0.7187 on Thursday. As alluded to in Thursday’s technical briefing, the point the resistance area dovetails with trendline resistance, taken from the high $0.7313, alongside a Quasimodo support-turned resistance at $0.7196 and a 61.8% Fibonacci retracement at $0.7182 (green area) is likely to be interesting if challenged.

Ultimately, given the muted close on Thursday, the technical outlook remains unchanged:

The higher timeframe’s bullish theme may remain until daily trendline resistance, taken from the high $0.7891. Still, the H4 area of confluence around resistance at $0.7169-0.7187 could draw bearish attention, a zone benefitting from a connection with H1 prime resistance at $0.7177-0.7164.

Snapping a four-day bearish phase, USD/JPY bulls entered an offensive position on Thursday. This led H1 candles to within a stone’s throw of the ¥115 figure, a psychological base accompanied by trendline support-turned resistance, drawn from the low ¥113.47, trendline resistance, pencilled in from the high ¥115.67, a 61.8% Fibonacci retracement at ¥115.11 and the relative strength index (RSI) recording overbought conditions.

Despite noted confluence, higher timeframes suggest a cautionary approach. The underlying trend in this market is clearly against H1 resistances—advancing since the beginning of 2021. The weekly timeframe also exhibits scope to approach the 1.272% Fibonacci projection from ¥116.09. Weekly channel support, therefore, is worth keeping a close eye on, taken from the low ¥102.59.

The double-bottom pattern on the daily timeframe (¥113.48), despite a recent slump in price, submits the possibility of reaching for daily Quasimodo resistance from ¥116.33, arranged a touch above the weekly timeframe’s resistance of ¥116.09. Also bolstering a bullish appearance is the daily chart’s relative strength index (RSI) recoiling from support between 40.00 and 50.00 (a ‘temporary’ oversold range since 10th May—common view in trending markets).

In addition to weekly and daily timeframes, H4 technical structure signals a potential AB=CD completion in the direction of daily Quasimodo resistance at ¥116.33. This is set close by a 1.618% Fibonacci extension at ¥116.60.

While a short-term reaction from ¥115 (H1) could be on the menu to H1 support at ¥114.42, a break to the upside should not surprise, with the unit likely to target as far north as ¥116ish. Consequently, a break/retest of ¥115 might be regarded as a bullish development.

Latest developments on Thursday reveal the Bank of England hiked interest rates to 0.5 percent in response to inflationary pressures, the first back-to-back rise since 2004. The pound advanced following the decision, running stops beyond $1.36 (H1) to a high of $1.3628. However, momentum swiftly levelled off and price elbowed back under $1.36 as investors shift attention to today’s US non-farm payrolls.

The technical story is interesting.

Regarding overall trend studies, despite the 7.5 percent dip from ‘double-top’ peaks at 1.4250ish, the weekly timeframe has been higher since early 2020. However, it’s important to recognise that while the trend on the weekly timeframe demonstrates an upside bias, the monthly timeframe’s long-term trend has been lower since late 2007.

The daily timeframe is seen addressing resistance at $1.3602, a level entering the picture following three consecutive bullish sessions formed ahead of support at $1.3355. Technicians will also note the 200-day simple moving average, circling close by at $1.3709. Noting this, coupled with the H4 timeframe shaking hands with resistance drawn from $1.3622-1.3646 and the H1 whipsawing above the $1.36 figure (a number of buy-stops are likely to have been tripped as a result of this move), this could fuel a bearish response. In addition, the H1 timeframe’s relative strength index (RSI) shows clear bearish divergence within overbought territory.