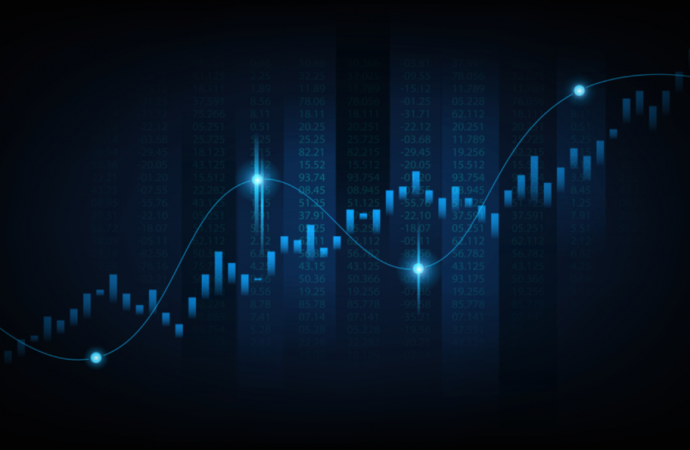 While this reasons additional upside towards ascending resistance (prior support – 1.1641) may eventually be on the horizon, an 1.1857/1.1352 retest is also on the cards in view of February’s correction.

Europe’s single currency wrapped up Wednesday modestly lower against the US dollar, as the DXY preserved a bullish stance north of 91.00.

As evident from the daily chart, movement welcomed trendline support (1.0774) and recently came within touching distance of neighbouring demand at 1.1923/1.2001.

Momentum, as measured by the RSI indicator, trades just south of 40.00 after failing to command authority above the 50.00 centreline. This implies the RSI is bordering on the possibility of visiting oversold territory.

Demand at 1.2040/1.2065 caving under pressure on Tuesday, served well as a supply base Wednesday.

Out of the RSI indicator, the value spun higher north of oversold territory on Wednesday and is now seen tackling 50.00 resistance.

As underlined in Wednesday’s analysis, the 1.20 figure remains interesting due not only to the H1 Fib projections around 1.1993, but also the psychological level merging with the upper edge of daily demand at 1.1923/1.2001. As a result, 1.20 has some reasonably strong backing and could put up a fight if tested.

This shines light on a possible correction in the first quarter of 2021. Though should buyers regain consciousness, a continuation higher to 0.8303/0.8082—a supply zone aligning closely with trendline resistance (prior support – 0.4776)—could play out.

Buyers and sellers continue to battle for position off trendline support (0.5506), with buyers attempting to rejuvenate an AUD/USD bid. In the event buyers take over, refreshing 2021 tops could be on the cards as well as a test of supply at 0.7937/0.7890.

Should buyers throw in the towel, the technical spotlight will shine on demand at 0.7453/0.7384 (prior supply).

As recently evidenced from the RSI indicator, the value dipped a toe in waters beneath the 50.00 centreline, following a trendline support breach last week.

The break of demand at 0.7600/0.7625 last Thursday likely cornered many buyers in this region. This, alongside the Fib cluster at 0.7696 serving up resistance, suggests price is perhaps bound for territory south of demand. Interestingly, below demand we have the daily trendline support close by around the 0.7583 neighbourhood.

As you can see from the chart, price snapped through demand at 0.7600/0.7625, and daily price reacted from trendline support—a fakeout play here?

Although upside momentum lost traction Wednesday, the fakeout beneath demand at 0.7600/0.7625 appears underway. The question is whether the reaction from daily trendline support provides enough fuel for H4 buyers to reconnect with the Fib cluster at 0.7696.

Recent research highlighted the following on the H1 space (italics):

Similar to the H4 chart, H1 whipsawed through 0.76 bids—likely causing pain on both sides of the market—and tested daily trendline support. Focus is now on price reclaiming 0.76+ status, a move which could provide upside impetus today.

Following the H1 AB=CD completion at 0.7564 and daily trendline support test, H1 also reclaimed 0.76+ status. Though despite breaking back above 0.76 implies a bullish scenario, volatility diminished considerably on Wednesday, changing hands between the 100-period simple moving average at 0.7632 and the 0.76 level.

In terms of the RSI indicator, we are seeing the value hover just south of resistance at 60.18, following the break of the 50.00 centreline.

Buyers holding daily trendline support, along with H4 tripping stops south of demand at 0.7600/0.7625 as well as H1 also tripping stops below 0.76, could, despite lacklustre movement Wednesday, still spark a bullish theme above 0.76 today.

A H1 close above the 100-period simple moving average at 0.7632 may add bullish conviction.

Although December pursued terrain south of 104.62, consequently throwing light on support from 101.70, January chalked up a comeback, with February threatening to re-enter the descending triangle pattern’s space.

Pencilling in a sixth successive bullish close on the daily chart echoes the possibility of reaching for the 200-day simple moving average at 105.60 and neighbouring supply at 106.33/105.78.

RSI resistance at 57.00—a level hindering upside since July 2020—gave in last week, with the value, as highlighted in Wednesday’s piece, now on the doorstep of overbought space.

In recent writing, the research team shined the spotlight on a harmonic Gartley pattern’s potential reversal zone (PRZ) between 105.17 and 105.00. Support is found at 104.16, with interest also likely directed at trendline support (102.59).

Price recently tested the range of the PRZ and sellers appear to be holding lower, for now.

USD/JPY left behind a muted tone on Wednesday, as buyers and sellers squared off around the 105 figure.

105.14 resistance is also a level that remains firmly on the radar through the H1 chart, which made a show on Tuesday—a double-top pattern formed mid-November (2020).

RSI followers may also want to acknowledge the break of the 50.00 centreline.

Longer term, buyers could take aim at daily supply coming in from 106.33/105.78, while shorter-term action suggests sellers may try to withstand an upside impulse to draw the currency pair lower from the H4 timeframe’s Gartley pattern’s PRZ between 105.17 and 105.00. A decisive H1 close below 105 could help add bearish conviction.

Aside from Tuesday churning out an indecision doji candle (given previous price action this is unlikely to be interpreted as a reversal signal) and Wednesday eking out modest losses, the technical framework has remained unchanged since January 21.

Buyers and sellers continue to square off around the lower side of resistance at 1.3755. Breaching the latter, however, brings light to supply at 1.3996/1.3918.

The RSI indicator has revealed a rangebound environment since November, limited by support around 47.00 and resistance at the 66.00 region (the value stands at 52.00). It is common to see higher oversold support areas form in an uptrend.

Demand at 1.3618/1.3637 has proven an effective base in the latter part of January, withstanding numerous downside attempts. Despite this, the area currently echoes a fragile stance. A decisive close south of 1.3618/1.3637 swings the technical pendulum in favour of reaching demand at 1.3502/1.3536.

In what was a relatively quiet session Wednesday, the unit remained south of ascending resistance (1.3609—not considered a traditional trendline). North of here, it is worth noting the 100-period simple moving average around 1.3684, and the 1.37 level (accompanied by 61.8% Fib resistance).

However, seeing H1 hold space south of ascending resistance, a dip to 1.36 could be on the cards before buyers attempt to make an appearance.