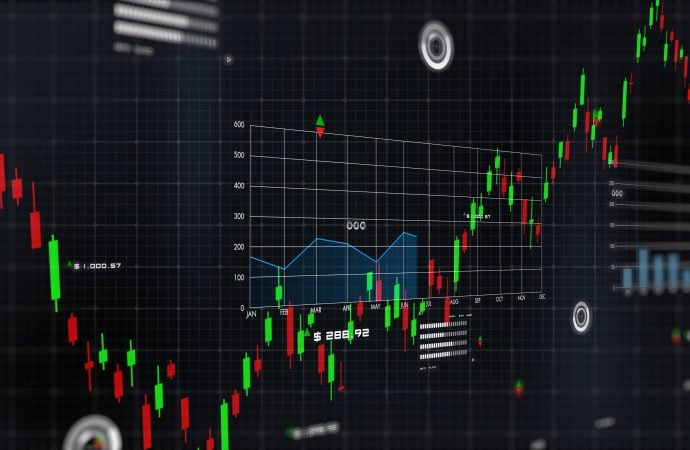 Despite a bullish showing this week, long-standing weekly resistance at $1.1473-1.1583 (active S/R since late 2017) entertained a bearish showing early January and remains a significant ceiling in this market to be aware of, long term. In keeping with this, the EUR/USD has been underwater since topping at $1.2350 at the beginning of January (2021). This is reinforced by the monthly timeframe’s long-term (some would say ‘primary’) downtrend since mid-2008.

Supporting a bearish vibe, this week’s 1.8 percent pullback landed daily flow on the doorstep of a decision point at $1.1369-1.1309, an area sharing chart space with trendline resistance, extended from the high $1.2254. In addition, technical observations has the relative strength index (RSI) shaking hands with the lower side of the 50.00 centreline. Defending the latter would help validate the downtrend seen on the daily chart since late May 2021.

Against the backdrop of higher timeframe flow, clearance of the H4 timeframe’s decision point at $1.1300-1.1272 potentially sets the technical runway to prime resistance at $1.1386-1.1355. This—coupled with the H1 timeframe retesting $1.13 and a Quasimodo resistance-turned support at $1.1297—shines the technical spotlight on H1 prime resistance at $1.1379-1.1366 (housed within the H4 timeframe’s prime resistance). Failure to hold $1.13, however, seats the $1.1267-1.1278 H1 decision point in the firing range. It should be noted that on the H1 timeframe, we are also seeing the RSI test overbought space, though a number of false signals have developed as a result of this week’s pullback. Therefore, signals derived from here must be viewed with caution.

Going into Thursday’s session, short-term technicals suggest a bullish phase towards H4 prime resistance at $1.1386-1.1355. The cautionary point, of course, is the daily timeframe connecting with a decision point at $1.1369-1.1309. Consequently, dip-buyers from $1.13 (H1) are urged to tread cautiously as it’s essentially a long position against higher timeframe direction, according to chart studies.

Adding technical weight to weekly prime support, daily support at $0.7021—a level boasting eye-watering historical significance since 1994—commanded attention at the beginning of the week. In the shape of three consecutive bullish sessions, January tops are seen around $0.7283, closely shadowed by daily trendline resistance, taken from the high $0.7891, and the 200-day simple moving average at $0.7384. RSI studies (relative strength index) on the daily timeframe also has the indicator closing in on the lower side of the 50.00 centreline. In terms of trend, the daily timeframe remains underwater, shown by way of trendline resistances (one of which was underlined above), taken from highs $0.8807/$0.7891.

Meanwhile, short-term technical action throws H4 resistance at $0.7169-0.7187 in the mix. The point the area dovetails with trendline resistance, taken from the high $0.7313, alongside a Quasimodo support-turned resistance at $0.7196 and a 61.8% Fibonacci retracement at $0.7182 (green area) is likely to be interesting if challenged. Out of the H1 timeframe, a $0.7177-0.7164 prime resistance zone is seen glued to the underside of the H4 resistance area and is also aligned with a Quasimodo resistance at $0.7170. H1 support forged nearby at $0.7129, nevertheless, must be taken into consideration. A break of the latter could signal the unit is headed for H1 support at $0.7042.

The higher timeframe’s bullish theme may remain until daily trendline resistance, taken from the high $0.7891. Still, the H4 area of confluence around resistance at $0.7169-0.7187 could draw bearish attention, a zone benefitting from a connection with H1 prime resistance at $0.7177-0.7164.

Despite the underlying trend—advancing since the beginning of 2021—the 1.272% Fibonacci projection from ¥116.09 remains a technical headwind on the weekly timeframe. Weekly channel support, taken from the low ¥102.59, inhabits neighbouring territory, emphasised by nearby support at ¥112.16. Both noted supports remain favoured locations on the weekly scale, in line with current trend.

However, in what appears a failing double-bottom pattern on the daily timeframe (¥113.48), technical structure submits the possibility of completing an AB=CD bullish pattern at ¥112.78 (the 100% Fibonacci projection). Technicians will note the harmonic pattern is complemented by demand at ¥112.66-112.07, a 50.0% retracement from ¥112.55, as well as the relative strength index (RSI) recoiling from support between 40.00 and 50.00 (a ‘temporary’ oversold range since 10th May—common view in trending markets).

For those who read Wednesday’s technical briefing you may recall the research team highlighted the ¥114.48-114.78 decision point as a key watch on the H4 timeframe. And that a break of the aforementioned area indicates weak interest in the daily timeframe’s double-bottom pattern. Consequently, a drop towards H4 trendline resistance-turned support (taken from the high ¥116.35) could be in order, together with the decision point at ¥113.54-113.78.

Meanwhile, a closer examination of price action on the H1 timeframe reveals a trendline support breach, drawn from the low ¥113.47. Chart pattern traders will also acknowledge the (half-hearted) pennant formation between ¥114.57 and ¥114.89. Resistance at ¥114.42 is key on the H1 scale right now, suggesting a swing lower to the ¥114 neighbourhood. Reclaiming ¥114.42, as suggested by the relative strength index (RSI) rebounding from oversold, positions prime resistance in the light at ¥114.75-114.70.

Overall, according to all four timeframes, sellers have the upper hand at the moment. As such, H1 resistance at ¥114.42 or H1 prime resistance at ¥114.75-114.70 are likely to be monitored closely in upcoming sessions for bearish scenarios.

Technically, the currency pair is nearing the lower side of $1.36 on the H1, a psychological level serving well as local support and resistance. The relative strength index (RSI), as you would expect, is torturing overbought levels, likely tearing uninformed traders apart as they pursue bearish themes. Within defined up moves, the RSI can remain overbought for prolonged periods. H1 support is worth noting at 1.3549.

What’s technically interesting right now, of course, is the $1.36 figure sharing space with resistance at $1.3602 on the daily timeframe. This, together with the lower side of H4 resistance at $1.3622-1.3646 (H4 price is in the process of absorbing offers around $1.3572), delivers an area of technical confluence to be mindful of. Technicians may note the RSI on the daily timeframe has crossed above its 50.00 centreline, informing traders upside momentum is gaining traction (average gains exceeding average losses). While this is generally considered a bullish signal, the GBP/USD recently pencilled in three consecutive bullish days, therefore it should come as no surprise the RSI is north of 50.00.

As for overall trend studies, despite the 7.5 percent dip from ‘double-top’ peaks at 1.4250ish, the weekly timeframe has been higher since early 2020. However, it’s important to recognise that while the trend on the weekly timeframe demonstrates an upside bias, the monthly timeframe’s long-term trend has been lower since late 2007.