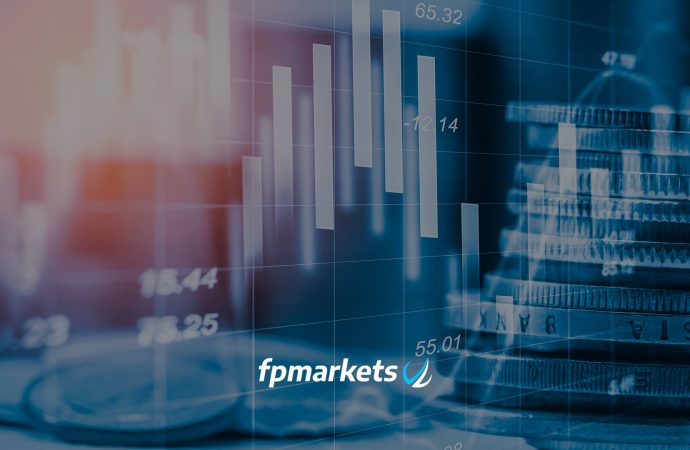 Despite a healthy attempt at recovery from demand at 1.0488/1.0912 in October 2019 – a noteworthy area given the momentum derived from its base – EUR/USD failed to sustain gains and is currently seen revisiting the upper boundary of the said demand.

Although down 1.00% on the month and in-line with the primary downtrend, lower since 2008, we cannot rule out the possibility of fresh upside attempts from current demand, targeting demand-turned supply at 1.1857/1.1352 and long-term trendline resistance (1.6038).

To the downside, however, traders looking beyond the current demand zone likely have crosshairs fixed on a reasonably ‘fresh’ demand base at 0.9581/1.0221. Note this zone boasts history dating back as far as 2003.

Thursday’s 100-point gain lifted EUR/USD to an interesting area of resistance on the daily timeframe, comprised of trendline resistance from 1.1239, a trendline support-turned resistance from 1.0981 and a 50.0% retracement value at 1.1003. Also prominent is supply drawn from 1.1117/1.1078, currently mingling with the 200-day SMA.

The RSI indicator recovered from channel support and, in recent trade, rose through the connecting channel resistance, highlighting the possibility of moves to overbought territory.

Thursday had the EUR/USD power into a small base of demand-turned supply at 1.1015/1.1002, following a break of two supply zones at 1.0958/1.0941 and 1.0924/1.0902, both now representing demand areas. Although current supply is void of local confluence, the daily resistances noted above dovetail with one another beautifully.

Europe’s single currency rallied strongly against the buck Thursday, adding 0.98%. The US dollar index continued to explore lower ground, extending losses south of multi-year highs, pressured on the back of soft US Treasury yields. Note longer-term action on the dollar index also has price testing a daily supply-turned demand base at 98.65/98.19.

The RSI indicator also recently journeyed into overbought waters, with the 50/100-period SMAs drifting higher since crossing at the beginning of the week.

From the monthly timeframe, further recovery could be on the cards.

Technical levels on the daily timeframe, however, highlights appealing resistance, potentially drawing interest. Similarly, we have demand-turned supply at 1.1015/1.1002 recently making an appearance on the H4 timeframe and the round number 1.10 and supply on the H1 timeframe at 1.1007/1.0994.

The odds a correction materialises today is reasonably high, according to the noted chart studies. As such, bearish themes off 1.10 might be of interest today, using the H4 zone at 1.1015/1.1002 as a base for positioning stop-loss orders.

Hefty supply-turned demand at 0.6642/0.6520 remains on the daily timeframe, albeit holding on by a thread around decade lows. Traders will also note this area fills a portion of the current monthly demand highlighted above at 0.6358/0.6839.

Should the candles kick back and advance – an unlikely scenario – the 0.6662 February 7th low may delay recovery, with moves higher targeting familiar supply coming in at 0.6778/0.6731, which happens to intersect with trendline resistance (0.7393).

Supply at 0.6607/0.6588 made its debut in recent hours, capping recovery gains off multi-year lows at 0.6542. Candlestick action pencilled in a strong bearish rotation off the said supply area, closing a touch off lows, consequently displaying intent to tunnel lower today. Aside from 0.6542, the 127.2% Fibonacci ext. at 0.6516 serves as the next layer of support to keep an eye on.

Dollar weakness and softening US Treasury yields prompted a short-term recovery Thursday. Technical buying off channel support (0.6584) and 0.6550 also likely played a role. Gains, however, were recently contained at the 100-period SMA, bolstered by a familiar range between 0.6587/0.6620, located a few points south of 0.66 and channel resistance (0.6638).

Selling the rejection off H4 supply could be a route traders explore today, though H1 traders may wish to see a retest at channel resistance form before considering short trades.

The combination of a channel resistance from 108.47 and supply at 112.66/112.08 held price action lower at the tail end of the week. Follow-through selling has been seen this week, stretching to, and marginally engulfing, demand at 109.52/109.99. Channel support (104.44) could make an entry in the event additional selling materialises, shadowed by the 200-day SMA.

The RSI indicator also voyaged through the 50.0 value yesterday, down from last week’s peak at 76.63.

Meanwhile, in terms of the RSI indicator, since the beginning of the year we have been compressing within a descending channel (black lines), with the value currently holding above channel support.

Wednesday’s analysis noted that after price entered the jaws of an attractive supply drawn from 1.3023/1.3006, with an approach formed by way of an AB=CD pattern (orange) that terminated around 1.3013, further selling could be on the cards.

The analysis went on to further highlight:

As can be seen from this morning’s chart, as expected, the H4 supply held ground, forcing a test at the demand area at 1.2868/1.2894. Yesterday’s action whipsawed the lower edge of the said demand and is, at the time of writing, modestly recovering.

As can be seen from the chart this morning, price did rebound from 1.29 and tested nearby demand-turned supply at 1.2957/1.2944, which aligned beautifully with the 100-period SMA and proved a supply of note. 1.29 gave way in early London, settling a few points north of 1.2850 before retesting the underside of 1.29 into closing trade.

Shorter term, 1.29 could be a weak resistance due to the retest as resistance breaking to 1.2916 – enough to rupture buy stops above here and clear the pathway back to H1 demand-turned supply at 1.2957/1.2944. We’re unlikely to see this level break during Asia, though, it’ll likely be early London if it is to give way. In the event a move north of 1.29 materialises, intraday long positions could be considered.