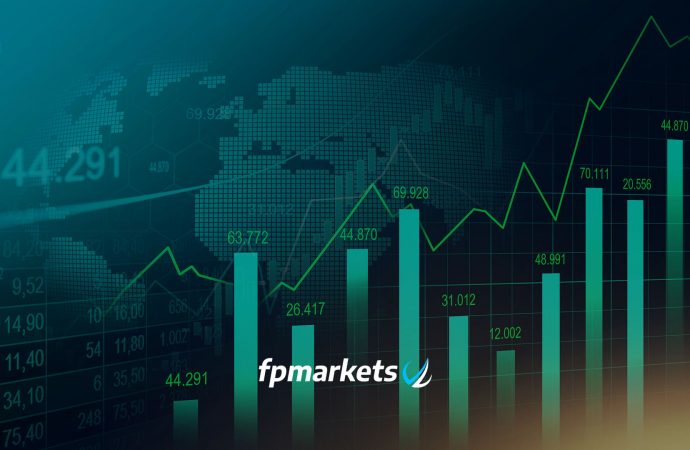 Despite a healthy attempt at recovery from demand at 1.0488/1.0912 in October 2019 – a particularly noteworthy area given the momentum derived from its base – EUR/USD failed to sustain gains, and had the unit retesting its upper boundary last week. Price, however, as you can see, has begun to tunnel its way deeper into the range this week.

Although down 2.74% on the month and in-line with the primary downtrend, which has been lower since 2008, we cannot rule out the possibility of fresh upside attempts from current demand.

Since retesting supply at 1.1117/1.1078, the unit has retained a strong underlying offer, consuming a demand zone at 1.1001/1.0946, dethroning the 1.0879 October 1st low and recently getting to know demand at 1.0680/1.0781. This area, formed April 2017, also houses a 127.2% Fibonacci ext. point within at 1.0724. Although this is an area buyers may find appealing, Thursday finished in the shape of a daily bearish outside pattern consequently suggesting sellers may look to strengthen their grip further here.

The RSI indicator remains pretty much unchanged, seen attempting a recovery from channel support, though still remains within its oversold range at 23.09.

Thursday’s report informed readers price recently bottomed a few points ahead of supply-turned demand drawn from 1.0738/1.0774, snapping a five-day losing streak. The piece also underscored supply areas in view at 1.0838/1.0823 (yellow), glued to the lower boundary of a larger demand-turned supply at 1.0832/1.0877. The yellow zone marks a decision point to press lower, and welcomed a near-test of the area yesterday, before swinging back to the lower edge of the day’s range.

Intraday action for EUR/USD staged a mini-revival to reclaim 1.08 in early US trade, though sentiment remained moderately negative, victim to a resilient US dollar index. In terms of the ECB minutes, little in the way of fresh insight was seen.

Technical developments reveal the pair topped a few points ahead of familiar supply at 1.0837/1.0824 (essentially the same as current H4 supply), garnering resistance off the 100-period SMA. 1.08 gave way in the later hours of US trade, potentially exposing demand at 1.0682/1.0700.

The primary trend in this market has faced south since 2008; monthly demand at 1.0488/1.0912 shows signs of weakening, and daily price recently pencilled in a bearish outside day around the top edge of demand at 1.0680/1.0781. This, alongside H1 price languishing south of 1.08 with room to press as far south as demand at 1.0682/1.0700, could be sufficient to entice further selling today, and next week.

Intraday traders likely have their crosshairs fixed at the 1.08 boundary for potential bearish themes.

The RSI, for those who follow indicators, recently re-entered oversold territory, after failing to reach the 50.0 mid-way value.

Recent action on the H4 timeframe, thanks to yesterday’s downside, now has eyes for an area of support comprised of Fibonacci studies (161.8% Fibonacci ext. point and the 127.2% Fibonacci ext. point – green) between 0.6591/0.6606. Trendline support-turned resistance (0.6683), however, could hinder any upside attempts.

Following a near to-the-point retest at 0.6650, AUD/USD journeyed to multi-year lows ahead of the 0.66 handle in the shape of a descending wedge pattern (0.6654/0.6630). In terms of the RSI indicator, mild bullish divergence is seen forming out of oversold terrain.

The fact we have monthly price trading within demand at 0.6358/0.6839, daily price also recently entering an area of demand, H4 price circling ahead of Fibonacci support (green) at 0.6591/0.6606 and the H1 candles declining by way of a falling wedge pattern towards 0.66 support, a rebound from the 0.66 region could be at hand today, with the underside of the H4 trendline support-turned resistance set as the initial upside target.

In recent movement, price elbowed a touch outside the upper boundary of the aforementioned descending triangle.

Both noted zones are in focus on this scale, though the supply has backing from the daily supply/channel resistance combination and the upper edge of the monthly descending triangle pattern.

Despite closing higher Thursday, the majority of the day’s gains were seen amid Asia and early Europe. US hours entered into a consolidation around the 112 handle, which, as of current price, is seen holding a touch above the psychological base.

Sterling continued to tunnel its way into demand at 1.2823/1.2910 Thursday, registering its fourth consecutive loss against the buck. The said demand represents the lower edge of a multi-month range (supply at 1.3303/1.3184 caps upside). Note we also have a local trendline resistance (1.3514) that could come into effect, should we rebound from the current demand base.

Thursday’s headline UK retail sales for January came in better than expected, lifting GBP/USD. The Office for National Statistics noted: Retail volumes increased by 0.9% in January 2020, recovering from the falls in the previous two months; the increase was mainly because of moderate growth in both food stores (1.7%) and non-food stores (1.3%).

Though scoring a high at 1.2926, the pair failed to capitalise on recent UK data, largely pressured by a strong USD bid across the board. Support emerged off the 1.2850 point (stationed just north of a demand area coming in at 1.2826/1.2841) following a decisive move south of 1.29.

Shorter-term flow has 1.29 potentially offering resistance today, with a break likely pushing for the 50-period SMA and trendline support-turned resistance (1.3001). In fact, a whipsaw through 1.29 to the aforementioned trendline resistance could be a potential bearish theme to watch for.