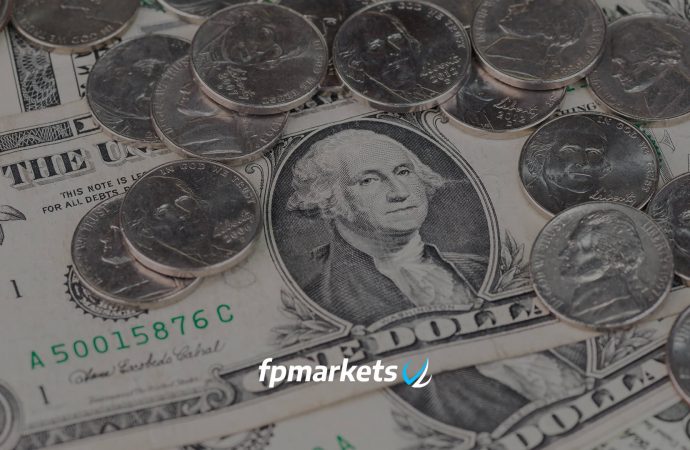 Despite a healthy attempt at recovery from demand at 1.0488/1.0912 in October 2019 – a particularly noteworthy area given the momentum derived from its base – EUR/USD failed to sustain gains, and had the unit retesting its upper boundary last week. Price, however, as you can see, is beginning to tunnel its way deeper into the range.

Although down 2.56% on the month and in-line with the primary downtrend, which has been lower since 2008, we cannot rule out the possibility of fresh upside attempts from current demand.

The RSI is also seen recovering from channel support, but still remains within oversold waters at 24.79.

On the data front Wednesday:

The FOMC’s January meeting minutes were in line with expectations, and the market’s reaction was muted.

Longer term, we came within a point of testing demand on the daily timeframe at 1.0680/1.0781, confirmed by RSI denoting oversold conditions. There’s room for H4 price to push higher until reaching supply at 1.0838/1.0823, while H1 recently reclaimed 1.08+ status.

While there’s not much room to manoeuvre to the upside, intraday longs may try their hand today, given daily demand. Rather than entering at current price, the better entry, according to our chart studies, is at a retest off 1.08, preferably before reaching H1 supply at 1.0837/1.0824.

As of current movement, we are testing support at 0.6670.

The RSI, for those who follow indicators, recently emerged from oversold territory, though appears poised to reconnect with oversold values once again.

Since the beginning of last week, AUD/USD carved out a consolidation between supply drawn from 0.6761/0.6741 and a demand area coming in at 0.6699/0.6715. Recent selling saw the said demand’s lower edge shattered, followed up with a retest on Tuesday that held ground Wednesday.

Limited support seen until we tackle the 0.6662 February 7th low on this timeframe, but we know from the daily timeframe, support at 0.6670 is in motion and capping downside.

Also attractive was the fact the area was positioned above the round number 0.67. Buy stops above the psychological boundary likely provided liquidity to sell into from 0.6707/0.6715. This is appealing for larger players. The selloff from the zone on Wednesday tested daily support at 0.6670 going into US hours, which, as you can see from the H1 chart, has held ground so far. Also note the 50-period SMA holding price lower, as we write.

Well done to any readers who managed to take advantage of the recent move lower.

Going forward, daily buyers will likely try to defend support at 0.6670. Going on recent price action, though, buyers appear fragile here, but this is difficult to judge seeing as monthly price remains within demand.

Shorter-term movement may revisit 0.67, if we can overthrow sellers at the 50-period SMA. This could lead to another retest at the H1 zone from 0.6707/0.6715 for another chance at short sales.

In recent movement, price trades at the upper boundary of the aforementioned descending triangle.

Traders may find use in noting the 111 handle merges closely with the recently broken channel resistance on the daily timeframe – this ascending line may provide support should it be retested. However, psychological levels attract large amounts of orders, and are often prone to whipsaws. The H4 demand 110.84/110.57 is sited 16 points beneath the 111 base, therefore price could whipsaw to this level before turning higher. 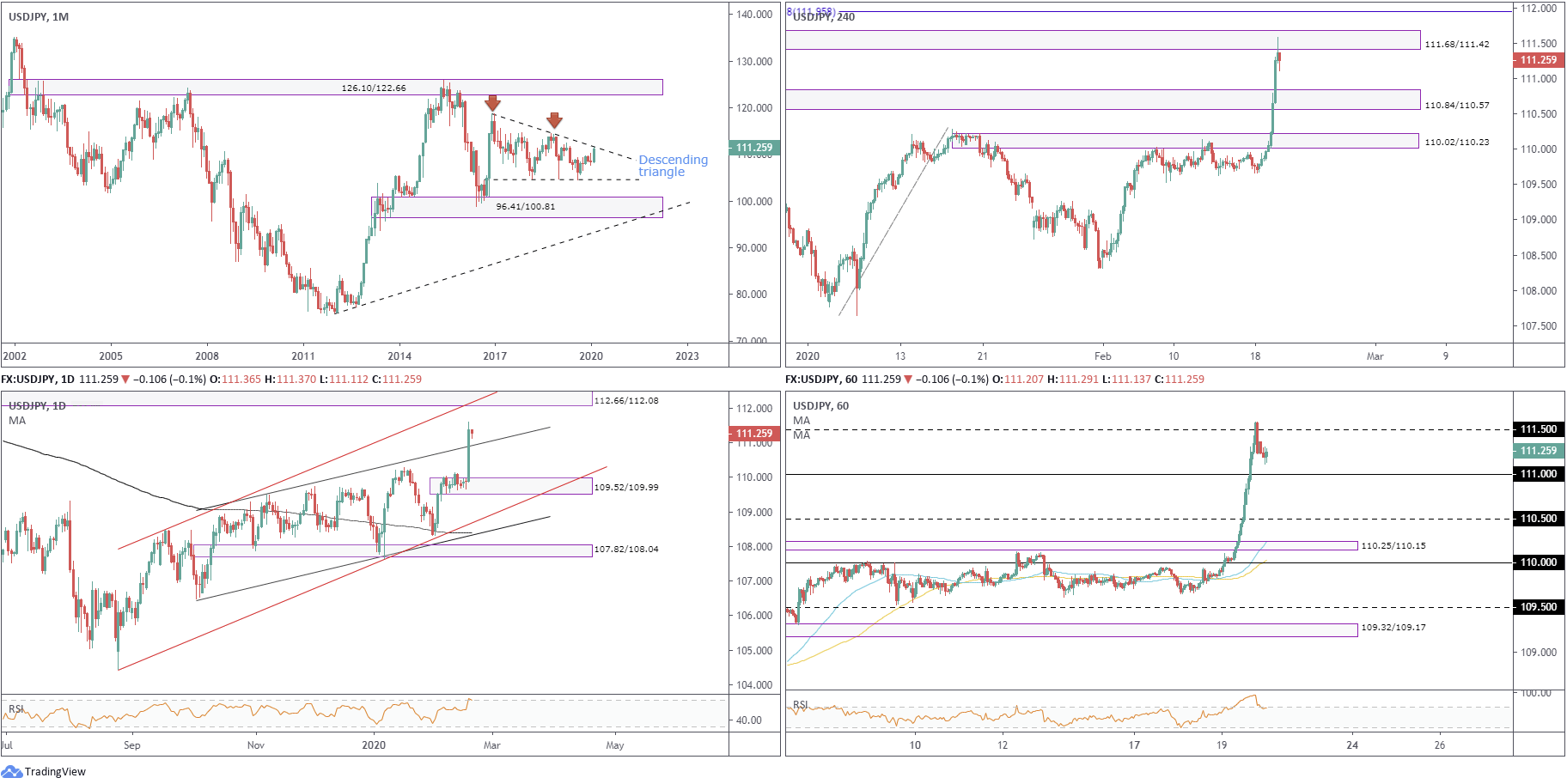 Sterling finished Wednesday around the upper boundary of demand at 1.2823/1.2910, the lower edge of a multi-month range between supply at 1.3303/1.3184 and the aforementioned demand. Note we also have a local trendline resistance (1.3514) that could come into effect, should we rebound from the current demand base.

UK inflation surprised to the upside on Wednesday, with the headline rising to 1.8% year-on-year (exp: 1.6%), along with the core measure also rising to 1.6% from 1.4%, against an expected 1.5%. The impact of the release initially guided the pound higher, though price failed to sustain gains above the key figure 1.30.

The 1.29 handle is likely to be drawn into the fold today. The fact we have a H4 demand circling just south of 1.29 at 1.2868/1.2894 highlights the possibility of a fakeout occurring through 1.29 before buyers step in. This will help provide sell-stop liquidity to larger traders from the said H4 demand. The problem, however, is the underside of H4 demand at 1.2916/1.2942 leaves little room for manoeuvre as sellers often congregate around the lower edges of broken supply and demand zones.