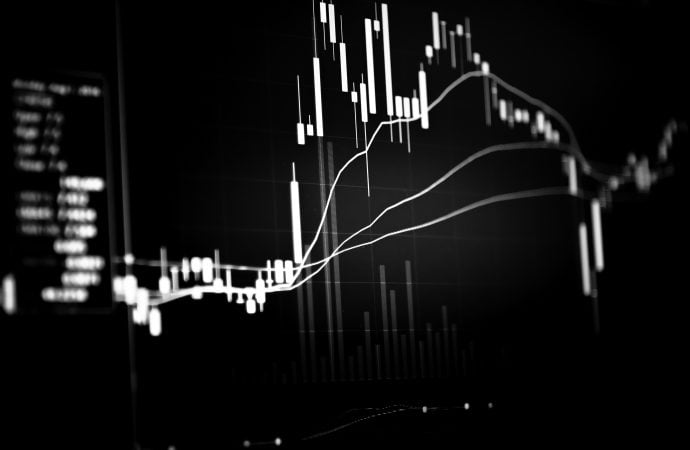 February, as you can see, remains off session lows, though currently trades 0.4 percent lower.

Thursday’s bullish impetus, as you can see, has landed candle action within a stone’s throw from the 1.21 level and 100-period simple moving average. Moving through here could direct flow to resistance at 1.2132 (a previous Quasimodo support), stationed just south of 1.2150 resistance.

RSI movement, as you can see, climbed above resistance around 54.20/47.05 and retested the upper edge of the base in recent moves, suggesting overbought conditions today.

Based on current chart studies, 1.21 potentially offers fragile resistance. A H1 breakout above 1.21, therefore, could be interpreted as a bullish cue, targeting H1 resistance at 1.2132, followed by 1.2050 (aligns with H4 Quasimodo resistance at 1.2149).

January’s half-hearted shooting star candle (often construed as a bearish indication at peaks) has so far failed to seduce sellers. February, as you can see, trades a touch off session highs, up by about 1.7 percent.

RSI flow remains flirting with trendline resistance. A downside move here has the 50.00 centreline in sight, while moves north could have the value invade overbought space.

Current flow is seen fluctuating between resistance parked at 0.7769 and drop-base-rally demand at around the 0.7727ish region (green).

Outside of this range, support at 0.7698 can be found, a previous Quasimodo resistance, while a bullish play may target resistance drawn from 0.7805.

H4 resistance mentioned above at 0.7769 recently made an entrance, following an earlier push off session troughs, movement that took on 0.7750 resistance and the 100-period simple moving average. A H1 close north of 0.7771 could spark a bullish theme to 0.78, despite a nearby Quasimodo resistance plotted at 0.7782.

RSI followers may also note the value climbed the 50.00 centreline, implying upside momentum is to the upside and could continue to overbought territory.

Monthly and daily timeframes displaying scope to attack higher levels places a question mark on H4 resistance from 0.7769. A H1 close above the latter could have breakout buyers make a show, with 0.78 (H1) targeted, set just south of H4 resistance at 0.7805.

Up by 1 percent, descending resistance (not considered traditional trendline resistance) takes the spotlight to the upside, etched from the high 118.66, whereas support inhabits 101.70.

Thursday extended Wednesday’s retracement out of supply from 106.33/105.78, consequently throwing light on the nearby 200-day simple moving average at 105.51.

The RSI indicator recently produced bearish divergence off overbought territory. Support remains on the table around 57.00.

The October 7 (2020) peak at 106.11 made a show Wednesday and, as you can see, stimulated a bearish response that extended into Thursday’s session.

Technical framework on the H1 scale shows price grinding towards the 100-period simple moving average at 105.61, with a break shining light on a neighbouring trendline support, taken from the low 104.41.

RSI fans will note the value is circling a 50.00 support area.

The reaction from daily supply at 106.33/105.78 might tempt sellers to extend the unit lower and retest the 200-day simple moving average around 105.51. Given the monthly timeframe’s bullish position right now (see above), a dip to the SMA could spark a bullish theme. Note the SMA also coincides closely with H4 demand at 105.26/105.41 and H1 trendline support.

Sterling nudged higher against the dollar Thursday amidst successful COVID-19 vaccinations across the UK. As you can see, this placed supply at 1.3996/1.3918 under pressure.

North of supply we can see we have resistance parked at 1.4011, a previous Quasimodo support base (red).

RSI action remains teasing the upper edge of a 3-month range between support around 47.00 and resistance at the 66.00 region, testing overbought territory.

For those who read previous analysis you may recall the following (italics):

Ultimately, what this has done is throw the key figure 1.40 into the realms of possibility, a psychological barrier aligning with a 100% Fib extension at 1.4022 and a 127.2% Fib projection from 1.3996. Therefore, this is likely to be on the radar for many GBP/USD traders today.