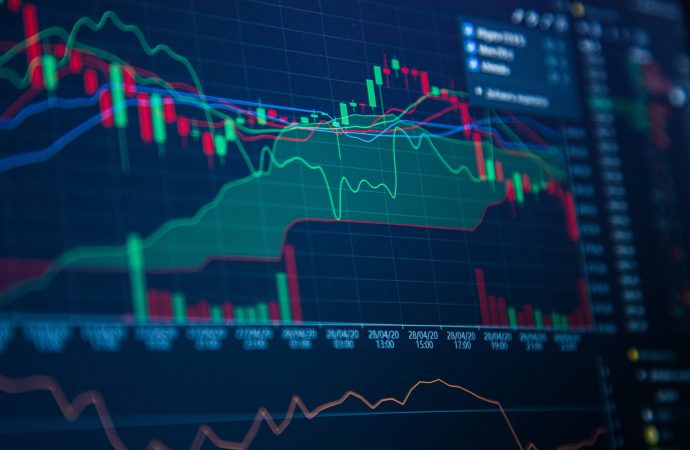 February has so far witnessed a healthy floor of bids emerge around the 1.1950 neighbourhood, consequently stirring a hammer formation (though we will not know this until the month concludes).

Albeit off best levels, Tuesday concluded another session mostly unmoved around 1.2130.

1.2190 tops, shadowed by Quasimodo resistance from 1.2278, are seen as possible upside targets.

RSI fans will note the value remains engaging with the 50.00 centreline, which happens to share space with two converging trendline resistances (yellow box).

USD bulls went on the offensive Tuesday, prompting bearish bets on EUR/USD following a whipsaw through 1.2150 resistance (a move commonly referred to as a stop run or a bull trap). In one fell swoop, we punched back through the 100-period simple moving average and shook hands with 1.21, which, as you can see, has served well as support during US trading.

Out of the RSI oscillator, the value bottomed north of oversold terrain and is on course to cross swords with the lower side of a resistance zone between 47.05 and 54.20.

A short-term support zone forged on the H1 timeframe (green) between the upper side of demand at 1.2078 and the 1.21 figure (between the area, H4 support is plotted at 1.2087), therefore, could attract a bullish scenario today and take the currency pair north of the 100-period simple moving average.

January’s half-hearted shooting star candle (often construed as a bearish indication at peaks) has so far failed to seduce sellers. February, as you can see, trades a touch off session highs, up by about 1.6 percent.

The Australian dollar found itself under pressure against a broadly stronger US dollar (DXY > 90.50) on Tuesday, establishing what many candlestick enthusiasts refer to as a bearish outside reversal.

Resistance at 0.7805 made an entrance in the early hours of trade on Tuesday, ultimately guiding price action through support at 0.7769.

As evident from the chart, 0.7769 currently serves as resistance and could ultimately lead things back towards support at 0.7698, a previous Quasimodo resistance. Note, however, that a bullish defence could also emerge around the 0.7727ish region (green – a drop-base-rally demand zone).

Tuesday’s depreciation directed intraday flow south of 0.78 on Tuesday, movement that tested the mettle of 0.7750 support and a nearby 100-period simple moving average.

With RSI flow dipping through a relatively long-standing trendline support, taken from the low 23.72, and space for sellers to stretch their legs south of 0.7750 to at least Quasimodo support from 0.7719 (followed by 0.77), a short-term bearish scene could emerge sub 0.7750.

Short term, a H1 close below 0.7750 is likely to stir a bearish theme towards 0.77 on the H1 (H1 Quasimodo support is potentially fragile having seen the level tested last Friday).

Up by 1.3 percent, resistance can be seen in the form of a descending line (not considered traditional trendline resistance), etched from the high 118.66, whereas support continues to inhabit 101.70 in the event sellers make a show.

Notably, price action on the daily chart made its way above the 200-day simple moving average at 105.53 yesterday, registering a fifth successive daily advance and testing the walls of supply coming in from 106.33/105.78.

Breaking north of a 200-day simple moving average is generally interpreted as a bullish indication, a move that may tempt buyers to take on the aforementioned supply and reach for another layer of supply arranged at 107.58/106.85.

The RSI indicator is seen edging its way back into overbought territory and also possibly bringing bearish divergence to the table.

In line with the US dollar index staging a strong bullish show and the 10-year US Treasury yield puncturing 1.30 percent, USD/JPY bulls pressed higher from demand at 105.26/105.14 (previous supply).

Recent bullish flow, as you can see on the H1 chart, saw the unit topple a number of resistances, including psychological resistance at 106.

Assuming buyers maintain a bullish presence above 106, this could stir interest to Quasimodo resistance at 106.27.

The RSI indicator, as you might expect in view of the upside movement since last week, continues to explore overbought territory. Notice that support also formed around the 44.00ish range, a common scenario in a rising market.

With H1 visibly retesting 106 as support, following an earlier breach, this suggests H4 may attempt to overthrow the October 7 (2020) peak at 106.11. Fuelled on the back of monthly price striving for higher levels, this could have intraday flow draw towards Quasimodo resistance at 106.27 on the H1, followed by the H4 127.2% Fib projection at 106.44.

Despite refreshing 2021 highs on Tuesday, GBP/USD remains testing the spirit of supply at 1.3996/1.3918. Candlestick traders will also note yesterday’s action forged an indecision candle, which could, given the market trending higher since 2020, be interpreted as a bearish cue. Essentially, though, buyers and sellers are in a standoff.

RSI action recently broke above the upper edge of a 3-month range between support around 47.00 and resistance at the 66.00 region (the value stands at 67.67), and is on the verge of entering overbought territory.

Technical studies derived from the H1 chart reveal price action tracking ground south of the 1.39 figure, which could see the pair embrace trendline support, taken from the low 1.3566, fixed together with a nearby 100-period simple moving average.

A test of the aforesaid trendline support, however, could also bring about a whipsaw to neighbouring support at 1.3850.

The monthly timeframe eyeing 1.4376, in addition to H4 price recently testing the upper edge of supply at 1.3942/1.3900, potentially shines the technical spotlight on H1 trendline support as a possible platform buyers may be attracted to.