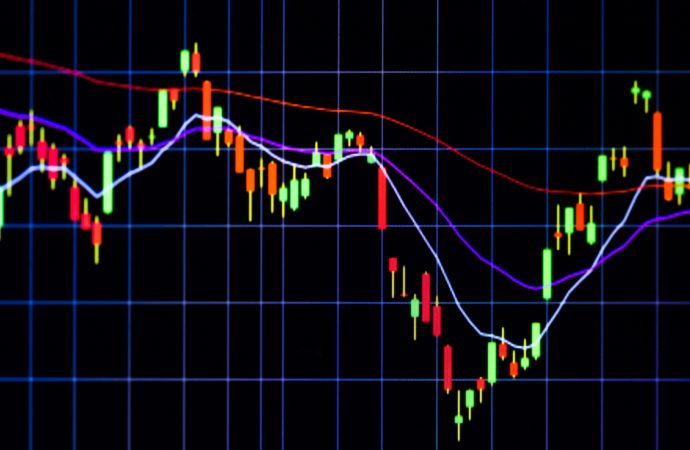 February has so far witnessed a healthy floor of bids emerge around the 1.1950 neighbourhood, consequently stirring a hammer formation (though we will not know this until the month concludes).

RSI fans will note the value remains engaging with the 50.00 centreline, which happens to share space with two converging trendline resistances (yellow box).

Outlook unchanged due to lacklustre performance –

Quasimodo resistance at 1.2142—aligning with a 78.6% Fib level at 1.2138 and a 50.0% retracement at 1.2149—remains centre of attention on the H4 scale, withstanding two upside attempts last week. Space north of here may call for resistance at 1.2179, with subsequent buying to possibly take aim at another resistance plotted at 1.2214.

As you can see, Friday also discovered a healthy pocket of bids from swing support recognised at 1.2087, leaving 1.2075 support unchallenged.

47.05/54.20 continues to serve as support out of the RSI indicator, a support/resistance area in play since the beginning of February.

Both monthly and daily timeframes ended last week off worst levels, in the shape of a hammer pattern—movement often interpreted as a bullish cue. By the same token, both charts demonstrate room to scale higher, targeting 1.2190 tops on the daily chart.

On the shorter term, H4 Quasimodo resistance at 1.2142, despite blending closely with Fib studies, has failed to invite selling beneath local H4 support at 1.2087. The non-committal tone from sellers, along with H1 holding off the 100-period simple moving average, places a question mark on the H4 Quasimodo formation.

According to chart studies, therefore, H1 buyers could potentially reach for the 1.22 neighbourhood.

January’s half-hearted shooting star candle (often construed as a bearish indication at peaks) has so far failed to seduce sellers. February, as you can see, trades a touch off session highs, up by about 2 percent.

North of 0.7782, technical elements imply a continuation bid, refreshing 2021 pinnacles and possibly drawing in supply from 0.7937/0.7890. Sellers regaining consciousness, on the other hand, could lead trendline support back into the fight, an ascending level drawn from the low 0.5506.

Bearish flow stepped aside within supply at 0.7769/0.7749 in recent trading, tripping any stops and retesting the upper side of the zone.

Quasimodo resistance plotted at 0.7781 appears to have already been consumed, with continuation moves potentially eyeballing resistance taken from 0.7805.

AUD/USD action was pretty much muted on Monday, despite managing to eke out modest gains on the session.

Upstream, 0.78 psychological resistance resides close by, while lower on the curve, sellers could approach 0.7750 support and the 100-period simple moving average.

Familiar trendline support, taken from the low 23.72, remains in the frame on the RSI, with the value continuing to claw out position north of the 50.00 centreline.

The monthly could call for higher levels over the coming weeks, which may lend buyers support on the daily scale and have the pair refresh 2021 highs, with daily supply at 0.7937/0.7890 also to possibly make an entrance.

The combination of 0.71 and 0.7805 could also attract a short-term correction move, though given higher timeframe flow pointing higher, any moves lower could be short-lived.

Buyers are beginning to show some life on the monthly scale, following January’s bullish engulfing candle.

Technical structure to be mindful of:

The RSI indicator rebounding from 57.00 support (previous resistance) has elbowed overbought conditions back in sight.

Supply at 105.26/105.14 failed to inspire follow-through selling on Monday and swiftly stepped aside. Trekking higher terrain today, therefore, could be in the offing, taking aim at the alternate AB=CD resistance at 105.63 (the 127.2% Fib extension)—provided a platform for sellers to work with early last week.

The above swings the pendulum in favour of buyers, at least in the short term until we shake hands with 105.63.

Failure to breakout higher is likely to shift interest to support priced at 105.14, followed by the 105 figure.

The RSI indicator shows the value recently exited overbought waters and is currently hovering around the 65.00 neighbourhood.

Monthly, daily and H4 timeframes point to a possible breakout above the H1 timeframe’s bullish pennant, targeting at least H1 Quasimodo resistance from 105.55 (aligns with the 200-day simple moving average around 105.53 and the H4 alternate AB=CD resistance at 105.63).

Amidst a modestly softer USD and vaccine optimism out of the UK, GBP/USD welcomed fresh yearly peaks ON Monday and tested supply at 1.3996/1.3918. This follows the break of resistance at 1.3755 earlier last week.

RSI enthusiasts will note the indicator recently broke above the upper edge of a 3-month range between support around 47.00 and resistance at the 66.00 region (the value stands at 68.78), and is on the verge of entering overbought territory.

As you can see, the lower side of the rising wedge has already given way. Should 1.39 step aside, downside may gain speed and test 1.3850 support, along with nearby trendline support, taken from the low 1.3566.