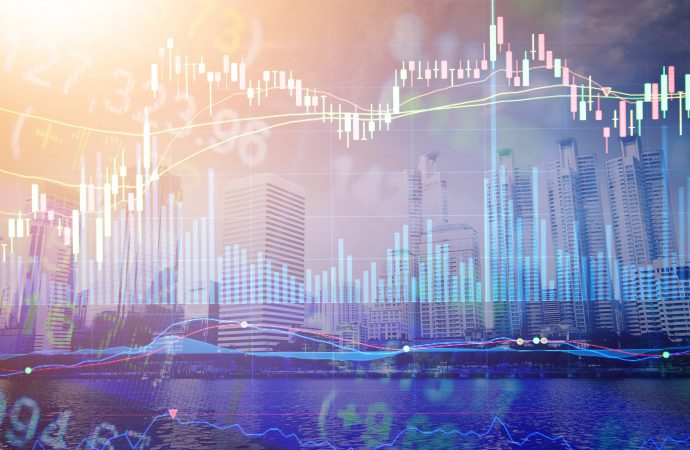 As you can see, Thursday modestly built on recent upside, with price action closing in on 1.2190 tops, followed by Quasimodo resistance from 1.2278.

In the event sellers make a show from current resistance, a dive to support at 1.2057 could be in store.

Quasimodo resistance at 1.2142 noted on the H4 scale is also a prominent fixture on the H1 timeframe. In view of the lacklustre selling seen from 1.2142—unable to puncture 1.2115 and test 1.21 support—moves higher could be in store.

Consumed H1 Quasimodo resistance at 1.2173 signals the 1.22 resistance level could also be in the offing should 1.2142 give way.

47.05/54.20 support is visibly in play out of the RSI indicator, an area withstanding a handful of downside attempts since February 8.

H4 Quasimodo resistance at 1.2142 is clearly under pressure, with sellers currently exhibiting a non-committal tone.

This—coupled with daily and monthly timeframes demonstrating room to scale higher—could trigger a bullish breakout theme north of 1.2142 today, with H4 resistance at 1.2179 targeted, closely followed by the 1.22 resistance (H1).

January’s half-hearted shooting star candle (often interpreted as a bearish signal at peaks) has so far failed to seduce sellers. February, as you can see, trades a touch off session highs, up by about 1.5 percent.

Amid renewed USD softness, AUD/USD bulls went on the offensive Thursday and reclaimed Wednesday’s tentative bearish phase. Northbound, offers appear relatively thin until 0.7782 tops, along with the 2021 peak at 0.7820.

Retreating from 0.7771 session peaks led AUD/USD back to retest the grip of 0.7750 support. Buyers and sellers are currently squaring off around the aforesaid level, with buyers poised to take control and throw light on a potential advance to Quasimodo resistance at 0.7777, with a break uncovering the 0.78 figure.

Recent movement out of the RSI indicator reveals the value balancing off 53.60 after an earlier push to highs ahead of overbought terrain.

All four timeframes show buyers may be eyeballing higher ground. The combination of H4 support at 0.7747 and 0.7750 support could provide buyers a platform to work with today and push for at least H1 Quasimodo resistance at 0.7777.

Wednesday exhibited a pretty much even session, with Thursday, albeit modestly higher on the day, unable to generate sufficient energy to breakout of Wednesday’s range.

Current movement follows the recent rejection from the lower side of supply at 106.33/105.78 and 200-day simple moving average at 105.55. Further selling could eventually pull things to trendline resistance-turned support, pencilled in from the high 111.71.

With reference to the RSI indicator, the value is testing the lower side of a support-turned resistance at 57.00. RSI fans may also note the recent trendline support break.

Tuesday’s downside move, as underlined in previous writing, landed Wednesday at the 38.2% Fib level taken from 104.50—a level representing the initial take-profit objective from the alternate AB=CD resistance at 105.63 (the 127.2% Fib extension).

As you can see, Thursday saw buyers maintain a somewhat cautious defence off the 38.2% Fib. South of here shines the technical spotlight on nearby trendline support (102.59), together with support at 104.16.

104.50 continues to provide buyers with a supportive platform on the H1 scale, with price closing in on the 100-period simple moving average from 104.88, and possibly the 105 figure and 105.14 resistance.

What also remains interesting on the H1 is demand forged from 104.21/104.37. A whipsaw beneath 104.50 into the aforesaid demand could spark a short-term bullish scenario.

The daily timeframe’s downside flow implies longer-term sellers still have the upper hand until crossing swords with trendline support around the 103.70 neighbourhood.

As you can see, buyers have so far failed to find grip north of 1.3819, despite Tuesday’s strong-willed advance above resistance at 1.3755. Candlestick enthusiasts will note two back-to-back shooting star candle patterns formed—structure generally interpreted as a bearish signal.

Interestingly, the RSI indicator is seen touching gloves with the upper edge of a 3-month range between support around 47.00 and resistance at the 66.00 region (the value stands at 64.80). It is common to see higher oversold support areas form in an uptrend.

Resistance at 1.3852, a previous Quasimodo support, remained a reasonably forceful ceiling on Thursday, threatening a possible dip to support at 1.3751 (prior Quasimodo resistance) and nearby demand at 1.3729/1.3748.

Holding off the Fib arrangement guided a 1.38 retest on Thursday, a level which sparked modest intraday bullish interest. Traders will also note the 100-period simple moving average circling close by at 1.3789.

From the RSI indicator, the value nudged beneath trendline support and prompted a swift retest which held into Thursday’s close.

Monthly price remains optimistic. Though given the daily bearish candlestick formations, a 1.3755 support retest may have to occur before buyers make an entrance.

Does this imply H1 buyers around the 1.38 figure are on thin ground? As a push south of here also directs focus to H4 support at 1.3751.