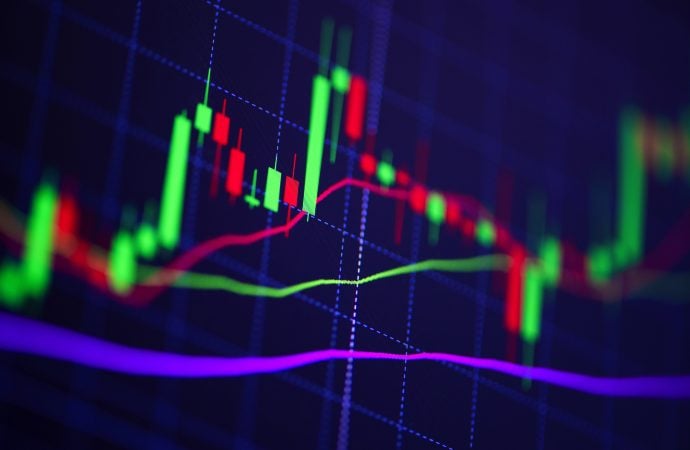 As you can see, Wednesday modestly built on recent upside, with price action closing in on 1.2190 tops, followed by Quasimodo resistance from 1.2278.

In the event sellers make a show from current resistance, a dive to support at 1.2057 could be in store.

Buyers and sellers spent Wednesday squaring off around supply at 1.2136/1.2119. While the majority of offers appear to have been cleared, H4 Quasimodo resistance mentioned above at 1.2142 has proven an effective ceiling and guided H1 below a local trendline support (1.1953)—a move potentially prompting a sell-off to 1.21 support.

Monthly, daily and H4 price action, according to our chart studies, call for higher levels. In light of this, H1 supply and descending resistance are perhaps fragile. Anyone feel a fakeout of H1 stops to test the H4 Quasimodo level could be on the menu?

As evident from H4 and H1 charts, a fakeout above H1 supply at 1.2136/1.2119 into offers at H4 Quasimodo resistance from 1.2142 appears to have occurred. Though given daily and monthly timeframes demonstrate room to advance, 1.21 support on the H1 could provide a platform for buyers to re-enter the fight.

January’s half-hearted shooting star candle (often interpreted as a bearish signal at peaks) has so far failed to seduce sellers. February, as you can see, trades around session highs, up by about 1.1 percent.

Buyers stepped aside on Wednesday amidst a USD pullback (DXY off worst levels).

In spite of numerous upside attempts, a healthy pocket of offers capped buying on Wednesday at Quasimodo resistance drawn from 0.7747.

Sellers have since strengthened their grip and appear poised to cross swords with support at 0.7698—a prior Quasimodo resistance level.

The combination of Quasimodo resistance at 0.7754 and 0.7750 resistance directed price lower on Wednesday. Technical elements, therefore, point to a potential 0.77 retest today, which happens to share space with a neighbouring 100-period simple moving average around 0.7687, and a 38.2% Fib level at 0.7688.

Recent movement out of the RSI indicator reveals momentum dipped beneath the 50.00 centreline, suggesting a push for oversold space could be on the cards.

With monthly action currently on the front foot and daily flow holding north of trendline support (albeit modestly correcting Wednesday), a test of H4 support at 0.7698—a previous Quasimodo resistance—and 0.77 support on the H1 could encourage buyers today.

Wednesday exhibited a pretty much even session, generating an indecision doji candlestick formation (between a 104.84 high and a 104.40 low).

This follows the recent rejection from the lower side of supply at 106.33/105.78 and 200-day simple moving average at 105.55. Further selling could eventually pull things to trendline resistance-turned support, pencilled in from the high 111.71.

Technical eyes may also be drawn to the RSI indicator, as the value tunnelled through both support at 57.00 and trendline support.

Tuesday’s depreciation, as underlined in previous writing, landed Wednesday at the 38.2% Fib level taken from 104.50, representing the initial take-profit objective from the alternate AB=CD resistance at 105.63.

Additional selling highlights possible bids around trendline support (102.59), together with nearby support at 104.16.

A whipsaw through 104.50 support took shape on Wednesday, likely squeezing some buyers out of the market and simultaneously generating a bear trap. Nevertheless, demand at 104.21/104.37 remains lying in wait, while upside movement could propel the unit towards the 105 figure, closely shadowed by resistance at 105.14 and the 100-period simple moving average.

The daily timeframe’s flow implies longer-term sellers still have the upper hand until crossing swords with trendline support around the 103.70 neighbourhood.

Short term, however, buyers could still look to take this currency pair higher. As underscored in Wednesday’s writing, buyers may be drawn to a whipsaw through 104.50 bids on the H1 which may snag fresh bids off H1 demand at 104.21/104.37. Should this come to fruition, upside targets fall in around the 105 region (H1).

After a spirited climb above resistance at 1.3755—momentum that saw Tuesday close at session peaks—Wednesday responded by way of a shooting star, a candlestick pattern generally viewed as a bearish signal at peaks.

Interestingly, the RSI indicator is seen touching gloves with the upper edge of a 3-month range between support around 47.00 and resistance at the 66.00 region (the value stands at 64.80). It is common to see higher oversold support areas form in an uptrend.

The pair retesting 1.3763 as support Tuesday led Wednesday to fresh 2021 pinnacles at 1.3866, and at the same time shook hands with resistance at 1.3852, a previous Quasimodo support.

As evident from the chart, sellers have certainly made a show though whether the move contains enough force to retest 1.3763 is difficult to estimate.

Holding off the Fib arrangement calls for a possible 1.38 retest today, with a break possibly leading to 1.3751 support—a prior Quasimodo resistance.

Notably on the RSI indicator, the value nudged beneath trendline support and is on the verge of connecting with the 50.00 centreline.

Monthly price remains optimistic, along with daily price, despite printing a bearish candlestick formation on Wednesday, showing room to travel to supply at 1.3996/1.3918. Though a 1.3755 support retest may have to occur before we see buyers make an entrance.

On the short term, H1 has the 1.38 figure calling for attention as possible support, while a dip beneath here could see H4 support make a show at 1.3763, aligned just north of H1 support at 1.3751 and daily support mentioned above at 1.3755.