February 10th 2022: Technical Outlook Ahead of US CPI Data 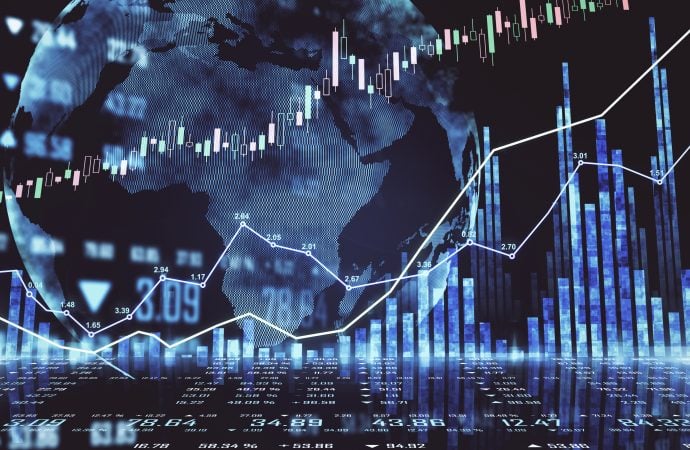 US Treasury yields dipped across the curve on Wednesday, weighing on the US dollar index and consequently underpinning a mild EUR/USD bid.

Technically speaking, ahead of today’s inflation data out of the US, chart studies echo a difference of opinion between longer-term timeframes eyeing lower prices and short-term time periods airing the possibility of elbowing higher.

A clear bearish narrative engulfs the bigger picture of EUR/USD, as underscored in recent writing (italics):

The weekly timeframe is modestly fading the lower side of long-standing resistance at $1.1473-1.1583, a base entertaining active S/R since late 2017. Technicians will acknowledge trend sentiment favours the rejection, communicating a bearish environment since topping at $1.2350 at the beginning of January (2021). This is reinforced by the monthly timeframe’s long-term (some would say ‘primary’) downtrend since mid-2008.

Extending the technical reading to the daily timeframe, we can see the $1.1483 14th January peak (marked key watch) formed a ceiling in this market in recent trading, aiding the technical presence of current weekly resistance. Further to this, the (RSI) relative strength index (a popular measure of momentum) has begun rotating lower ahead of 8-month resistance at 63.66. Continued interest to the downside places the $1.1369-1.1309 price support zone in sight, which happens to intersect with trendline resistance-turned support, extended from the high $1.2254.

Helped by the H1 timeframe recoiling from $1.14 (complemented by a Fibonacci cluster between $1.1392 and $1.1400), the H4 timeframe breached the upper boundary of a pennant formation, drawn from the high $1.1484. This implies a test of the H4 61.8% Fibonacci retracement at $1.1475 (green), followed by H4 resistance at $1.1530. However, the profit objective derived from the pennant is somewhat ambitious considering the unit trades from higher timeframe resistance (see above). By extending the ‘pole’ distance (black arrows) and adding this value to the breakout point, the pattern’s upside target is within close range of $1.1650 (above current weekly resistance at $1.1473-1.1583 and nearby daily resistance coming in at $1.1667).

Joining the current H4 Fibonacci ratio is H1 Quasimodo resistance at $1.1481, arranged under the $1.15 psychological figure. Further supporting a short-term bullish phase is the H1 RSI remaining above the 50.00 centreline.

Knowing the higher timeframes are pushing forward a bearish tone, upside attempts on the H4 and H1 timeframes are unlikely to receive much attention. Confirmation of this, from a technical perspective, is a H1 close under $1.14, action that could trigger follow-through selling.

As traders attempt to position themselves for today’s US inflation figures, the weekly timeframe has AUD/USD establishing a floor within the parapets of prime support from $0.6968-0.7242. This casts light on weekly resistance at $0.7501, despite the immediate trend suggesting upside momentum could wane. The daily timeframe’s prime resistance is now in play at $0.7196-0.7151, welcoming a test of its range in recent movement. Overthrowing this area, therefore, would help confirm buyer intent, zeroing in on daily trendline resistance, taken from $0.7891. It may also interest traders to note the relative strength index (RSI) voyaged above the 50.00 centreline, a move highlighting positive upside momentum (average gains exceeding average losses).

Against the backdrop of higher timeframes, the picture out of the H4 chart shows price nudged above trendline resistance, drawn from the high $0.7314, and shook hands with Quasimodo support-turned resistance at $0.7196. While $0.7196 is stable for now, the concern for sellers is trendline resistance delivering support. In the event of a move higher, harmonic traders will acknowledge a potential harmonic Bat pattern’s PRZ between $0.7274 and $0.7241.

A closer examination of price action on the H1 timeframe shows the unit broke out above the ascending triangle ($0.7138/40.7107) and subsequently tested a local decision point at $0.7142-0.7151. As you can see, we are now within a stone’s throw of $0.72 and Quasimodo resistance at $0.7206 (situated close by H4 Quasimodo support-turned resistance at $0.7196). Momentum studies on the H1 chart also shows the RSI circling overbought territory at the moment.

The following represent points of note in previous writing which still carry weight:

H1 resistance-turned support at ¥115.42 is key ahead of today’s US CPI release. Subsequent buying here—supported by the H1 RSI bouncing from the 50.00 centreline—is likely to zero in on ¥116, closely shadowed by a 100% Fibonacci projection at ¥116.20. Harmonic traders will acknowledge ¥116.20 as another AB=CD configuration, set just beneath the H4 timeframe’s AB=CD.

With the long-term trend facing higher, the H1 timeframe overthrowing resistance at ¥115.42 and retesting the level possibly throws ¥116 on the menu.

The H4 scale shows a possible AB=CD bearish configuration in the direction of daily Quasimodo resistance at ¥116.33. This, coupled with the weekly timeframe’s current resistance at ¥116.09, delivers an upside objective for current long positions. Furthermore, what this does is inform short-term traders that a break above ¥115.42 and ¥116 are likely to be viewed as bullish signals on the H1, suggesting any retest of the breached levels could offer a floor for buyers to work with.

Fading session highs just south of $1.36, buyers and sellers ended Wednesday in neutral territory as traders gear up for today’s US inflation print.

Technical observations draw attention to daily resistance at $1.3602, a base entering the fight at the tail end of last week. Weakness from here shines the technical spotlight on support at $1.3355, with follow-through downside perhaps throwing Quasimodo support into the mix at $1.3119. Of note, the aforementioned support shares chart space with the weekly timeframe’s double-top pattern’s ($1.4241) profit objective at $1.3090. If daily action moves above current resistance, traders are urged to pencil in the 200-day simple moving average at $1.3702.

Technically, trend studies remain unchanged. Despite the 7.5 percent dip from ‘double-top’ peaks at 1.4241, the weekly timeframe has been higher since early 2020. However, it’s important to recognise that while the trend on the weekly timeframe demonstrates an upside bias, the monthly timeframe’s long-term trend has been lower since late 2007 and the daily price trades beneath its 200-day simple moving average.

Shorter term, H4 is poised to form an AB=CD pattern (black arrows) which terminates beyond H4 Quasimodo resistance-turned support at $1.3498 and into the limits of a H4 prime support at $1.3428-1.3444. Therefore, the aforementioned area is likely to be monitored should a push under $1.3498 take shape. H4 structure suggests H1 prime support at $1.3477-1.3514 is unlikely to garner much technical attention and the H1 decision point from $1.3441-1.3459 serves as a possible downside target (residing within H4 prime support).

In terms of momentum in this market, the daily timeframe’s relative strength index (RSI) is hovering ahead of the 50.00 centreline, while the H1 RSI crossed below its 50.00 mid-point and is fast approaching oversold waters.