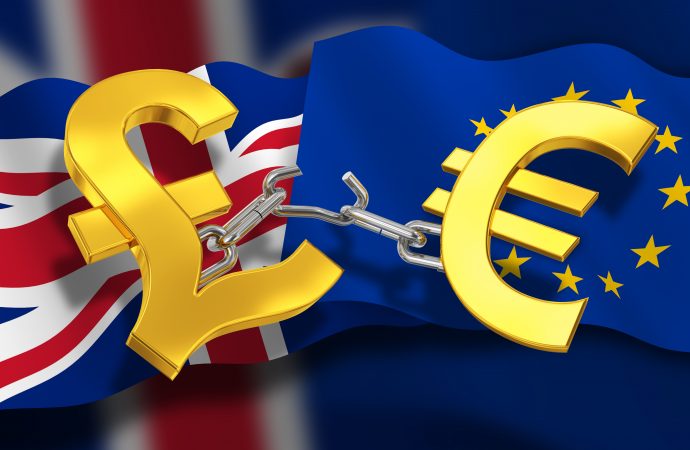 Following the break of long-term trendline resistance (1.6038) in July, and subsequent break of supply from 1.1857/1.1352 in August, a modest correction surfaced. However, with buyers making an entrance in November and December trading higher by 1.6 percent, this argues additional upside may be on the horizon, with ascending resistance (prior support – 1.1641) perhaps targeted.

Although shaping two shooting star patterns into the second half of last week, sellers failed to navigate space below 1.2095, a level now acting as support. A recovery here directs attention to the descending wedge pattern’s take-profit target at 1.2309 (yellow).

RSI fans, however, will note the value recently crossed paths with overbought space and is on track to exit the area.

It might also be of interest to some traders to note the RSI voyaged below 50.00. 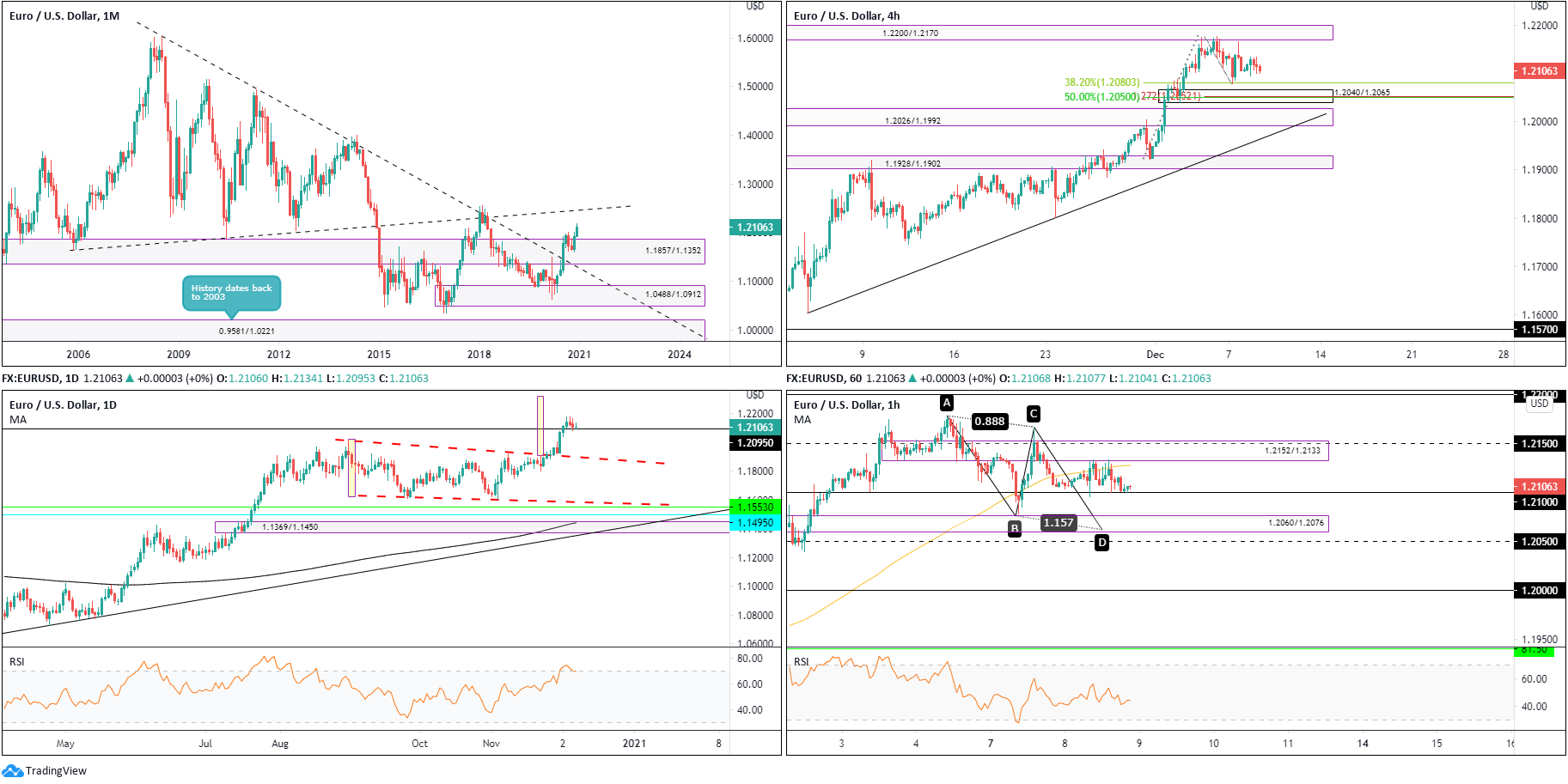 Demand at 0.7398/0.7420 remains in the mix on the H4 chart this morning, following a lacklustre Tuesday. A rebound from the aforesaid zone perhaps pulls in the ascending triangle take-profit target (pink) at 0.7463. Current demand giving way, on the other hand, could have the upper side of the ascending triangle region make a show at 0.7340.

Although Tuesday demonstrated uninspiring movement, intraday activity did manage to cross paths with demand at 0.7391/0.7401, buttoned to the lower side of H4 demand at 0.7398/0.7420 and aligning with the 0.74 level. Candlestick traders will note the demand area was tested by way of a hammer candlestick configuration.

However, any upside attempts from the zone could be hindered by the 100-period simple moving average, currently circulating 0.7423.

As communicated on Tuesday, with monthly price calling for higher levels, and daily supply from 0.7453/0.7384 in a fragile state, the test of H1 demand at 0.7391/0.7401 may spark follow-through interest to the upside. 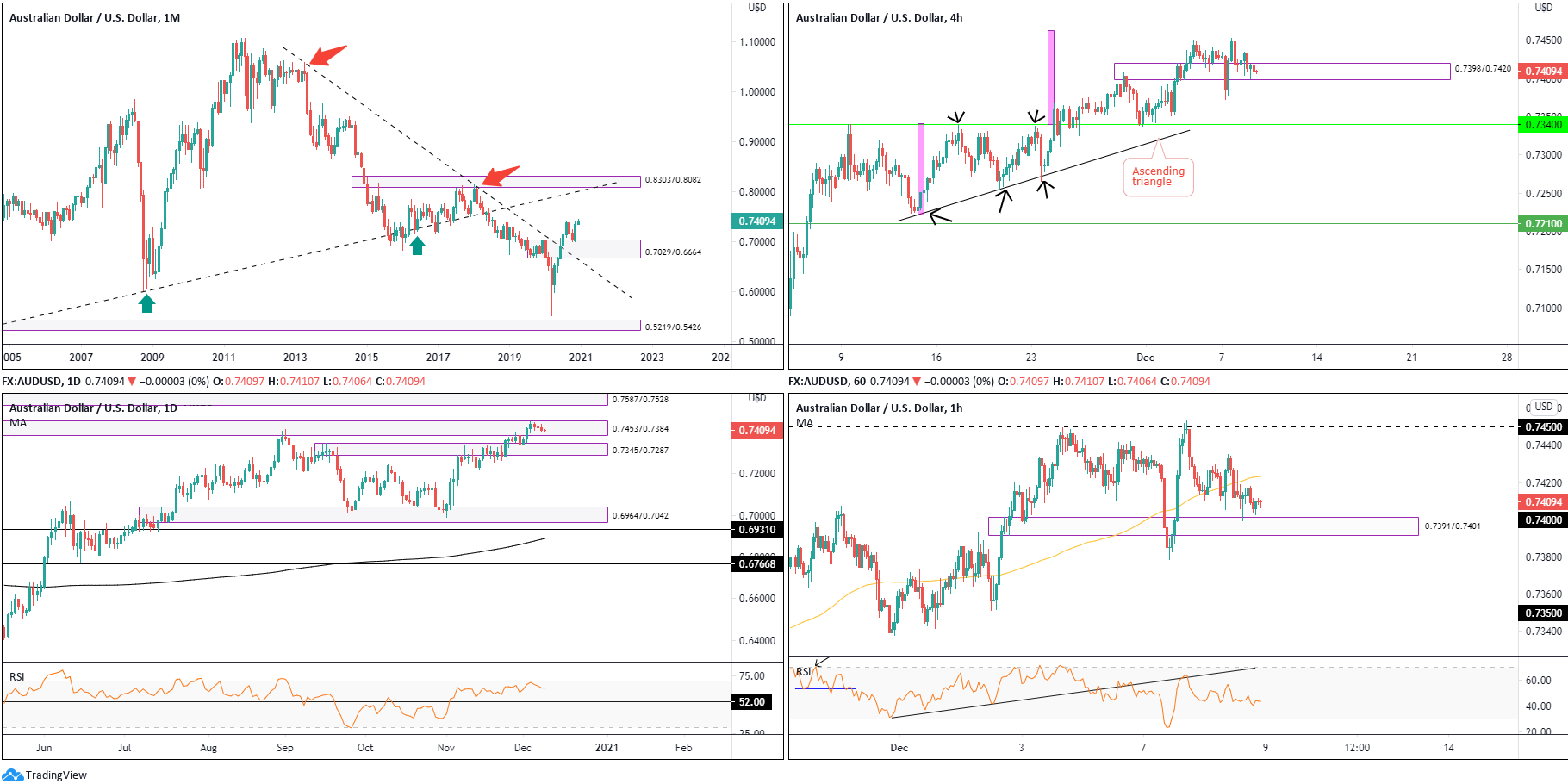 Having seen both support and resistance welcome at least two consecutive tests, the H4 chart is considered rangebound for the time being.

Another interesting feature on the H1 chart is the recent formation of a bearish flag (103.92/104.14). Although not the prettiest, a break of the lower side of the aforesaid bearish flag could signal sellers may attempt to overrun 104 to reach H4 support at 103.70.

In terms of the RSI indicator, the value is drifting above the 50.00 level.

The above implies H4 sellers could try to make an entrance off 104.20 today, perhaps breaching the lower base of the H1 bearish flag.

With monthly trendline resistance making an entrance and daily supply also recently joining the fight at 1.3622/1.3467, sellers may eventually take the lead despite Monday and Tuesday finishing off session lows.

An interesting consolidation is taking shape on the H1 chart between the 1.34 and 1.33 levels, with the upper handle sharing space with the 100-period simple moving average.

Monthly price flirting with trendline resistance, as well as daily supply stepping forward last week at 1.3622/1.3467, communicates a bearish vibe. Although the immediate trend faces higher on the daily timeframe, the bearish structure and monthly downtrend suggests sellers still have the advantage.

From the above, 1.34 resistance and the 100-period simple moving average is potentially relevant. A H1 close above 1.34, though, shines light on H1 supply at 1.3495/1.3462 and the AB=CD bearish pullback as a potential base for sellers. 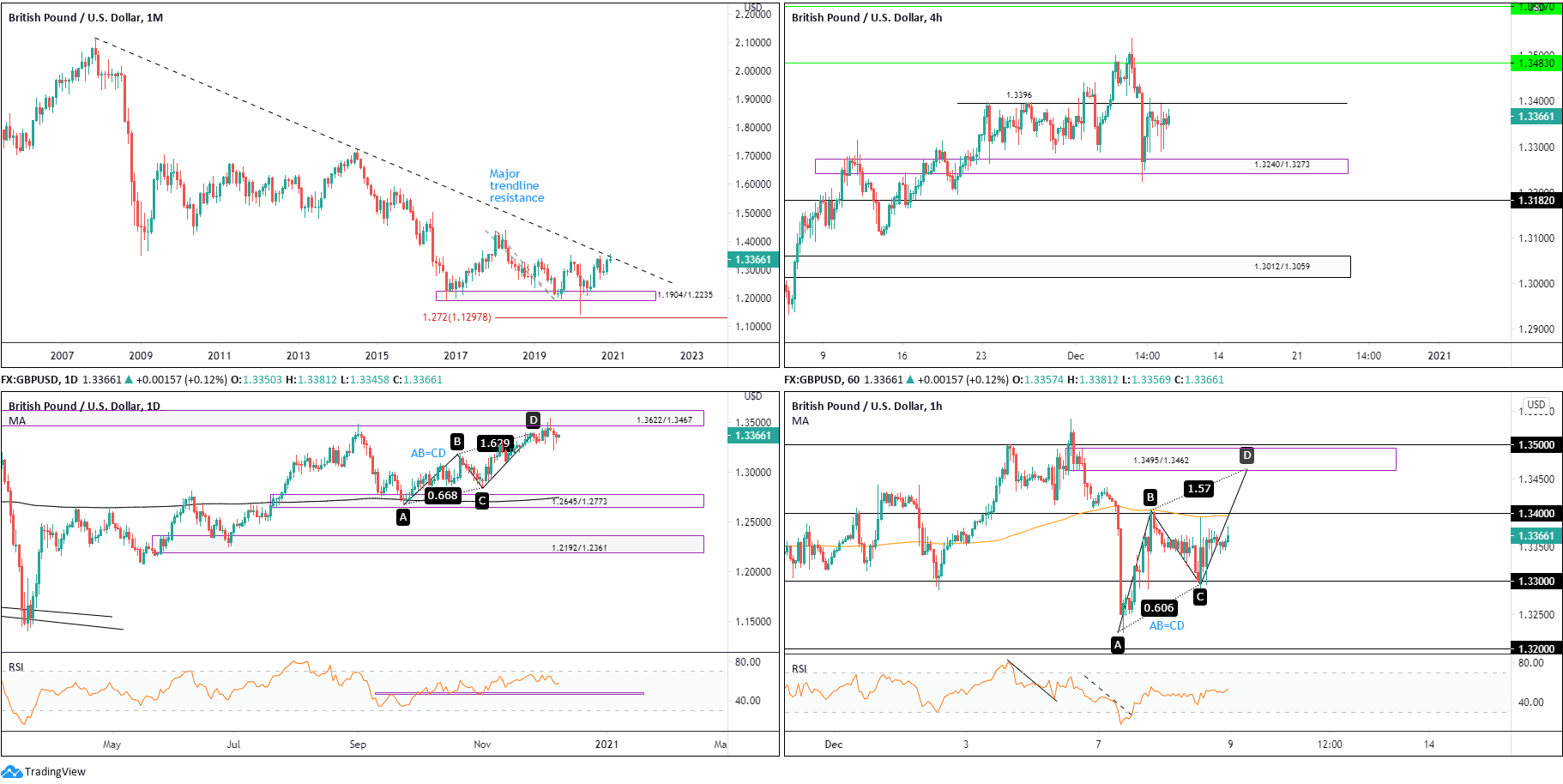