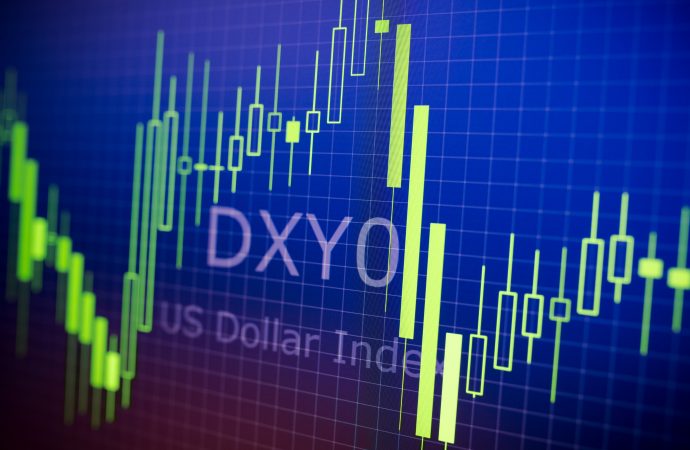 Following the break of long-term trendline resistance (1.6038) in July, and subsequent break of supply from 1.1857/1.1352 in August, a modest correction surfaced. However, with buyers making an entrance in November and December trading higher by 1.6 percent, this argues additional upside may be on the horizon, with ascending resistance (prior support – 1.1641) perhaps targeted.

Although shaping two shooting star patterns into the second half of last week, sellers failed to navigate space below 1.2095, a level now acting as support. A recovery here directs attention to the descending wedge pattern’s take-profit target at 1.2309 (yellow).

RSI fans, however, will note the value recently crossed paths with overbought space and is on track to exit the area.

Yesterday’s moderate decline, which recently pulled H1 under its 100-period simple moving average at 1.2117, elbowed demand at 1.2060/1.2076 and an AB=CD correction into the range of vision. Traders will note that in order to reach this area, the 1.21 level must be taken out.

The RSI voyaged above 50.00 on Monday, yet struggled to find acceptance north of the mid-way point and consequently retreated to the 40.00s area.

Following a mild correction that addressed the upper border of demand at 0.7029/0.6664 (prior supply), buyers have so far responded well. Up by 4.5 percent in November, with December also trading higher by 1.1 percent, buyers appear free to explore as far north as 0.8303/0.8082 in the coming months, a supply zone aligning closely with trendline resistance (prior support – 0.4776).

Supply at 0.7453/0.7384 remains under attack as Monday wraps up considerably off worst levels.

Following an early retest at the upper boundary of an ascending triangle from 0.7340 last week, buyers took the currency pair to fresh yearly peaks yesterday.

Above, crosshairs are likely directed towards 0.7463, the ascending triangle take-profit target (pink).

0.7450 continues to serve as resistance, a horizontal level fixed within the upper range of daily supply at 0.7453/0.7384 and also aligning with trendline resistance (prior support) on the RSI.

Since November 20, price movement on the daily chart has offered a somewhat muted stance.

Having seen both support and resistance welcome at least two consecutive tests, the H4 chart is considered range bound for the time being.

Despite considerable effort, buyers found a lack of grip above 104.20 and slumped to intraday lows at 103.92, testing the mettle of psychological support at 104.00. As we can see, 104 remains on board as we move into Asia Pac hours.

In terms of the RSI indicator, the value is drifting just beneath the 50.00 level, down from peaks at 64.00. 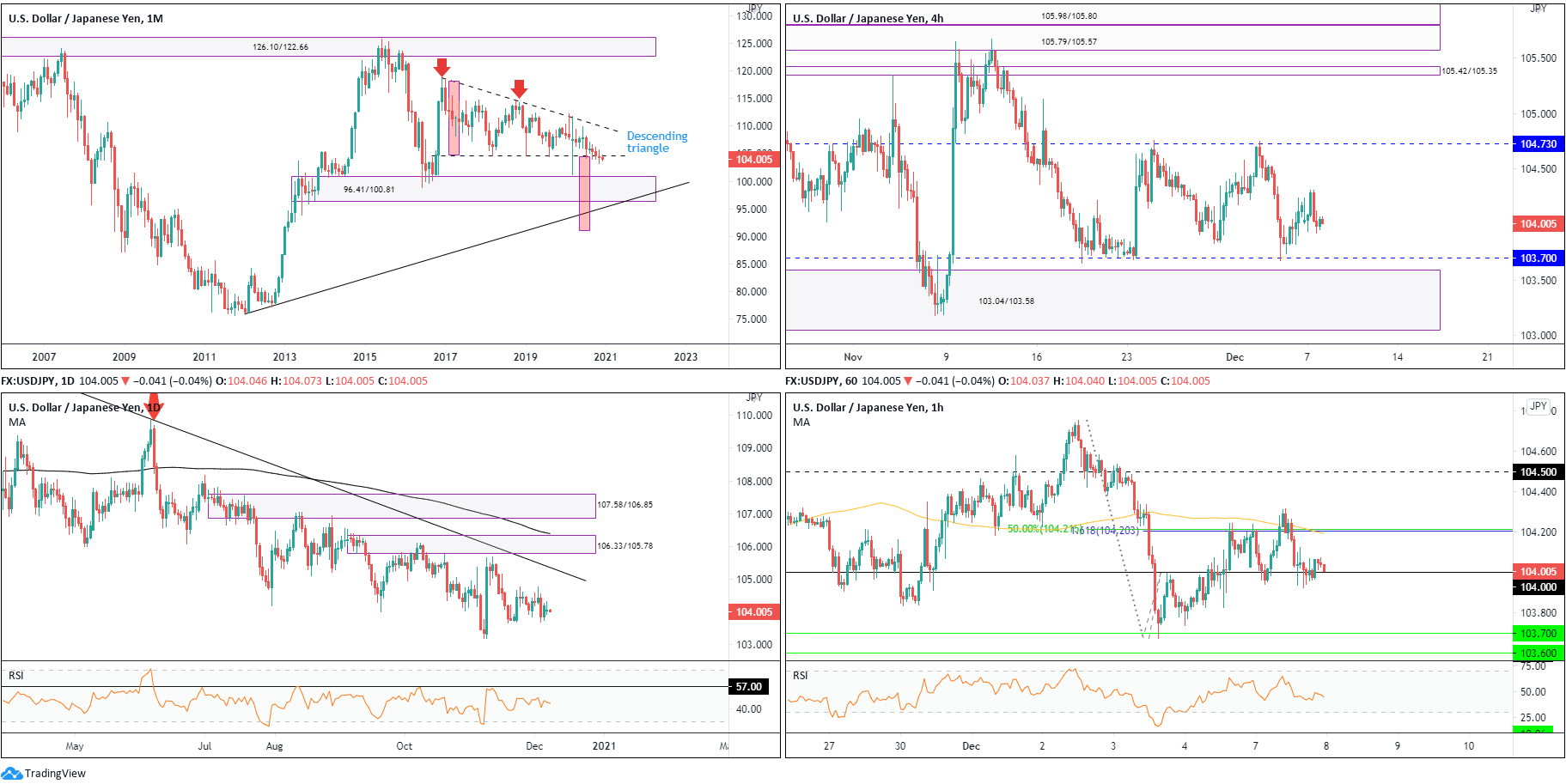 With monthly trendline resistance making an entrance and daily supply also recently joining the fight at 1.3622/1.3467, sellers may eventually take the lead despite Monday finishing off session lows.

Monday’s downside, triggered amid Brexit headlines, whipsawed through demand at 1.3240/1.3273 and forged a low ahead of support priced in at 1.3182.

As you can see, the day finished welcoming recovery gains into resistance from 1.3396. Above, traders will see resistance plotted at 1.3483.

Although slumping to lows just ahead of the 1.32 level Monday, in line with the RSI nosediving into oversold waters and forming an AB=CD correction, buyers made a strong comeback heading into US trading.

Buyers recaptured 1.33 to the upside and swiftly retested the latter as support by way of a hammer pattern and eventually elevated towards the 1.34 level and aligning 100-period simple moving average (so far has held buyers back).

Although the immediate trend faces higher on the daily timeframe, the bearish structure and monthly downtrend suggests sellers still have the advantage.

In light of the above, the 1.34 reaction is unsurprising as the round number also brought with it additional confluence: the 100-period simple moving average and H4 resistance found at 1.3396. This implies sellers could continue to discover lower levels, perhaps taking aim at the 1.33 region.