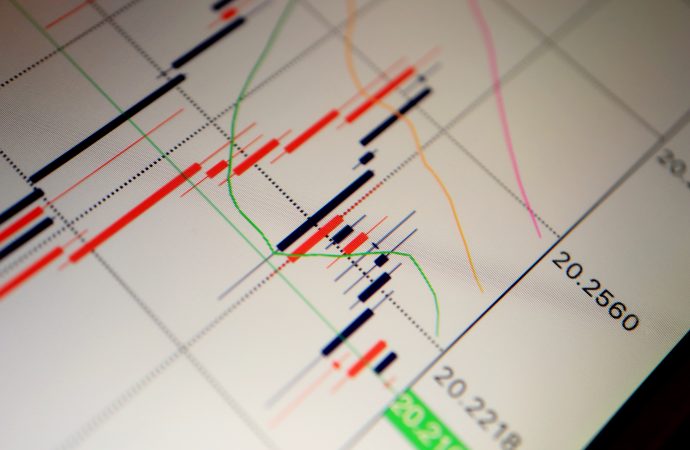 December trading higher by a healthy 1.9 percent argues additional upside may be on the horizon, with ascending resistance (prior support – 1.1641) perhaps targeted.

In tandem with monthly buyers, daily buyers squeezed through the upper perimeter of an early descending wedge pattern (correction) between 1.2011 and 1.1612 (some may interpret this arrangement as a descending triangle pattern) last week, with recent trading overrunning resistance at 1.2095 and forming a third successive bullish close.

Thursday refreshing year-to-date highs amid a souring USD witnessed EUR/USD secure position above 1.2130/1.2096 supply (formed on top of daily resistance at 1.2095), with follow-through buying reaching another nearby supply forged between 1.2200/1.2170.

Another clear feature on the H1 chart is RSI bearish divergence out of overbought space. 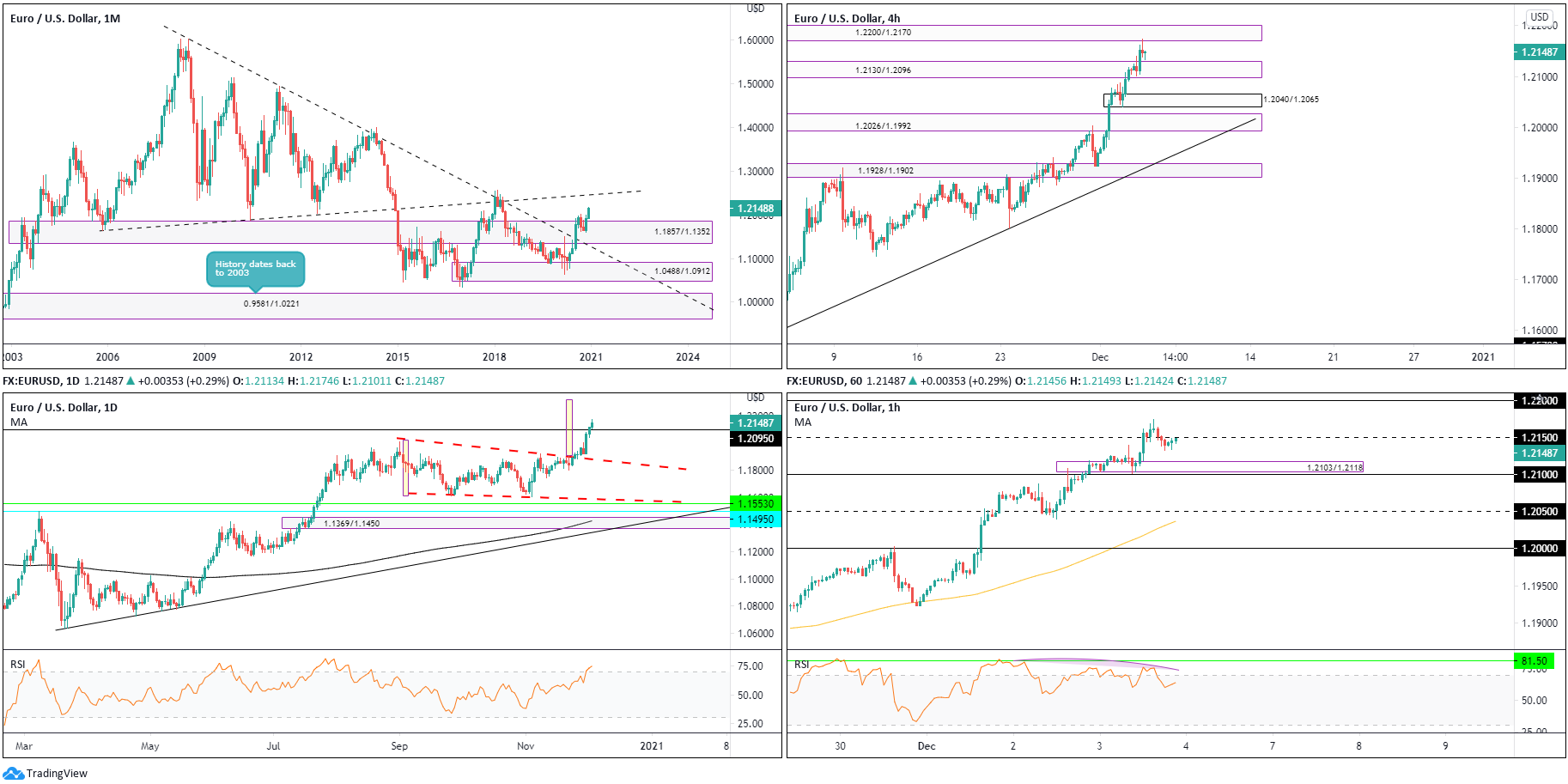 Following a mild correction that addressed the upper border of demand at 0.7029/0.6664 (prior supply), buyers have so far responded well. Up by 4.5 percent in November, with December also trading higher by 1.4 percent, buyers appear free to explore as far north as 0.8303/0.8082 in the coming months, a supply zone aligning closely with trendline resistance (prior support – 0.4776).

Three successive bullish candles off demand at 0.7345/0.7287 (prior supply), along with the trend on this timeframe depicting a northerly course since March, places a question mark on supply at 0.7453/0.7384.

Absorbing the latter helps confirm the current trend and shines light on supply from 0.7587/0.7528.

Following Monday’s retest at 0.7340 (the upper boundary of an ascending triangle), a common setup among pattern traders in technical analysis, buyers eventually took the currency pair to fresh yearly peaks on Thursday.

Above here, crosshairs are likely directed towards 0.7463, the ascending triangle take-profit target (pink).

Thursday’s writing, as you may recall, highlighted 0.74 as a point of interest for buyers. A 0.74 retest occurred in early Asia Thursday, which (aided by demand at 0.7391/0.7401) attracted fresh bullish flow to 0.7450 resistance during morning trading in the US.

0.7450 continues to serve as resistance as we head into Asia Friday, bolstered by RSI momentum fading overbought levels.

The ascending triangle take-profit target on the H4 at 0.7463 is likely an area pattern traders have eyes on today, a move that entails crossing above 0.7450 resistance on the H1 and also above the upper side of daily supply at 0.7453. 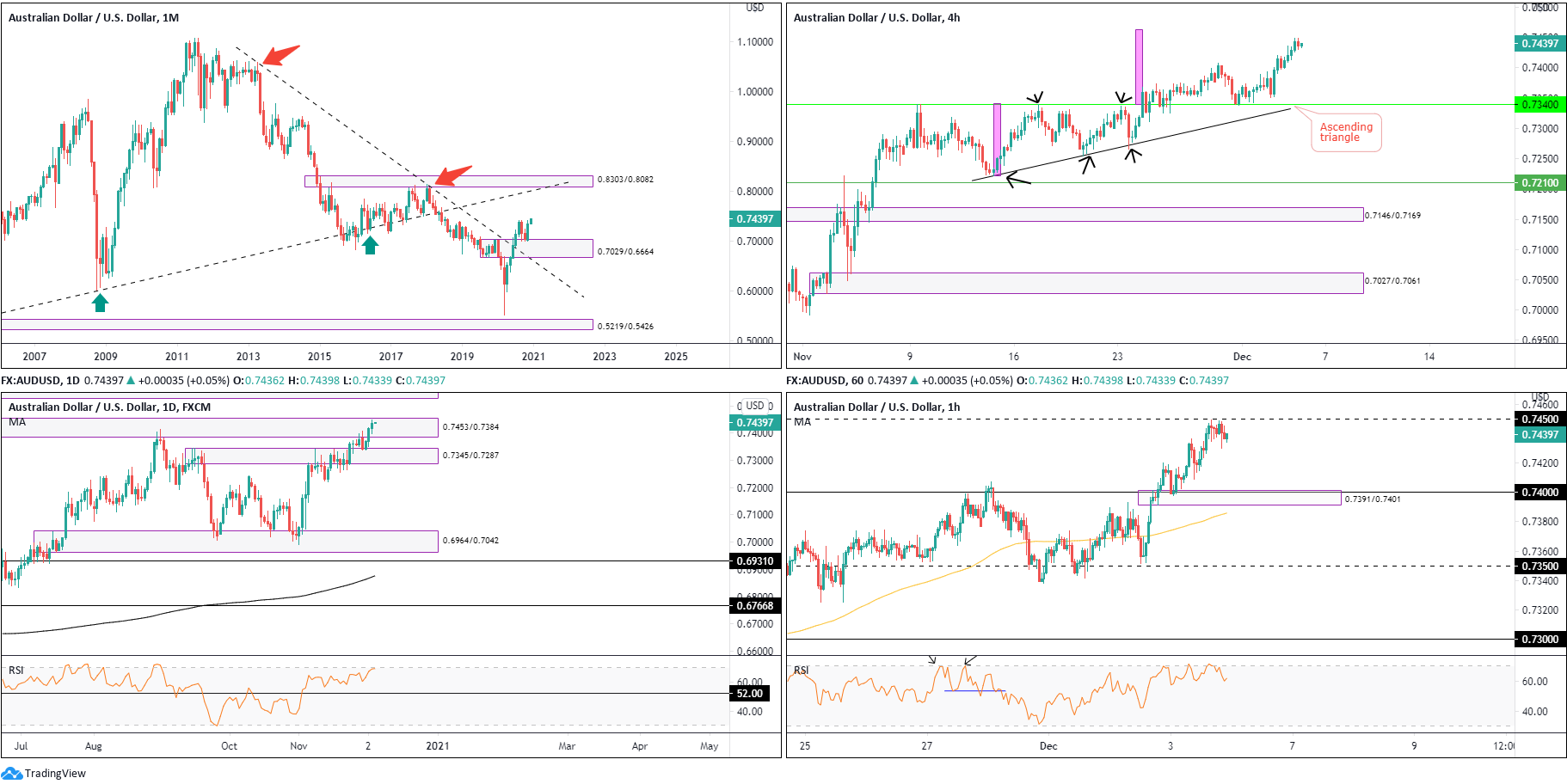 Wednesday finished by way of a shooting star candlestick pattern, with Thursday delivering a 0.6 percent decline and throwing light on the 103.17 low and demand at 100.68/101.85 (fixed to the upper base of monthly demand).

In terms of the RSI indicator, we recently witnessed the value dip into oversold space and modestly exit the area.

Monthly price appearing to be on the verge of breaching descending triangle support at 104.62 continues to underline a relatively weak market. Sellers, therefore, could be attracted to a test of H1 supply at 104.24/104.07, shaped by a H1 ABCD pullback.

Since crossing paths with demand at 1.2645/1.2773 and the 200-day simple moving average in late September, GBP/USD has displayed a gradual interest to the upside and generated an AB=CD pullback concluding at 1.3392. With monthly trendline resistance making an entrance and daily supply also recently joining the fight at 1.3622/1.3467, sellers may eventually take the lead.

Cable rallied to fresh year-to-date pinnacles on Thursday, aided by a waning buck. Support is seen at 1.3396, which intraday traders may view as a potential buy zone. Although the level could hold and produce a healthy move, buyers face not only daily supply at 1.3622/1.3467 but also monthly trendline resistance.

Buyers flatlined heading into the early hours of US trading on Thursday, as 1.35 served as resistance, joined by an RSI overbought signal. 1.34 is seen as possible support, secured just ahead of H4 support at 1.3396. Additional support can be found at the 100-period simple moving average around 1.3375.

With higher timeframes displaying collective resistance, sellers could head for a test of 1.34 on the H1 today. It will be here sellers are likely to be tested. Clearing 1.34 would help confirm bearish intent and possibly make a run for 1.33. 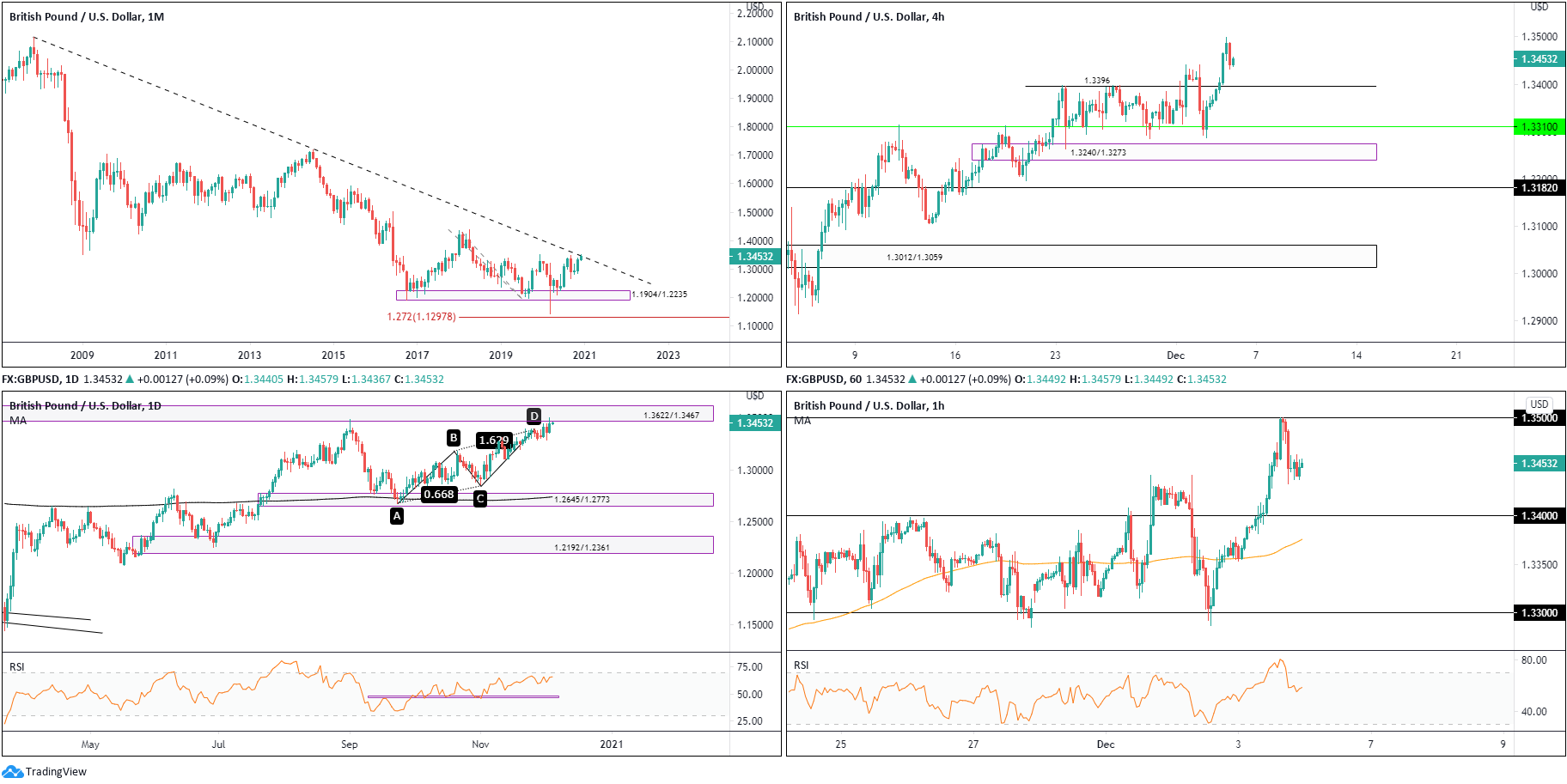