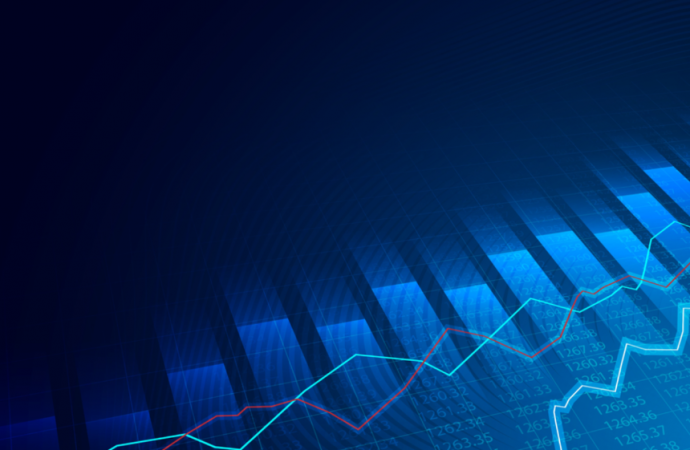 Interestingly, the pair took out 2nd November low (2020) at $1.1603 in late September. This suggests the beginnings of a downtrend on the weekly timeframe, reinforced by the monthly timeframe’s primary downtrend since mid-2008.

December has been quiet thus far and that is unlikely to change until the New Year.

Quasimodo support drawn from mid-June at $1.1213 (positioned beneath the weekly timeframe’s Fibonacci structure) made an entrance on 24th November and remains committed for the time being. A run higher, movement beyond $1.1354ish, casts light on trendline resistance, extended from the high $1.2254. Establishing a decisive close beneath $1.1213, however, exposes support on the daily timeframe at $1.0991 (not visible on the screen).

Regarding the relative strength index (RSI), the value recently recovered from oversold terrain and is on the doorstep of the 50.00 centreline. Overthrowing the latter helps validate interest to the upside, shown through average gains exceeding average losses.

The $1.1235 support has proved itself to be a healthy floor of late, withstanding three downside attempts. The impetus derived from the latest $1.1235 test elevated the currency pair north of Quasimodo resistance from $1.1307, which, as you can see, is serving as support as we write.

A closer reading of price action on the H1 scale has candle movement respecting $1.13 as support, following a one-sided dip from session peaks of $1.1360.

Coming from the relative strength index (RSI), the indicator made contact with overbought status on Thursday and subsequently withdrew to within striking distance of the 50.00 centreline.

According to chart studies, two scenarios may unfold:

Bulls embraced an offensive phase last week from deep within prime support at $0.6968-0.7242. Although the move snapped a five-week losing streak and emphasised interest within the support, bullish enthusiasm has been muted this week. Nevertheless, buyers extending recovery gains has resistance to target at $0.7501.

Support at $0.7021 put in an appearance in recent trading, bolstered by a 38.2% Fibonacci retracement at $0.7057 (green). Bullish efforts lifted price to Quasimodo support-turned resistance at $0.7221 on Thursday and delivered a notable upper shadow (possible shooting star).

The trend on the daily timeframe has maintained a downside trajectory since late February, therefore the latest pullback might be viewed as a sell-on-rally scenario.

Momentum studies show the relative strength index (RSI) trading within a stone’s throw from the lower side of the 50.00 centreline. Defending the line underlines a bearish environment; a break of the latter signals upside into next week.

Resistance from $0.7213 elbowed into the spotlight on Thursday and has stirred a bearish response. Resistance-turned possible support at $0.7170 is set to receive price, a level which if holds could encourage a bullish move north of $0.7213 towards resistance at $0.7272.

Downstream, additional support is visible at $0.7097.

After a decisive rotation from Quasimodo resistance at $0.7223, price subsequently dropped under $0.72 and is booked to perhaps shake hands with demand coming in from $0.7122-0.7136. Should this come to fruition and the currency pair prints a rebound, prime resistance at $0.7190-0.7179 is an area short-term sellers may be drawn to.

The relative strength index (RSI) is currently testing the 50.00 centreline. Breaking the latter adds weight to a potential move lower on the H1 scale.

The daily timeframe’s Quasimodo support-turned resistance at $0.7221 holding ground could hamper bullish efforts out of weekly prime support at $0.6968-0.7242.

RSI (relative strength index) analysis shows the value rebounding from support between 40.00 and 50.00 (indicator support often forms around the 50.00 area amid prolonged uptrends and operates as a ‘temporary’ oversold base).

Leaving resistance at ¥114.46 and neighbouring 61.8% Fibonacci retracement from ¥114.38 unchallenged, Thursday witnessed aggressive selling that pierced local trendline support, taken from the low ¥112.56. Support is seen at ¥113.22 (last Friday’s low), with subsequent selling pointing the technical radar to support coming in at ¥112.73.

Price nudged back under ¥114 on Thursday, placing Quasimodo support at ¥113.33 in sight. Lower than here, we see limited support until around the ¥113ish neighbourhood.

The relative strength index (RSI) is within striking distance of oversold territory after smashing through the 50.00 centreline.

Despite the bid so far this week, the weekly timeframe’s technical picture remains unchanged.

Despite a bullish showing Thursday, the technical landscape on the daily timeframe remains unchanged.

Quasimodo support at $1.3119 is firmly in the headlights on this timeframe. Resistance remains at $1.3602, plotted nearby trendline resistance, taken from the high $1.4250—both forming clear upside objectives should buyers extend Thursday’s push.

Longer-term sentiment has remained biased to the downside since June. This has caused the relative strength index (RSI) to form indicator resistance between 60.00 and 50.00 (common in downtrends), with the value close by as we write.

Resistance from $1.3275 gave way Thursday and touched gloves with resistance drawn from $1.3353. This follows a trendline resistance breach, extended from the high $1.3815.

Resistance entered the show at $1.3365 yesterday and pulled price movement to within close range of $1.33. Under the psychological level, support appears thin until trendline support, drawn from the low $1.3160, and then $1.32.

The relative strength index (RSI) pushed out of overbought space on Thursday and is now tackling the 60.00ish range.

Technically, this remains a bearish market despite the BoE hiking rates. Therefore, H1 price closing under $1.33 could tempt an extension of Thursday’s slide towards H1 trendline support, taken from the low $1.3160. This is reinforced by the H4 timeframe testing resistance at $1.3353 and the higher timeframes pointing to lower levels.