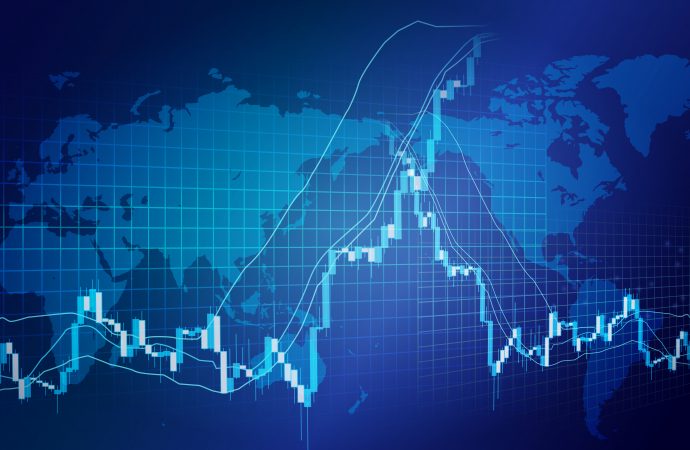 Following the break of long-term trendline resistance (1.6038) in July, and subsequent break of supply from 1.1857/1.1352 in August, a modest correction surfaced. However, buyers making an entrance in November and December trading higher by 2.0 percent argues additional upside may be on the horizon, with ascending resistance (prior support – 1.1641) perhaps targeted.

Tuesday’s writing revealed H1 chiselled out an ascending wedge (1.2147/1.2059), with the lower side having been under pressure since Friday.

As anticipated, though, sellers lacked oomph Tuesday, falling short of the ascending wedge take-profit zone around 1.2060. Buyers made a show off the 100-period simple moving average around 1.2125 heading into the US session and recaptured 1.2150 resistance to test the lower side of the aforesaid ascending wedge.

According to higher timeframe technicals and the prevailing uptrend, any bearish setups are likely to struggle. 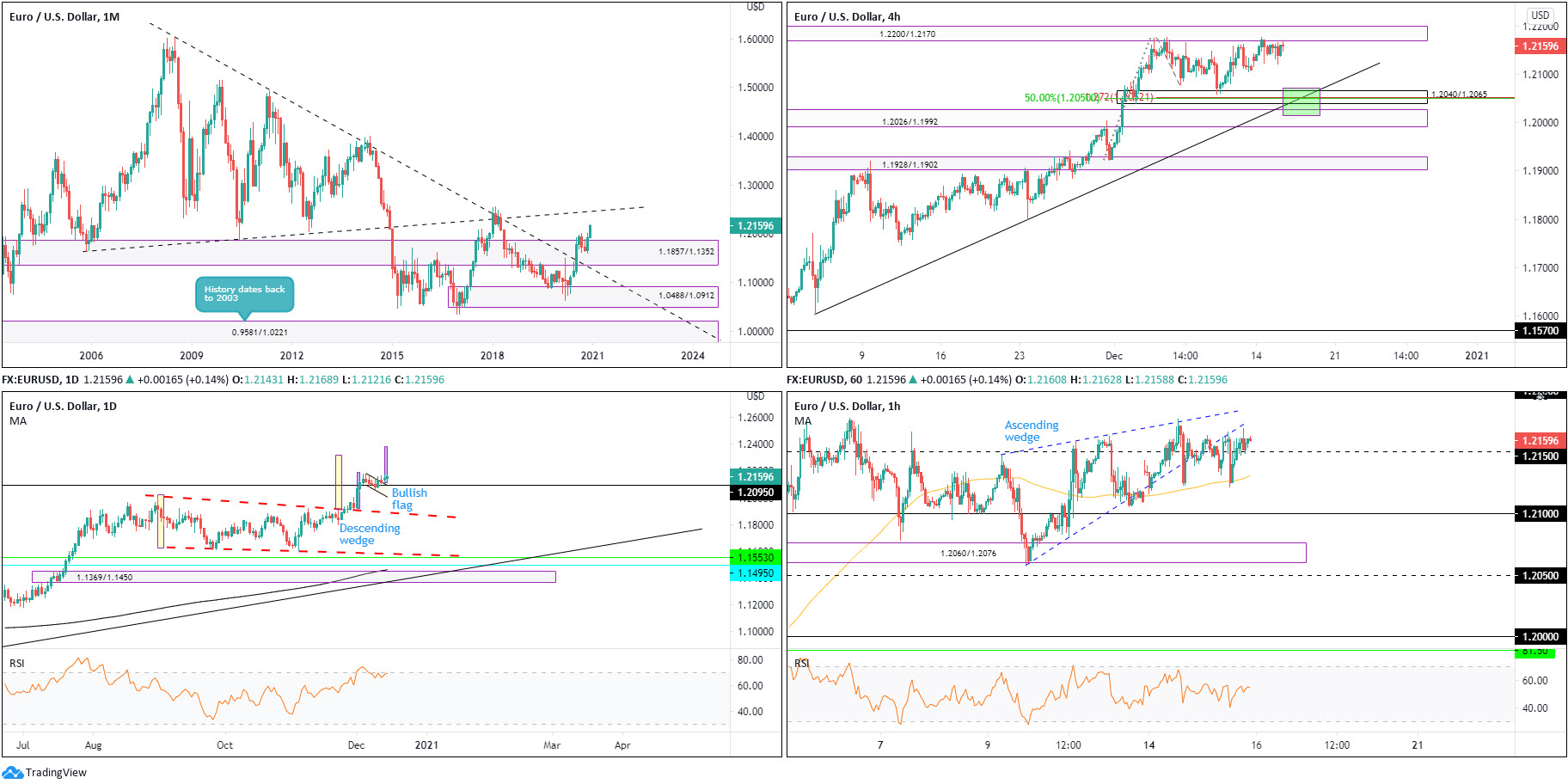 Following a mild correction that addressed the upper border of demand at 0.7029/0.6664 (prior supply), buyers have so far responded well. Up by 4.5 percent in November, with December also trading higher by 2.9 percent, buyers appear free to explore as far north as 0.8303/0.8082 in the coming months, a supply zone aligning closely with trendline resistance (prior support – 0.4776).

Last week brushed aside feeble supply at 0.7453/0.7384 and consequently waved RSI flow into overbought space and handed over supply at 0.7587/0.7528. The aforesaid supply, despite recent bearish candlestick formations, was under pressure on Tuesday. Attention will be on 0.7674 resistance if 0.7587/0.7528 allows buyers to push through.

Having seen the US dollar index (DXY) navigate terrain below 90.50, AUD/USD adopted a bullish stance off lows ahead of support at 0.7482 on Tuesday.

As described in Tuesday’s analysis, the slowdown in momentum led H1 to form a consolidation between 0.7521/0.7572. The report went on to outline external levels rest around the 0.75/76 psychological barriers.

November, as you can see, worked with the lower edge of the aforesaid pattern and finished the month down by 0.3 percent – a third successive monthly loss. December currently trades lower by 0.6 percent.

RSI enthusiasts will note the pair has remained under 57.00 resistance since July.

After failing to find acceptance above the 104 level, hampered by the 100-period simple moving average around 104.12, USD/JPY nosedived back to support at 103.60 on Tuesday, dragging the RSI value into oversold territory along with it.

Monthly price appearing to be on the verge of breaching descending triangle support at 104.62 continues to underline a relatively weak market. This, in addition to H4 buyers failing to hold gains out of demand at 103.04/103.58, may watch sellers dig deeper into the aforesaid demand today, perhaps headed for H1 support at 103.18 and the 103 level.

Since crossing paths with demand at 1.2645/1.2773 and the 200-day simple moving average in late September, GBP/USD has displayed a gradual interest to the upside and generated an AB=CD pullback concluding at 1.3392. Despite mixing with monthly trendline resistance and also recently connecting with daily supply at 1.3622/1.3467 at the beginning of December, sellers are struggling to find grip, with Tuesday rallying higher by 1.0 percent.

The RSI reveals the value rebounded strongly from support around 47.00, on course to perhaps retest overbought space.

With the dollar folding over on Tuesday, and the British pound receiving an additional Brexit boost, demand at 1.3325/1.3281 (prior supply) provided a platform for buyers to work with. The session, as you can see, wrapped up within close range of resistance at 1.3483, a level which if surpassed could lead bullish flow towards resistance parked at 1.3607.

Having seen the aforesaid supply fixed to the lower side of daily supply at 1.3622/1.3467, sellers are showing some interest off the zone in early Asia Wednesday.

From the RSI, traders will note bearish divergence forming.

Monthly price remains flirting with trendline resistance and daily price revisited supply at 1.3622/1.3467. Although sellers have yet to make a significant showing, overlooking the aforesaid areas is perhaps hasty.