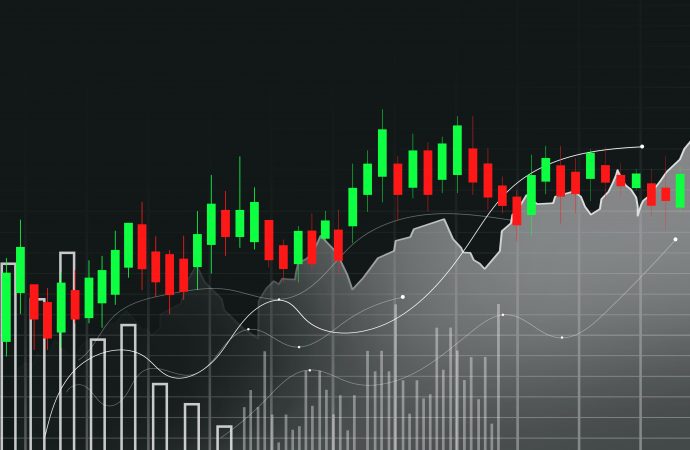 Quasimodo support drawn from mid-June at $1.1213 (positioned beneath the weekly timeframe’s Fibonacci structure) made an entrance on 24th November and remains committed for the time being.

Continued interest to the upside points to a run back to trendline resistance, extended from the high $1.2254. Establishing a decisive close beneath $1.1213, however, exposes support on the daily timeframe at $1.0991 (not visible on the screen).

Regarding the relative strength index (RSI), the value recently recovered from oversold territory and is now on the doorstep of the 50.00 centreline. Crossing above here helps validate bullish interest: average gains exceeding average losses.

Support at $1.1235 also deserves notice. Withstanding two downside attempts, the level also brings a 78.6% Fibonacci retracement to the table at $1.1230.

Mid-way through yesterday’s London morning session, short-term action ventured north of $1.13 and likely tripped a large pool of buy-stops from traders attempting to fade the psychological level. The breach will have also drawn interest from breakout buyers.

$1.1262-1.1274 experienced a modest breach on Monday, indicating weakness from the zone. Downstream, another decision point falls in at $1.1230-1.1244, though also recently faced a minor breach and consequently unlocks the technical door to as far south as $1.12 (not visible on the screen).

Out of the relative strength index (RSI), the value crossed under the 50.00 centreline, movement implying a downside vibe: average losses exceeding average gains.

Bulls embraced an offensive phase last week from deep within prime support at $0.6968-0.7242. Not only did the move snap a five-week losing streak, it emphasised interest remains within the support and could see action take aim at resistance from $0.7501.

Support at $0.7021 put in an appearance early last week, bolstered by a 38.2% Fibonacci retracement at $0.7057 (green). Despite effort to maintain a bullish setting, the currency pair is turning lower a few pips south of Quasimodo support-turned resistance at $0.7221.

The trend on the daily timeframe has maintained a downside trajectory since late February. Momentum studies also show the relative strength index (RSI) defending space under the 50.00 centreline, which demonstrates lacklustre upside momentum on this timeframe.

Shaking hands with resistance at $0.7170 has, as you can see, permitted a double-top pattern from 0.7183ish. Price recently breaching the formation’s neckline at $0.7132 signals short-term downside towards the pattern’s profit objective at $0.7079.

The formation of the double-top pattern is aligned with daily and monthly timeframe trend direction.

Evident from the H1 timeframe, technical eyes will note the unit is touching gloves with area around the $0.71 figure after failing to find reception above $0.7131.

The picture from the relative strength index (RSI) shows the value rejected the lower side of the 50.00 centreline, emphasising resistance and negative momentum.

The H4 timeframe’s double-top pattern has clearly interested short-term sellers, signalling movement in the direction of the double-top formation’s profit objective at $0.7079. This might eventually pull H1 through $0.71 and unlock chart space to the H1 decision point at $0.7039-0.7055, set just beneath the H4 pattern’s take-profit area.

Supply-turned demand at ¥112.66-112.07 welcomed buyers in recent candles. Despite holding the area, follow-through buying has been subdued of late. The ¥111.18-111.79 decision point is seen below should price dip. Pushing for higher levels, nonetheless, may take the unit beyond 24th November high at ¥115.52 to as far north as Quasimodo resistance from ¥116.33.

RSI (relative strength index) analysis reveals clear support between 40.00 and 50.00 (amid prolonged uptrends, indicator support often forms around the 50.00 area and operates as a ‘temporary’ oversold base). As you can see, the value has been testing the area since late November.

In similar fashion to the H4 scale, a consolidation is in the process of forming between ¥113.31 and ¥113.77, with price now on the doorstep of range resistance. Outside of the aforesaid range are ¥113 and ¥114, serving as possible support and resistances.

The relative strength index (RSI) shows the indicator’s value bounced from the 50.00 centreline in the form of support, stressing a possible test of overbought (70.00).

Quasimodo support at $1.3119 is firmly in the headlights on this timeframe.

Resistance remains at $1.3602, plotted nearby trendline resistance, taken from the high $1.4250—both forming clear upside objectives should buyers regain consciousness.

Longer-term sentiment has remained biased to the downside since June. This has caused the relative strength index (RSI) to form indicator resistance between 60.00 and 50.00 (common in downtrends). Note, however, the indicator recently rebounded from oversold space.

Trendline resistance, extended from the high $1.3815, was taken out in recent candles with price coming within striking distance of retesting the latter as support. The break of trendline resistance, as underlined in previous writing, shines light on a possible run back to resistance at $1.3353.

Despite US trading hours weighing on upside, channel resistance, drawn from the high $1.3244, continues to call for attention higher up, followed by $1.33 resistance.

The relative strength index (RSI) has the value testing the mettle of the 50.00 centreline. Should the indicator develop support, moves to overbought could come to fruition.

Higher timeframes inform traders that lower prices are perhaps ahead, bound for $1.31ish. With that being the case, $1.32, despite being a level drawing a rebound yesterday and boasting reasonably noteworthy confluence, is unlikely to deliver much support if tested again.

Therefore, a $1.32 breach could have a bearish scene unfold, targeting the $1.31 neighbourhood.