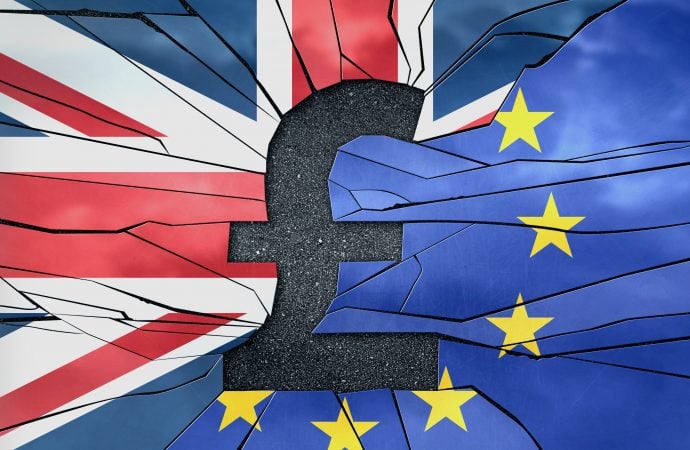 Following the break of long-term trendline resistance (1.6038) in July, and subsequent break of supply from 1.1857/1.1352 in August, a modest correction surfaced. However, with buyers making an entrance in November and December trading higher by 1.8 percent, this argues additional upside may be on the horizon, with ascending resistance (prior support – 1.1641) perhaps targeted.

Since the week kicked off, price has also been in the process of establishing a bullish flag pattern (1.2177/1.2078), off 1.2095, a level now serving as support. Yesterday, as you can see, modestly closed above the bullish flag’s upper side, suggesting not only could the EUR/USD reach for the descending wedge pattern’s take-profit target at 1.2318 (yellow), but also the bullish flag’s take-profit level at 1.2384 (purple).

Room to rally on the monthly chart, in addition to two bullish patterns forming on the daily chart, implies buyers may topple 1.2150 on the H1 and challenge any offers remaining around H4 supply at 1.2200/1.2170.

Following a mild correction that addressed the upper border of demand at 0.7029/0.6664 (prior supply), buyers have so far responded well. Up by 4.5 percent in November, with December also trading higher by 2.7 percent, buyers appear free to explore as far north as 0.8303/0.8082 in the coming months, a supply zone aligning closely with trendline resistance (prior support – 0.4776).

AUD/USD settled Thursday at fresh year-to-date highs around 0.7539, shining light on 0.7550 resistance. 0.75 support rests to the downside if a correction takes form.

It may also interest some readers that the RSI indicator registered bearish divergence.

H4 and H1 charts are currently working in unison with the monthly chart, showing a possible push to at least 0.7550 resistance.

An additional feature worth considering, despite the upper side of the formation suffering a whipsaw, is the ascending wedge pattern (103.67/104.31).

Greeting 104.50 resistance and merging trendline resistance (prior support – 103.67) heading into European flow held back buyers on Thursday, sending USD/JPY to the 100-period simple moving average at 104.18. A break beneath the aforesaid SMA shines light on the 104 level, with subsequent selling to possibly draw things to support at 103.70 (the lower side of the H4 range).

In terms of RSI action, the value elbowed beneath 50.00 and penetrated support at 44.05.

The above implies H4 sellers may attempt to overrun any defence around the lower side of the H4 ascending wedge pattern, indicating a possible breach of 104 could be in the offing.

With monthly trendline resistance making an entrance and daily supply also recently joining the fight at 1.3622/1.3467, sellers appear to be taking the lead.

RSI followers will also see the line rounded ahead of overbought territory, currently navigating space ahead of support around 47.00.

Warnings that the UK may be headed for a no-deal Brexit directed GBP/USD southbound on Thursday, testing bids around demand at 1.3240/1.3273.

Volatility, as you can see, diminished considerably heading into US trading on Thursday, developing a bearish pennant pattern (1.3330/1.3245). A breakout lower proposes demand at 1.3249/1.3274 will give way and allow sellers to move into 1.32 bids.

RSI enthusiasts will observe the value remains surfing beneath 50.00, off oversold troughs formed during early US trading.

Monthly price flirting with trendline resistance, as well as sellers showing interest from daily supply at 1.3622/1.3467, communicates a bearish vibe. Consequent to the above, H4 demand at 1.3240/1.3273 may suffer today, and the H1 bearish pennant pattern could have its lower side breached, a move that may initiate intraday selling.