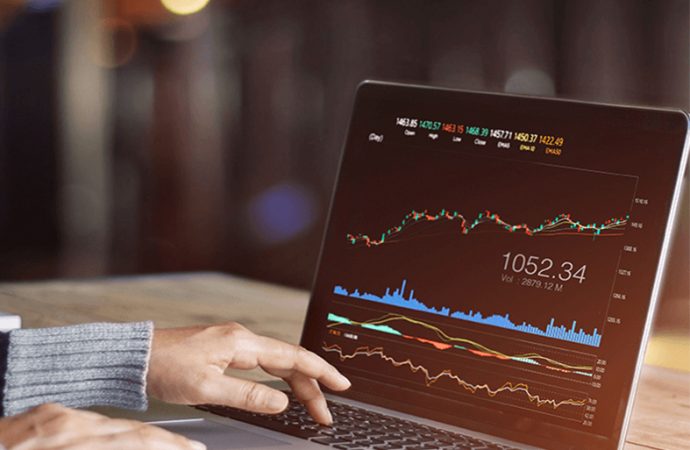 The Australian dollar declined against the USD on Friday as the market reacted to positive US jobs numbers. Data from the Bureau of Labour Statistics (BLS) showed that the economy added more than 266k jobs. These numbers were boosted by the end of the General Motors strike. The market had low expectations on job numbers. This is after ADP reported just 67k private nonfarm payrolls on Wednesday. In addition, consumer confidence and manufacturing activity has been falling, which was a sign that November’s jobs numbers would fall. Meanwhile, traders are anticipating that the trade war will continue. As a sign of weakening prospects, China urged all government agencies to phase out foreign computers. This will be a blow to companies like HP and Dell that sell millions of computers in China every year.

The AUD/USD pair declined to a low of 0.6830 in the Asian session. This level was lower than last week’s high of 0.6860. The pair’s price is along the lower support of the channel. It is also slightly below the 14-day and 28-day moving averages. The RSI has moved slightly lower. The pair may either cross the important support of 0.6820 and move lower or move higher depending on trade news, the FOMC decision and data from China.

The Japanese yen rose slightly after the country’s statistics office released the final set of third quarter data. The country’s GDP expanded by an annualised rate of 1.8%. This was higher than the consensus estimates of 0.7% and the previous 0.2%. The economy expanded by a QoQ rate of 0.4%. Capital expenditure was the main contributor to this growth. The expenditure increased by 1.8%, which was higher than the consensus estimates of 1.7%. External demand contracted by -0.2% while private consumption increased by 0.5%. The Japanese economy has been affected by the ongoing China/US trade war. It has also been affected by the mini trade war between Japan and South Korea.

The USD/JPY pair is trading at 108.57, which is along an important support as shown on the chart below. The pair is trading slightly below the 14-day and 28-say moving averages while the RSI has stabilised along the 40 level. The dots of the Parabolic SAR are above the current price. The pair may break past the current support and move lower. If it does, it will likely move to the important support of 108.00.

The price of crude oil declined slightly during the Asian session as the market digested the news from Vienna. OPEC members, plus Russia, agreed to continue cutting supplies in a bid to boost oil prices. The members will slash about 500k barrels of crude oil every day. This will be higher than the 400k that analysts were expecting. Meanwhile, traders will watch closely whether Trump will go ahead with the tariffs that he had announced earlier. The new tariffs would lead to more uncertainties that will affect demand in the coming year. As this happens, non-OPEC members like the United States and Canada are expected to boost production in the coming year.

The XTI/USD pair declined to a low of 58.79. This was lower than last week’s high of 59.77.  This price is along the 14-day moving averages and slightly above the 28-day moving averages. The RSI remains along the neutral level of 52 while the price is along the middle line of the Bollinger Bands. The signal line of the MACD is moving lower. The pair may continue moving lower ahead of a busy week.