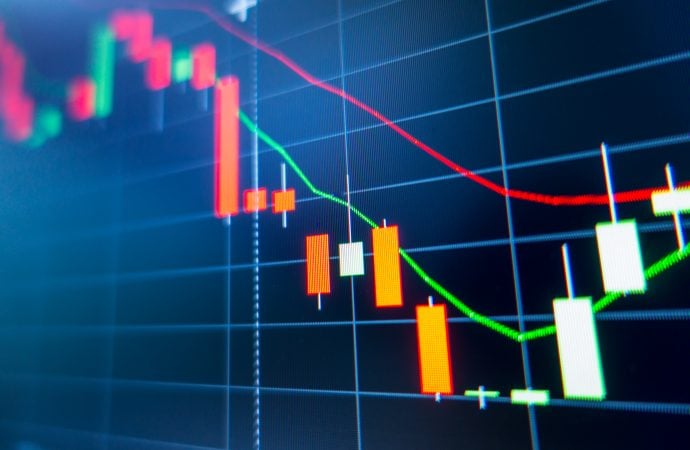 The ABCD bearish pattern at 1.1872, situated ahead of supply at 1.2012/1.1937, remains a point of interest on the daily timeframe, capping price since Friday.

Downside, should sellers regain consciousness after Tuesday’s mild lift, has support at 1.1553 on the radar, with a breach throwing light on demand at 1.1369/1.1450, as well as a 38.2% Fib level at 1.1460 and trendline support (1.0774). Harmonic traders will note the 38.2% Fib level commonly represents the initial take-profit target out of ABCD configurations.

Unwinding through current demand, on the other hand, lands crosshairs at another demand area at 1.1582/1.1621.

1.18 resistance made an entrance mid-way through European trade on Tuesday, closely connected with the 100-period simple moving average. Selling pressure gathered traction heading into the US session, though failed to grip 1.17 before returning to the 1.18 threshold into the close.

The monthly timeframe urges traders to consider the possibility of a long-term trend change after overrunning trendline resistance. Clearing monthly supply at 1.1857/1.1352 would help confirm this. However, daily sellers are proving relatively stubborn off a recently completed ABCD bearish pattern at 1.1872, with most sellers likely targeting support at 1.1553.

H4, on the other hand, recently defended demand at 1.1682/1.1716, demonstrating intraday buyers still have a hand in the fight at least until reaching resistance at 1.1839. 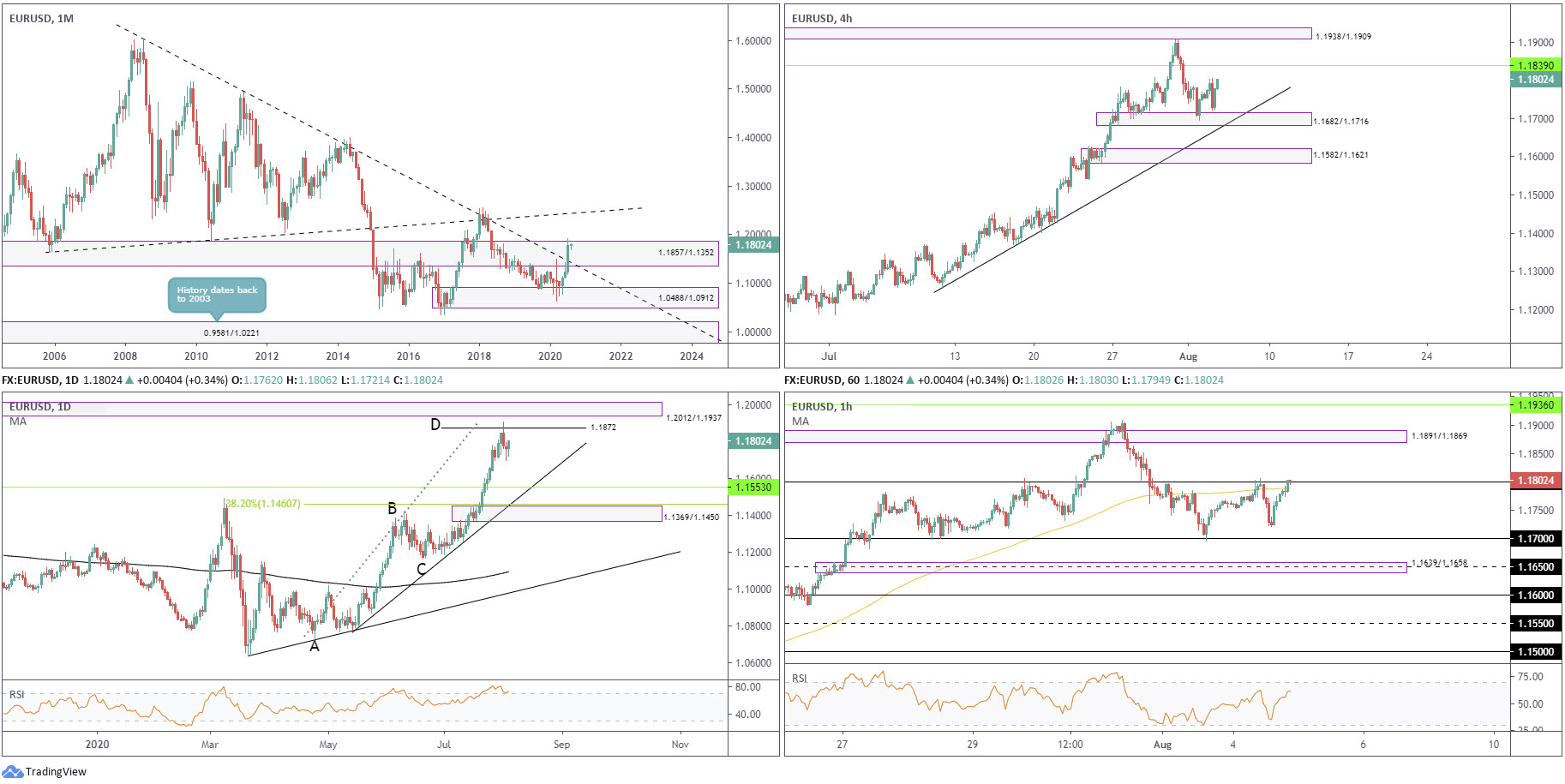 With reference to the RSI indicator, we are fading overbought status but appear reluctant to break 60.00 to the downside.

Monday’s whipsaw to lower levels, as underlined in recent analysis, challenged the mettle of demand at 0.7082/0.7106, though buyers stepped in Tuesday and launched trendline resistance (prior support – 0.7063). A break above the latter today could have price revisit 0.7246/0.7227, a supply drawn from February 2019.

Against the backdrop of higher timeframe activity, price action on the H1 is currently confined within an ascending channel formation between 0.7076/0.7153. What’s also notable is a recent close above 0.7150 resistance and nearby 100-period simple moving average.

Monthly price sweeping through supply and associated trendline resistance has likely aroused interest from longer-term traders. Daily price holds support at 0.7067, though capped close by at supply from 0.7264/0.7224. 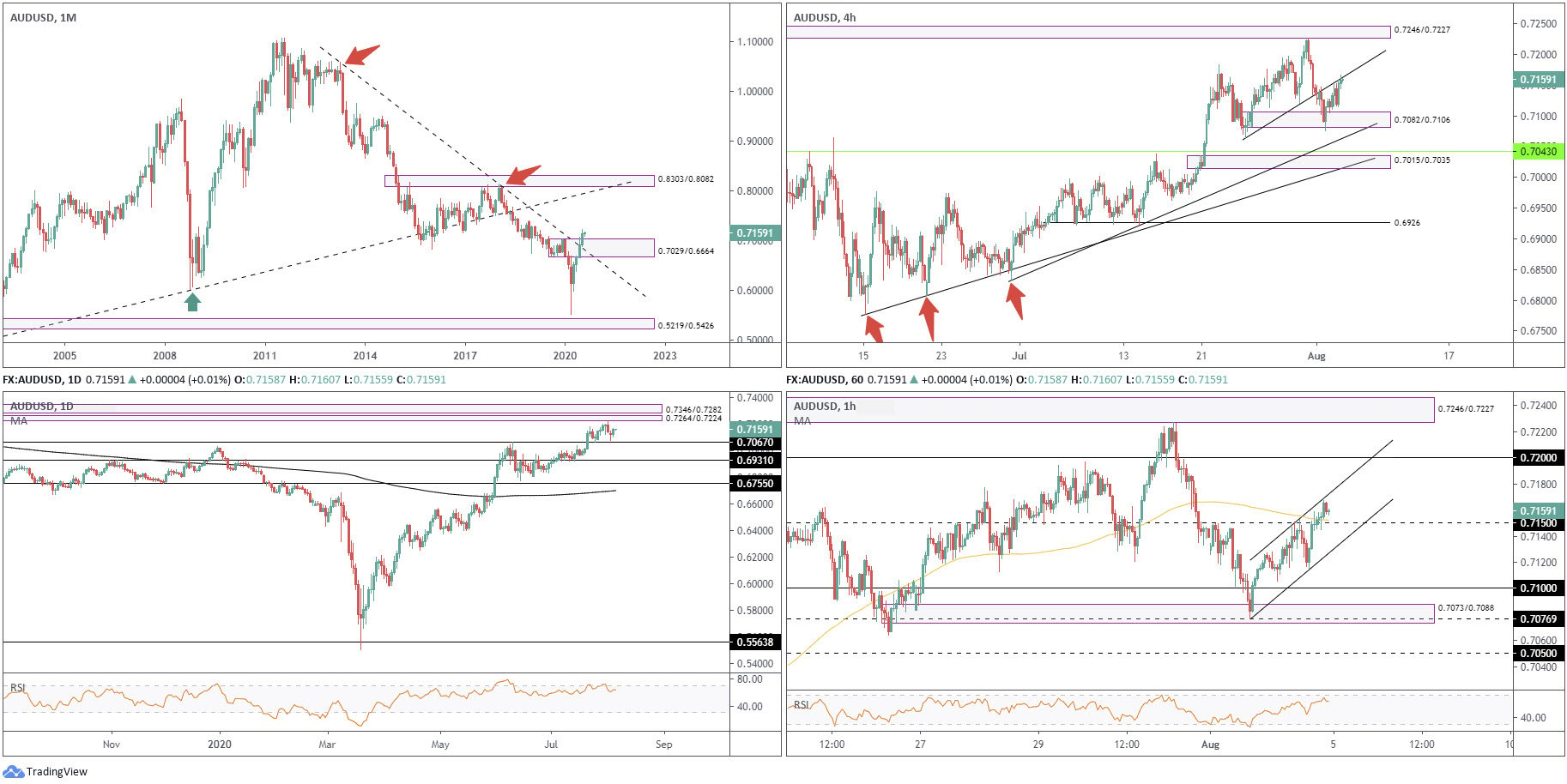 Having monthly support at 104.62 make a show, daily price ended the week retesting the underside of 105.70/106.66 as possible supply, with Monday settling by way of a reasonably attractive shooting star candlestick pattern, considered a bearish signal at peaks. Tuesday had sellers come forward and display interest, yet whether adequate enough to roll 104.62 back into action is difficult to judge.

Supply (prior demand) at 106.39/106.64, as well as resistance derived from the Andrew’s Pitchfork (107.54), made an entrance on Monday, withstanding upside on two occasions. This led to support at 105.68 entering the fight in recent trading.

Additional downside throws light on demand (prior supply) at 105.06/105.30, assuming a break of the (Andrew’s Pitchfork) median line.

Downside momentum also took the RSI value under its 50.00 mid-point, bottoming around 37.00ish as support underscored above at 105.68 welcomed price.

The descending triangle’s lower perimeter recently making an entrance at 104.62 has sparked modest interest to the upside, though buyers face considerable structure on the daily timeframe: supply at 105.70/106.66. 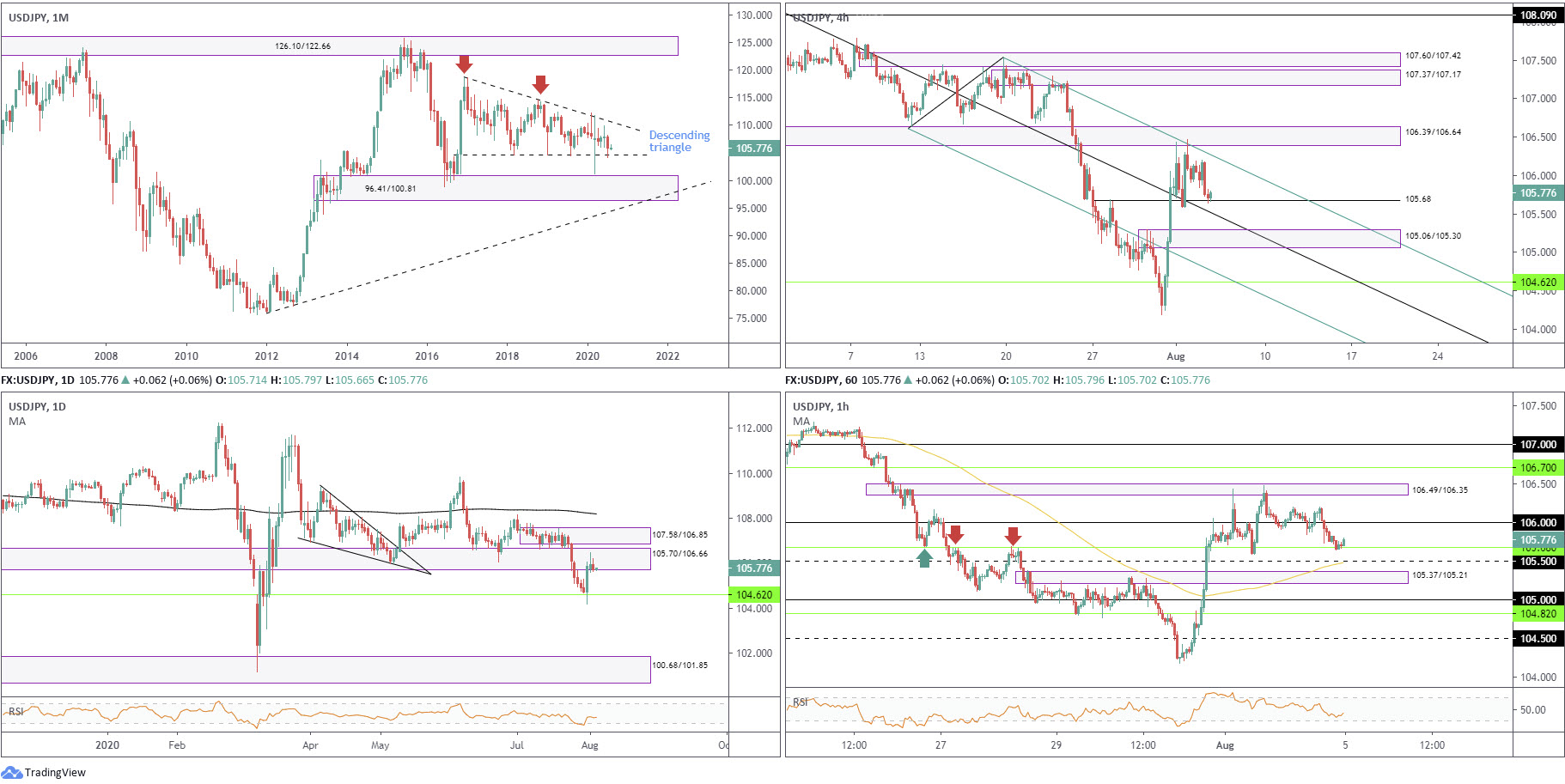