August 4th 2020: DXY Finishes off Best Levels Ahead South of 94.00, Unchanged by the Close 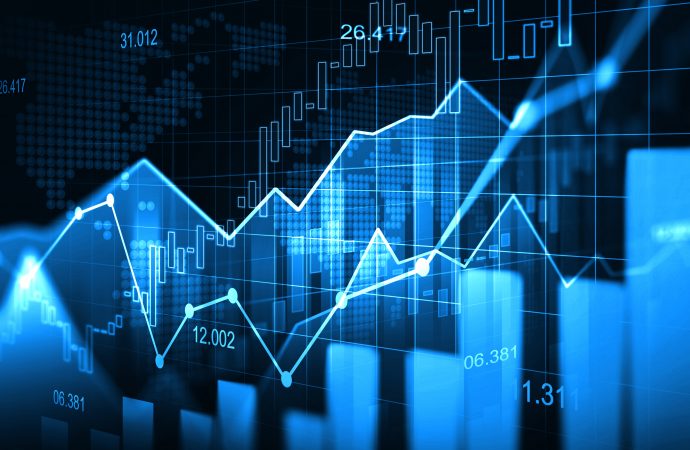 Friday’s attempt to sustain upside came to an abrupt halt, fading session peaks ahead of supply at 1.2012/1.1937, and responding to an ABCD bearish pattern at 1.1872.

Increased interest to the downside emerged Monday, visiting as far south as the 1.17 region before price movement found some legs and reclaimed a large portion of the daily losses. Downside still has support at 1.1553 on the radar, with a breach throwing light on demand at 1.1369/1.1450, as well as a 38.2% Fib level at 1.1460 and trendline support (1.0774). Harmonic traders will note the 38.2% Fib level commonly represents the initial take-profit target out of ABCD configurations.

After sliding through the 100-period simple moving average in early Asian trading Monday, the US session welcomed 1.17 which, similar to last Tuesday, held as support. As you can see, the day came to an end with H1 candles crawling to within shouting distance of the aforesaid simple moving average, a dynamic value plotted just under the 1.18 level.

The monthly timeframe urges traders to consider the possibility of a long-term trend change after overrunning trendline resistance. Clearing monthly supply at 1.1857/1.1352 would help confirm this. However, daily sellers are proving relatively stubborn off a recently completed ABCD bearish pattern at 1.1872, with most sellers likely targeting support at 1.1553.

Confirmed by RSI bearish divergence out of overbought territory, supply at 0.7264/0.7224 impacted movement Friday, guiding the pair lower and snapping a five-day winning streak. Additional downside was observed Monday, missing support at 0.7067 by a hair before spinning higher and reclaiming the majority of the day’s losses.

Monday’s whipsaw to lower levels challenged the mettle of demand at 0.7082/0.7106, likely snapping a portion of protective sell-stops, and finished the session testing supply at 0.7146/0.7127.

Above current trendline resistance, 0.7150 resistance is seen, along with the 100-period simple moving average, currently circling 0.7160.

Monthly price sweeping through supply and associated trendline resistance has likely aroused interest from longer-term traders. Monday’s comeback ahead of support at 0.7067 is also likely to be interpreted as a bullish signal.

In line with higher timeframe movement, intraday buyers may be watching for a H4 close to form above supply at 0.7146/0.7127 (and a H1 close above the 100-period simple moving average on the H1), before considering bullish strategies.

Having monthly support at 104.62 make a show, daily price ended the week retesting the underside of 105.70/106.66 as possible supply, with Monday settling by way of a reasonably attractive shooting star candlestick pattern, considered a bearish signal at peaks.

The descending triangle’s lower perimeter recently making an entrance at 104.62 sparked modest interest, with enough impetus to throw 105.70/106.66 back in the pot as supply on the daily timeframe. 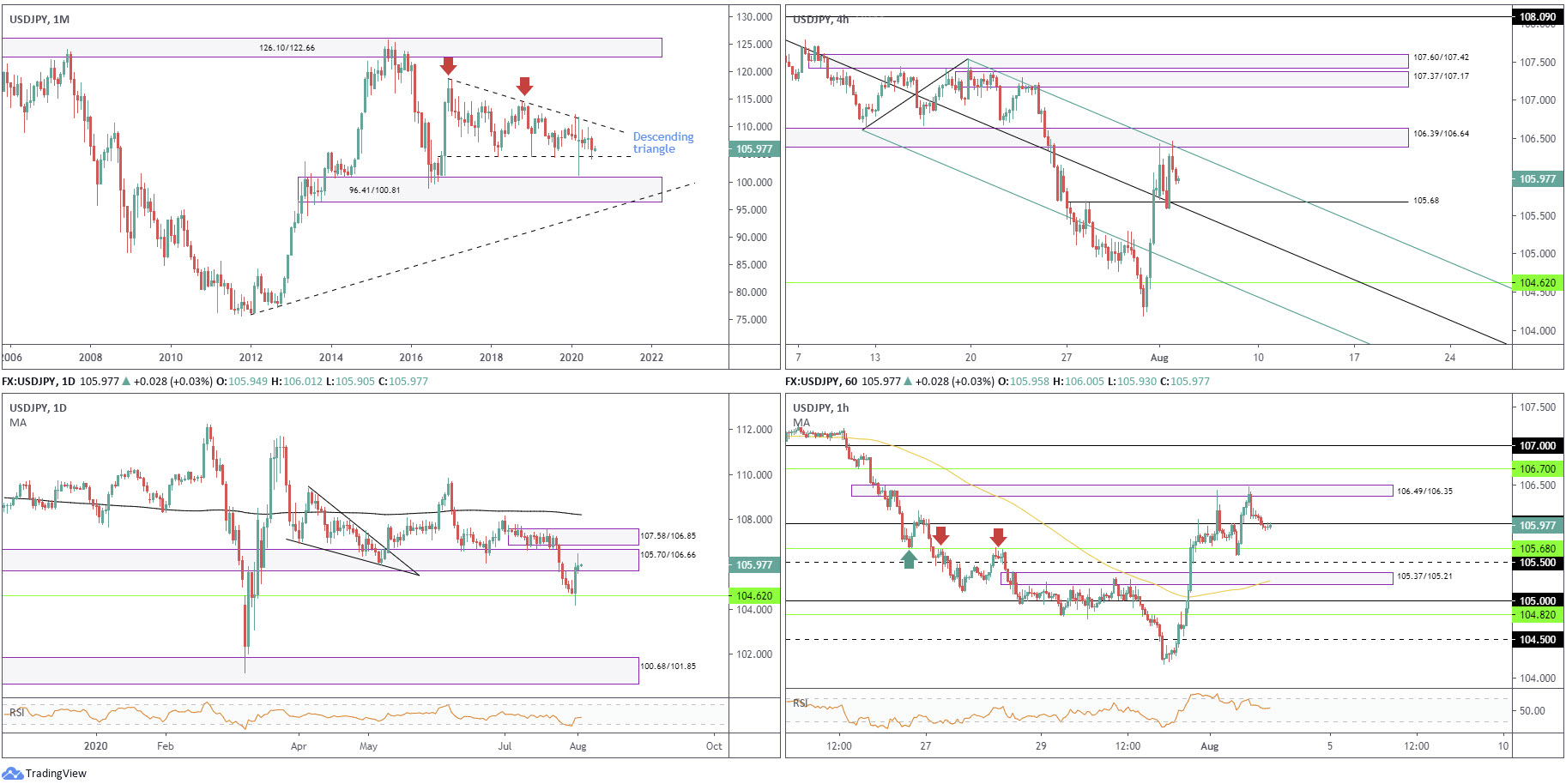 After squeezing through the 200-day simple moving average and toppling supply at 1.3021/1.2844, Friday turned ahead of resistance at 1.3201 (sited ahead of nearby 161.8% Fib ext. level at 1.3264) and moulded a shooting star candle pattern (bearish signal at peaks). Monday, as you can see, retested the broken supply as demand.

The 100-period simple moving average on the H1 timeframe entered play on Monday and, despite a near-retest of the widely watched 1.30 level, sent price back above 1.3050 resistance.

1.31 has proven relatively dominant resistance, therefore we may be in for another dip to at least trendline support (1.2519) to entice reinforcements before attempting to dethrone 1.31 to the upside.

Monthly breaking trendline resistance sends across an optimistic tone for GBP this month. This is further reinforced by the recent retest at daily demand from 1.3021/1.2844, perhaps enough to fuel things to daily resistance at 1.3201.

Before attempting to climb higher levels, as suggested by the higher timeframes, a dip to H4 demand at 1.2945/1.2989 could be in order. Note this area sits just under the 1.30 level based on the H1, indicating a whipsaw through the current H1 trendline support into 1.30 before buyers step in.