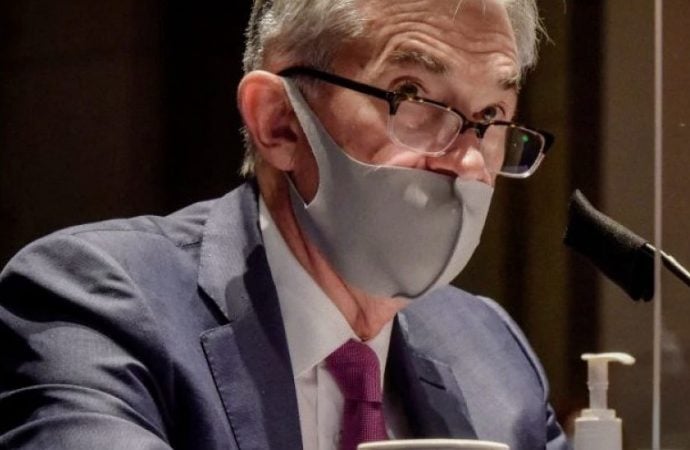 This argues a move to the upside may be on the horizon, with trendline resistance (prior support – 1.1641) on the radar as the next target. Also worth noting, though, is the primary downtrend (since July 2008) remains intact until 1.2555 is engulfed (Feb 1 high [2018]).

August, as you can see, has been relatively lacklustre, currently up by only 0.5 percent.

Efforts to extend July’s advance have so far been contained within a rising channel pattern (1.1695/1.1909), in addition to supply at 1.2012/1.1937 also recently making an entrance, extended from May 2018. Trendline support (1.0774) is likely to welcome price movement should a break lower come to pass, while immersing the aforesaid supply favours moves to resistance at 1.2095.

The RSI indicator, since the beginning of August, has drifted lower and exited overbought space, currently circling the 60.00 neighbourhood.

EUR/USD finished unmoved Wednesday, albeit significantly off worst levels as the DXY tunnelled through 93.00.

Supply at 1.1828/1.1868, while delivering a reasonably solid bearish candle on Monday, has found it difficult to entice any form of conclusive selling. An extension to the upside, moves that topple current supply, tips price for more outperformance to another supply coming in from 1.1953/1.1929.

Upside attempts derived from 1.18 in early European trading Wednesday were capped by the 100-period simple moving average, leading to a whipsaw through the round number to lows at 1.1772.

Heading into the London close, bulls took a swing at moving things higher and eventually came into contact with channel resistance (1.1849). Since then, a retest at the 100-period simple moving average has been seen, with bulls so far displaying intent.

In terms of the RSI indicator, the value is seen topping under the 60.00 point, an area of intraday resistance.

All in all, this market continues to echo a mild bullish tone at the moment, which could lead to +1.1850 moves today. The rationale behind this thinking is due to monthly price recently penetrating supply, daily action showing room to nudge higher and current H4 supply failing to tempt serious selling.

Moves higher could pull things to the 1.19 vicinity, and with some enthusiasm, maybe even the underside of daily supply at 1.2012/1.1937.

Concluding July higher by 3.5 percent, buyers appear free to explore as far north as 0.8303/0.8082 in the coming months, a supply zone aligning closely with trendline resistance (prior support – 0.4776).

Since mid-June, the pair has been compressing north between two converging trendlines (0.6832/0.7064), in what appears to be a rising wedge.

Price, as you can see, recently tumbled just ahead of supply at 0.7346/0.7282, leading to a test of the rising wedge base. Buyers have responded reasonably well, enough to prompt a mild bullish revival to possibly re-join the aforementioned supply.

A break below the rising wedge, nonetheless, may have dips find initial support around the 0.7067 region.

Trendline support (0.7076), as you can see, has maintained position, with yesterday lifting to resistance at 0.7237. Should sellers welcome the resistance level today, this could be the early stages of a right shoulder from a head and shoulder’s top formation (0.7241/0.7275).

Despite facing opposition by way of the 0.72 level, intraday bullish pressure from trendline support (prior resistance – 0.7215) elevated AUD/USD above the round number on Wednesday to test supply at 0.7236/0.7222, a clear-cut drop-base-drop zone that unites with channel resistance (0.7207).

H4 resistance at 0.7237 is also positioned a pip above the current supply.

Wednesday’s outlook forecasted a 0.72 break, targeting H1 supply at 0.7236/0.7222. This was a reasonably straightforward setup, having seen the number of times H1 trendline support was retested.

Since early last week, buyers and sellers have been squaring off mid-range between supply from 107.58/106.85 and support at 104.62, taken from the monthly timeframe (descending triangle support).

With respect to the RSI value, the indicator is seen bottoming ahead of oversold space.

Intraday, technical evidence suggests sellers may look to strengthen their grip today, particularly if we clear H1 trendline support. Intraday sellers have the 61.8% Fib level on the H4 timeframe at 105.67 to target, with an elbow lower potentially pushing for 105.50 on the H1.

However, do remain aware of where we’re trading from on the bigger picture: monthly descending triangle support at 104.62, with room to move higher on the daily timeframe.

As you can see, although we’ve recorded back-to-back gains in recent trading, buyers and sellers still emphasise an indecisive tone right now. On one side, sellers are defending the aforesaid structures, while on the other side of the field buyers appear eager to extend the immediate trend, set in March.

Tuesday scored gains after bottoming ahead of channel support (1.3064), filtered closely with a trendline support (1.2981), with Wednesday extending to the upside and closing within close proximity of channel resistance (1.3267), arranged just ahead of supply at 1.3301/1.3273, taken from December 2019.

Following a brief phase of consolidation off 1.3150 resistance and the 100-period simple moving average, GBP/USD bulls swung to the upside and recently passed through 1.32 resistance.

Indicator-based traders will also note the RSI is circling just south of its overbought level.

With monthly price suggesting the immediate trend (seen on the daily timeframe) still has gas left in the tank, along with H4 and H1 timeframes posting space to marginally push higher, intraday bullish strategies off 1.32 could be seen today. The caveat, of course, are the daily resistances. 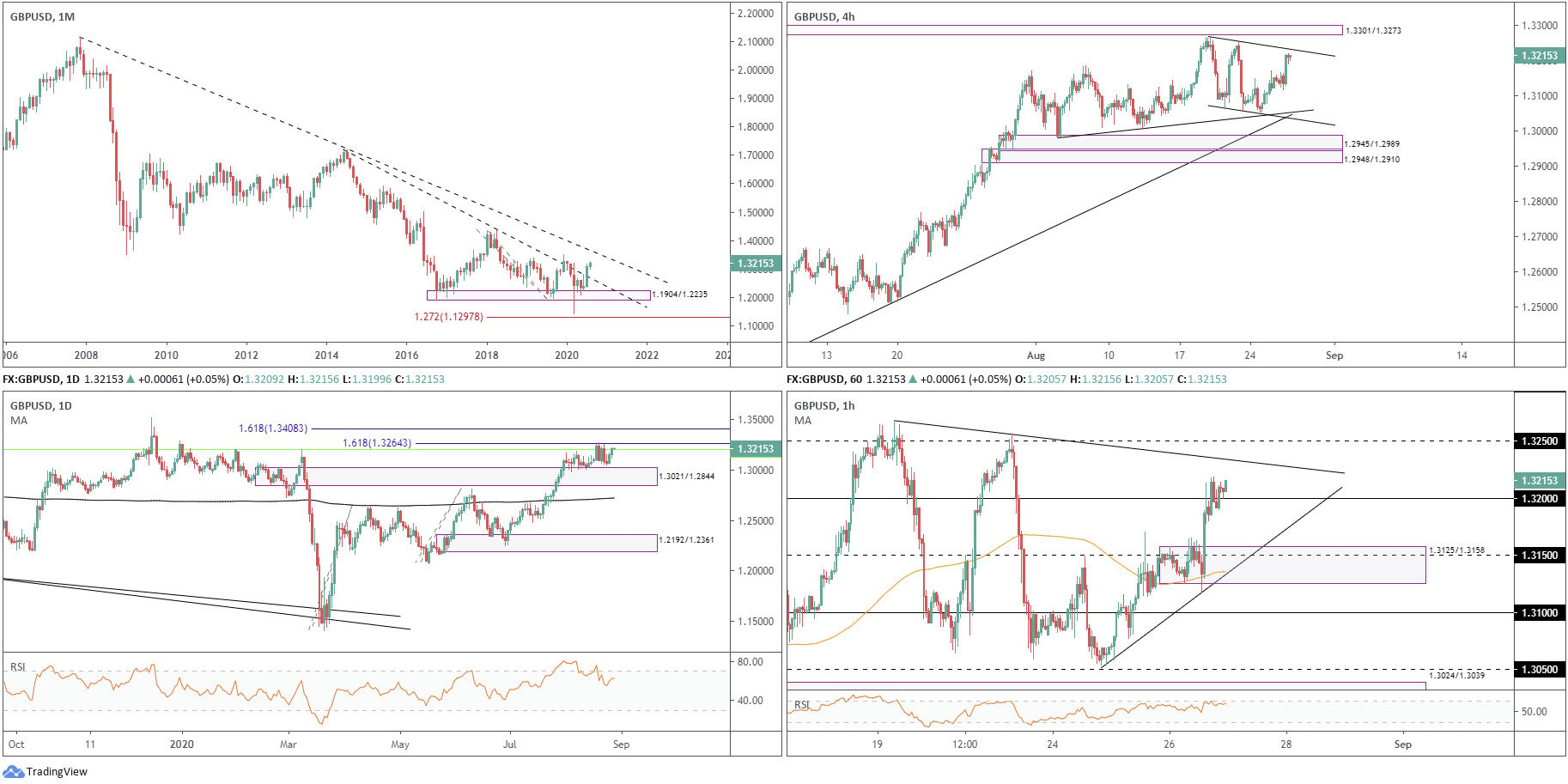