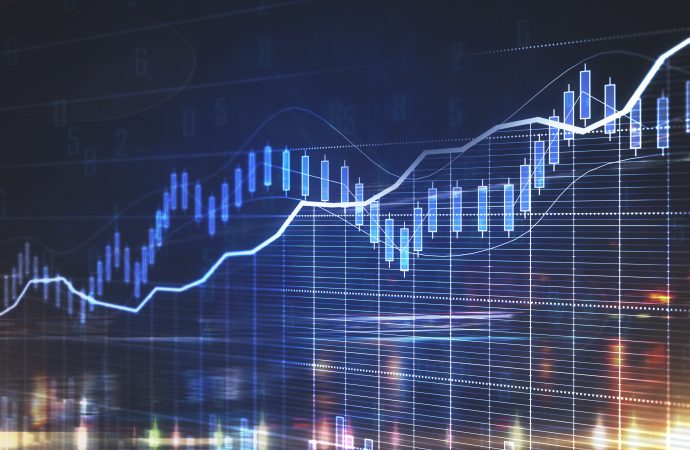 August currently trades up by 0.6 percent.

Heading into US trading on Wednesday, the euro sunk through a number of key intraday supports, including demand at 1.1896/1.1910 (housing the round number 1.19 within), channel support (1.1712) and the 100-period simple moving average. Additionally, the RSI value probed oversold status and is currently chalking up hidden bullish divergence.

By means of a daily bearish outside day reversal, confirmed by RSI bearish divergence a touch south of overbought levels, a spirited decline took hold yesterday just ahead of supply at 0.7346/0.7282.

Further dips will find initial support at around the 0.7067 region.

Brushing aside the aforesaid trendline today could have buyers and sellers butt heads at demand taken from 0.7082/0.7106 and intersecting trendline support (0.6776).

Demand at 0.7164/0.7156 inhabits terrain just north of 0.7150 support, both of which mark achievable downside targets in the event of a trendline breach today.

In terms of the RSI value, the oscillator nosedived into oversold terrain and is, at the time of writing, producing hidden bullish divergence.

Before the market decides on its next path, whipsawing through current H1 trendline support is certainly not out of the question today. Technical studies reveal H4 trendline support (0.6832) rests just under the H1 base, a few pips ahead of H1 demand at 0.7164/0.7156. 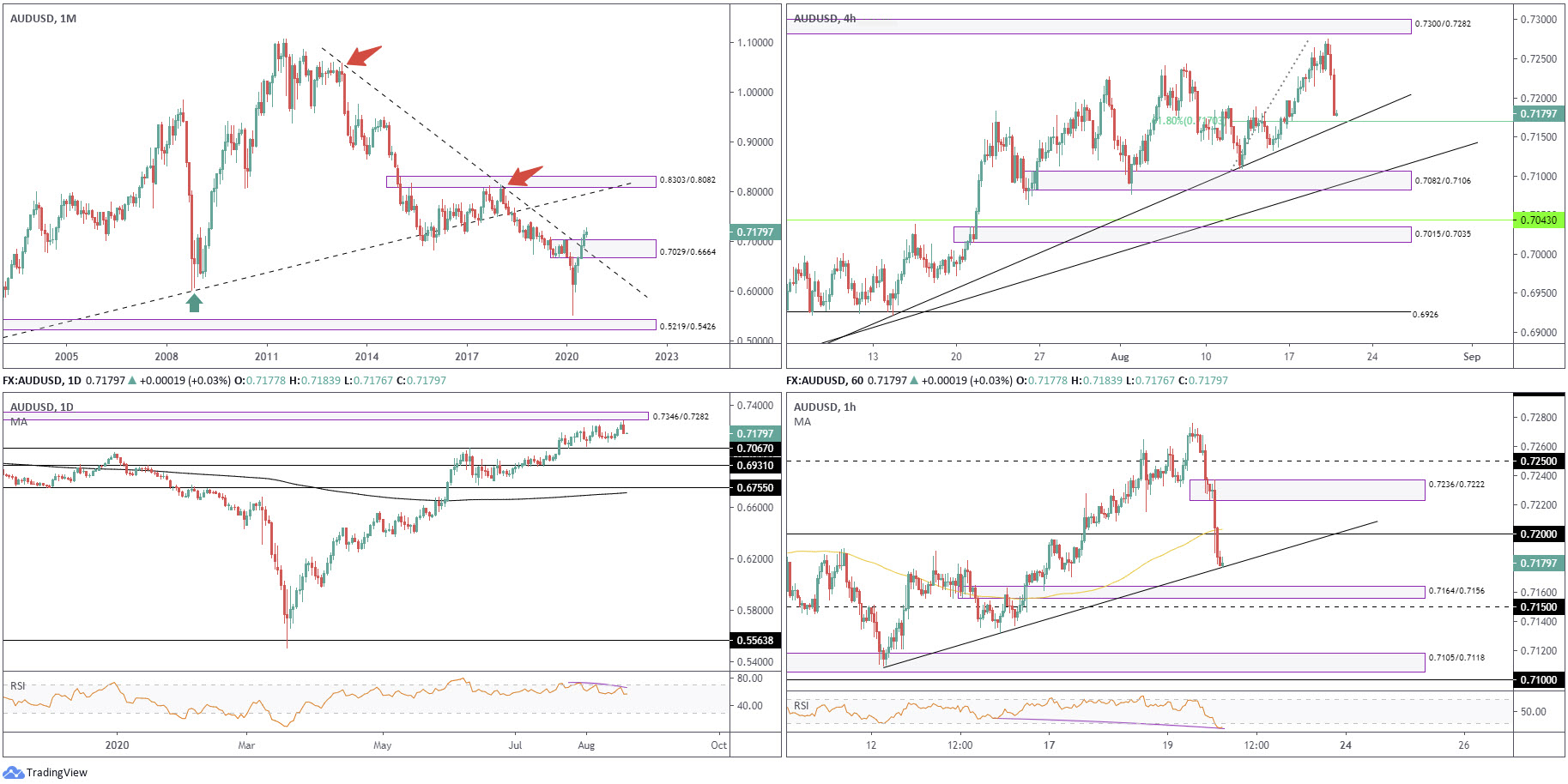 April, May and June were pretty uneventful, with the latter wrapping up indecisively in the shape of a neutral doji candlestick pattern. July, nonetheless, sunk nearly 2 percent, testing the lower boundary of the descending triangle, while August currently trades higher by 0.20 percent.

Friday’s response out of supply from 107.58/106.85 invited additional bearish sentiment in the early stages of trade this week, steering action to a drop-base-rally demand area at 105.25/105.71.

Braced amid a strong USD bid across the board yesterday, the session put up a substantial bullish outside day reversal from the aforesaid demand area, despite having its lower edge clipped. Letting go of this zone positions the spotlight back on support at 104.62, taken from the monthly timeframe (descending triangle support).

Dethroning the aforesaid supply today leads to a possible test of supply at 106.65/106.43. This is a drop-base-drop formation, boasting strong downside momentum out of its base.

106 resistance relinquished its position in recent hours, with price addressing the 100-period simple moving average and consequently retesting 106 as support.

With respect to the RSI value we recently entered overbought waters.

After mildly breaching resistance at 1.3201 Tuesday, a 161.8% Fib ext. level at 1.3264 welcomed price action on Wednesday and delivered a notable bearish candle that closed at session lows, a move shadowed by RSI bearish divergence.

Supply found at 1.3301/1.3273 was left untouched on Wednesday as cable delivered notable downside amidst a resurgence in USD demand.

1.31 support, however, has been received reasonably well (albeit dipping to lows at 1.3090), likely containing enough oomph to retest supply at 1.3150/1.3127, aligning with the 100-period simple moving average.

With reference to the RSI indicator, traders will note we challenged oversold water and recently exited the range.

Although monthly toppled trendline resistance, daily price faces resistance by way of the 161.8% Fib ext. level at 1.3264. This, as you can see, hampered breakout strategies above 1.3250 (H1).