August 10th 2022: Technical View Ahead of US Inflation Data 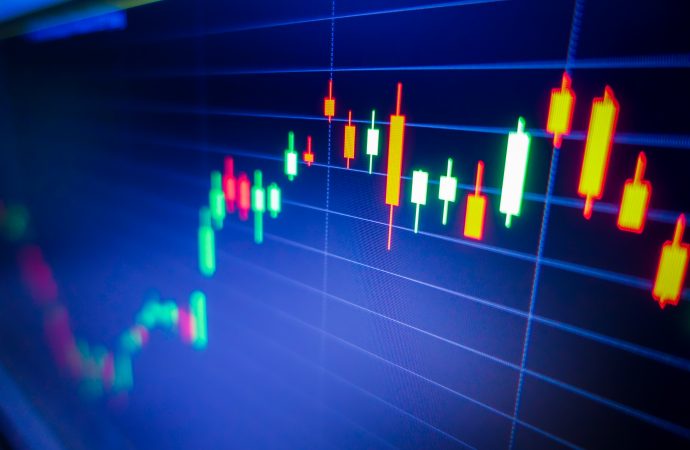 News flow remained light on Tuesday as investors await the release of today’s US inflation figures following last week’s hotter-than-anticipated US employment data. Overall, it was a soft day for the US dollar consequently underpinning Europe’s shared currency.

The weekly timeframe’s price action, as noted in recent technical briefings, came within a whisker of clipping resistance at $1.0298 in recent weeks. Knowing this market has been entrenched within a decisive downtrend (primary bear trend) since 2021, weekly price nibbling at resistance is a key technical event. Couple this with the daily timeframe testing a ‘local’ trendline resistance, extended from the high $1.0774, together with the relative strength index (RSI) still nipping at the lower side of the 50.00 centreline, sellers appear to have the upper hand for the time being.

The H4 timeframe has price action working with a decision point at $1.0276-1.0235. You may recall from previous analysis that I highlighted the consolidation zone on the H4 chart between the noted decision point and support coming in at $1.0125. Additional levels to be mindful of are Quasimodo support from $0.9998 and a Quasimodo support-turned resistance at $1.0354.

Weekly, daily and H4 timeframes favour sellers in terms of trend and technical structures. As a result, a downside breach of $1.02 on the H1 timeframe may be viewed as a bearish scenario, targeting H1 Quasimodo support from $1.0150. Alternatively, a break to fresh short-term highs could see H1 Quasimodo resistance make a show at $1.0275. Reinforced by Fibonacci confluence, this area might also appeal to sellers.

Similar to EUR/USD, the AUD/USD currency pair exhibited narrow trading on Tuesday. You may recall from recent writing that I underlined the currency pair has been chewing at the lower side of weekly resistance from $0.6996 since the end of July. While this follows a rebound from weekly support between $0.6632 and $0.6764, traders are encouraged to note the trend direction favours sellers (definitively lower since early 2021). On top of this, the daily timeframe throws light on neighbouring resistance at $0.7039— accompanied by a 38.2% Fibonacci retracement at $0.7051 and a nearby prime resistance at $0.7104-0.7080. However, seeing that daily support from $0.6901 has stood its ground and the daily chart’s relative strength index (RSI) remains off its 50.00 centreline (positive momentum), we have mixed signals on the bigger picture right now.

Lower on the curve, buyers and sellers are squaring off around $0.70, a widely watched psychological level. Overhead, the lower edge of the H4 prime resistance is marked at $0.7031, which happens to form a Quasimodo resistance level (left shoulder seen at the black arrow). The $0.6898-0.6914 prime support calls for attention to the downside on the H1 scale, merging with the $0.69 figure.

It was another monotonous session also for USD/JPY on Tuesday, leaving us with the same technical structure as we had heading into Tuesday’s sessions. Therefore, much of the following text will echo thoughts put forward in recent analysis.

H4 trendline resistance, drawn from the high ¥138.88, however, has marginally given up its ground and could now offer support. An ascending support-turned resistance is seen to the upside (taken from the low ¥134.27), which is joined closely with a 78.6% Fibonacci retracement at ¥137.48. Quasimodo resistance-turned support at ¥130.58, however, is positioned lower.

Finally, on the H1 timeframe, price appears set to revisit ¥134 and the nearby Quasimodo resistance-turned support at ¥134.14. A rebound from the aforesaid levels could send price as far north as prime resistance at ¥136.21-135.87 and perhaps reconnect with ¥137.

The weekly and daily timeframes show buyers may strive to make contact with weekly resistance at ¥137.23. As such, the break of the current H4 trendline resistance might fuel further buying, drawing H1 price to prime resistance at ¥136.21-135.87.

Aside from price action on the H1 timeframe touching gloves with trendline resistance, extended from the high $1.2293, and guiding the currency pair south of $1.21, it was another quiet session on Tuesday, largely ending off best levels. Follow-through selling on the H1 scale could see the unit retest $1.20.

Higher up, I see limited change, therefore much of the following text is taken from previous analysis.

Price action is still finding it troublesome to garner much of a floor from the daily timeframe’s trendline resistance-turned support, taken from the high $1.3639. Visible alongside the daily chart’s relative strength index (RSI) venturing below its 50.00 centreline (negative momentum), any upside from the aforementioned trendline support is likely to be feeble. Couple this with the weekly timeframe’s support level at $1.1958 failing to ignite much bullish pressure in recent weeks, in addition to the trend facing south since the early months of 2021, sterling clearly echoes a strong bearish vibe.