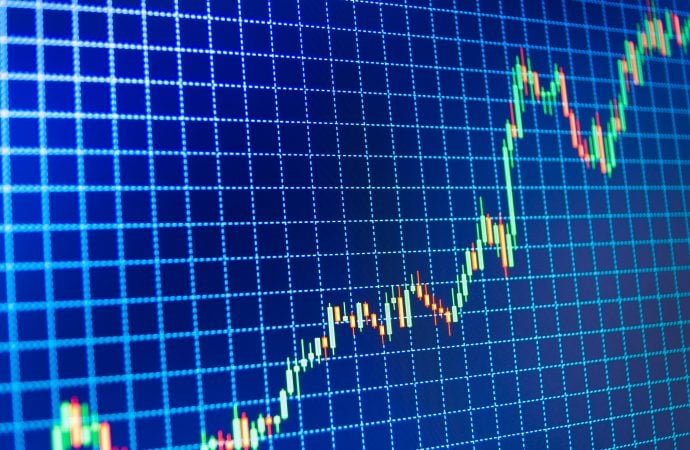 Recent underperformance pulled EUR/USD into the walls of demand at 1.1857/1.1352. A rebound from the aforesaid demand shifts attention to the possibility of fresh 2021 peaks and a test of ascending resistance (prior support – 1.1641). Extending lower, on the other hand, shines the technical spotlight on trendline resistance-turned support, taken from the high 1.6038.

Lower on the technical curve, we can see Europe’s single currency rose against a broadly softer US dollar on Monday, despite holiday-thinned trade and a better-than-expected US ISM Services PMI (M/M).

Leaving Quasimodo support from 1.1688 unchallenged, further outperformance could have EUR/USD touch gloves with the 200-day simple moving average roaming around the 1.1872 neighbourhood.

On the basis of the RSI oscillator, the value is on track to test the 50.00 centreline and trendline resistance, drawn from the peak 76.00.

Monday’s bullish assault observed price action take on resistance at 1.1779, along with trendline resistance, drawn from the high 1.2243. As you can see, this led the pair to another layer of resistance at 1.1818, with subsequent buying to possibly take aim at resistance from 1.1870.

RSI movement held support at 39.04 (helped by trendline support [from the low 20.50]) and attacked overbought space, consequently bringing light to resistance at 78.97 (a level in play since the beginning of 2021).

Buyers beginning to show signs of life within monthly demand from 1.1857/1.1352, together with scope for daily price to test the 200-day simple moving average around 1.1870, implies H1 buyers could take aim at 1.1850ish. However, bearish forces from H4 resistance at 1.1818 may force a 1.18 retest on the H1 before buyers attempt to step forward.

The 0.7563 February low, as you can see, delivered supportive structure heading into the closing stages of March, with last Thursday pencilling in a clear-cut hammer pattern—typically viewed as a bullish signal at troughs.

Bolstered by a combination of factors, including technical buying north of 0.7563 and USD softness, AUD/USD rallied more than 0.5 percent Monday. An extension to the upside shines light on resistance at 0.7817, while sellers regaining consciousness could have price take aim at demand from 0.7453/0.7384 (dovetailing closely with a 100% Fib extension at 0.7465 and a 1.618% Fib projection at 0.7389). Technicians will also note the 200-day simple moving average circling nearby at 0.7386.

As for the RSI oscillator, the value remains reinforced off channel support, taken from the low 43.70.

Quasimodo resistance recently elbowed into the spotlight around 0.7655 (uniting with a 38.2% Fib level at 0.7652), following yesterday’s outperformance. Sustained interest to the upside here, having seen scope for daily price to explore higher levels, may throw light on supply at 0.7696/0.7715 (merges with trendline resistance, printed from the high 0.8007).

Any downside attempt from the aforesaid Quasimodo could have price test last Friday’s lows at 0.7592.

Thin offers around the aforementioned Quasimodo would shine light on the 0.77 figure, a psychological level sheltered under supply at 0.7716/0.7707 (an important zone given it were here a decision was made to break beneath 0.77).

From the RSI oscillator, we can see the test of 0.76 was supported by a test of RSI trendline resistance-turned support, taken from the high 69.00. Recent hours witnessed the value exit overbought space.

Following January’s bullish engulfing candle and February’s outperformance, March concluded up by 3.9 percent and marginally cut through descending resistance, etched from the high 118.66. Any sustained upside here highlights the possibility of continuation moves to as far north as 126.10/122.66 supply. Though before buyers attempt to climb, a retest of the breached descending resistance could take shape.

Supply at 110.94/110.29—an area sharing a close connection with the monthly timeframe’s descending resistance—managed to generate some bearish interest yesterday, despite echoing an indecisive stance heading into the latter part of last week.

Pressured amidst broad dollar softness, support at 109.38 (a previous Quasimodo resistance) is next in the firing range, should sellers maintain their current trajectory.

In terms of trend on the daily scale, though, we have been decisively higher since early 2021.

Latest developments also witnessed the RSI dip just south of resistance at 83.02, currently on the verge of exiting overbought space.

Despite demand at 110.27/110.39 (this demand represented a decision point to breach offers around 110.50) welcoming price on Friday and the 100-period simple moving average subsequently generating dynamic support, buyers stepping aside on Monday allowed the pair to run through the noted demand (now a serving supply) and cross swords with the 110 figure and demand at 109.92/109.99 (another clear decision point to break above 110).

Territory beneath 110 highlights Quasimodo support at 109.53.

From the RSI oscillator, we are seeing the value explore oversold territory, with the indicator currently threatening to exit the area.

While buyers could continue to defend 110 on the H1, aided by H1 demand and a 38.2% H4 Fib level at 109.97, technical analysts have also likely noted H1 Quasimodo support at 109.53. This level joins closely with H4 support at 109.36 and the monthly descending resistance-turned possible support.

Sterling rose against the US dollar on Monday as the greenback stumbled across the board, movement which placed the US dollar index firmly under the 93.00 threshold. This—coupled with the UK planning to ease lockdown mid-April—lifted GBP/USD to tops at 1.3913, placing the currency pair within striking distance of trendline support-turned resistance, extended from the low 1.1409.

The RSI nudged above the 50.00 centreline on Monday, informing traders that momentum to the upside could continue.

Latest developments from the H4 chart show price recently trekked through 1.3852 resistance (a level potentially to offer support) and is now on the doorstep of a harmonic bat pattern, offering a potential reversal zone (PRZ) between 1.3965 and 1.3937. Interestingly, the harmonic formation aligns closely with the daily trendline support-turned resistance.

In terms of the RSI indicator’s position, we recently exited overbought territory after testing peaks at 77.00. Trendline support, drawn from the low 23.30, is seen should the value push for lower levels.

Technically speaking, the H4 timeframe’s harmonic bat pattern between 1.3965 and 1.3937 is likely to attract bearish interest. Not only is it a popular pattern, it joins hands with trendline support-turned resistance on the daily timeframe.