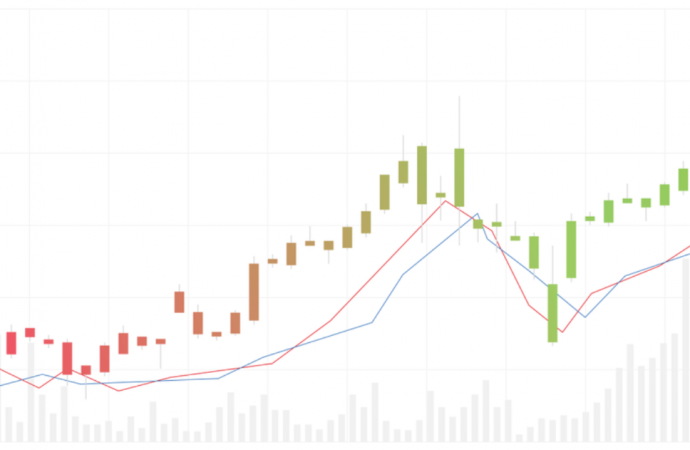 Demand for EUR/USD waned once again on Monday, unearthing a third losing session for the currency pair. Technically speaking, it should not surprise that sellers have taken the wheel and may continue to demand control over the coming sessions.

In terms of trend and structure, recent analysis on the weekly timeframe pointed out the following:

Trend on the bigger picture continues to echo a downside bias, reflecting bearish status since topping at $1.2350 at the beginning of January (2021). This is reinforced by a trendline support breach on the weekly scale, drawn from the low $1.0636, together with the recent retest of weekly resistance from $1.1174 following year-to-date lows at $1.0806 in early March. Weekly channel support, extended from the low $1.1186 (arranged north of weekly Quasimodo support at $1.0778), remains a technical ‘floor’ for the time being.

Further to the weekly timeframe’s view point, the daily timeframe continues to reflect a downside bias:

Supporting the bearish picture is daily flow trading beneath its 200-day simple moving average at $1.1480 since mid-June. Also of technical relevance on the daily timeframe, of course, is last week’s bearish outside reversal ahead of resistance at $1.1224. The $1.0788-1.0854 decision point (as well as an intersecting ascending support, drawn from the $1.0340 3rd January low 2017) represents a reasonable downside objective which complements weekly channel support. An additional study on the daily scale reveals the relative strength index (RSI) tunnelling into deeper terrain beneath the 50.00 centreline. Remaining under the aforementioned line informs market participants that average losses exceed average gains on this timeframe (negative momentum).

Across the page on the H4 timeframe, the ongoing slide dethroned trendline support in recent hours, etched from the low $1.0806, consequently delivering another ‘bearish blow’. Follow-through weakness exposes support coming in at $1.0903 and trendline resistance-turned support, taken from the high $1.1495. Fibonacci enthusiasts may also acknowledge a 78.6% retracement residing at $1.0888.

From the H1 chart, early US hours witnessed the pair venture under the widely watched $1.10 figure. Subsequent action retested $1.10 to establish resistance, a move shining the technical spotlight on neighbouring support from $1.0950. Rupturing the latter signals an approach to $1.09 may be in the offing, which happens to merge with H4 support at $1.0903.

All four timeframes reveal sellers have more ‘fuel’ in the tank. This unlocks a potential short-term bearish scene towards at least H1 support at $1.0950. Continuation moves beneath the aforementioned level, as suggested by surrounding timeframes, would likely take aim at $1.09.

Following a brief pause, AUD/USD bulls entered an offensive phase on Monday. Still, upside lacked sufficient enthusiasm to decisively break the daily timeframe’s bullish flag pattern ($0.7540-0.7466) but has certainly shaken the upper boundary. Together with the currency pair trading north of its 200-day simple moving average at $0.7296 and trendline resistance (drawn from the high $0.8007), a breakout to the upside is likely, highlighting the prospect of a continuation run towards $0.7660. As you can see, a daily double-bottom pattern ($0.6991) had its neckline taken ($0.7314) in March and drew attention to its profit objective at $0.7660 (connects closely with daily Fibonacci resistance between $0.7641 and $0.7609). One final point on the daily scale is the relative strength index (RSI) is seen closing in on overbought territory—indicator resistance from 74.80 is of particular importance.

After a decisive mid-March bid from prime support at $0.6948-0.7242 on the weekly timeframe, weekly prime resistance at $0.7849-0.7599 warrants focus. The trend, according to overall chart studies, suggests that surpassing the noted resistance may be problematic. The monthly timeframe has portrayed a downtrend since August 2011, indicating the pullback (February 2022 to current) on the weekly timeframe might be viewed as a ‘sell-on-rally’ theme and not a ‘dip-buying’ opportunity from within the 2021 advance from pandemic lows of $0.5506 (march 2021). A bearish scene from prime resistance, therefore, could develop. If a $0.6948-0.7242 break lower should come to pass, weekly support at $0.6673 and a 50% retracement at $0.6764 are observable.

Against the backdrop of higher timeframe flow, short-term direction based on H4 and H1 timeframes are shaking hands with resistance. H4 Quasimodo resistance at $0.7547 entered the fight in recent hours, as did prime resistance drawn from $0.7561-0.7540 on the H1 scale. Both areas, nevertheless, are vulnerable, which shifts focus to $0.76 as an upside objective.

The trend (see weekly description above) places weekly prime resistance in favourable light. Daily flow, assuming an upside breakout of the current flag pattern, exhibits scope to approach Fibonacci resistance between $0.7641 and $0.7609 (as well as the double-top profit objective at $0.7660) which informs technicians that the lower area of weekly prime resistance at $0.7849-0.7599 is a ‘realistic’ resistance for sellers.

From a short-term perspective, knowing higher timeframes may pursue higher levels, we could see H1 price take on both H4 resistance ($0.7547) and H1 prime resistance at $0.7561-0.7540 to reach $0.76ish. As a result, according to technical studies, bullish vibes remain above $0.75, with potential resistance making a show around $0.76.

It was a reasonably muted session for USD/JPY on Monday as buyers and sellers battled for position a touch under Friday’s high (¥123.03). In light of yesterday’s lacklustre performance, much of the following analysis is unchanged.

From the weekly timeframe, price encountered multi-year pinnacles at ¥125.11 and Quasimodo resistance at ¥124.42. Seeking lower ground from current prices shines light on support from ¥118.66. Although we’re retreating from resistance, trend studies communicate a bullish vibe. Along with the daily timeframe holding above its 200-day simple moving average at ¥113.40 since February 2021, the overall longer-term trend has been higher since 2012 (check monthly timeframe). The 21.5 percent correction from June 2015 to June 2016 provided a dip-buying opportunity, as did a subsequent 14.8 percent correction from December 2016 to pandemic lows formed early March 2020. Adding to this, we broke the ¥118.66 December 2016 high in mid-March.

In line with the weekly timeframe, daily price defended resistance coming in at ¥123.72 last week. Demand is at ¥118.25-119.16 should sellers put in another appearance. An additional technical note is the relative strength index (RSI) peaked around 87.52 (a level not seen since 2014). Exiting overbought space is considered a bearish indication by many technicians. However, in upward facing markets, such as the one we’re in now, false bearish signals are common. If the RSI value does indeed tunnel lower, the 40.00-50.00 area of support may be targeted (served as a ‘temporary oversold’ base since May 2021).

Buyers appear to be in the driving seat on the H4 and H1 timeframes. H4 action delivered a floor from ¥121.44-120.89 and maintains a modest bullish presence. The rebound followed the reaction from weekly Quasimodo resistance at ¥124.42. Below current support could draw in additional support from ¥120.06-119-57. In terms of the H1 timeframe, a double-bottom pattern established itself ahead of ¥121. The pattern’s neckline (¥122.46), as you can see, has been engulfed which informs chartists that further upside to ¥123.61 could be in the offing (profit objective derived by measuring from the lowest trough to the neckline and then extending this value at the breakout point [vertical red rectangles]). What’s interesting is the profit objective blends with a decision point coming in from ¥123.76-123.43 that’s located above ¥123.

From a short-term view, however, the prospect of a push higher remains on the table. Holding above ¥122 swings the pendulum in favour of eventually breaking ¥123 to test the H1 decision point at ¥123.76-123.43 and ‘complete’ the current H1 double-bottom pattern.

Renewed downside in GBP/USD remains probable, according to technical studies. Below is a reminder of where we left the weekly timeframe:

Coming from the daily timeframe, given Monday’s subdued close, the current outlook remains unchanged on daily and H4 timeframes:

Daily support at $1.3082 is a fragile level, incapable of stirring interest last week. Unsupportive of buying, aside from the weekly timeframe casting light on lower price levels, the relative strength index (RSI) on the daily timeframe is seen pulling lower from the 50.00 centreline (negative momentum). For any longer-term trend followers watching the longer-dated moving averages, you will also note the currency pair continues to operate south of the 200-day simple moving average at $1.3553—a (technical) bearish view.

Given weekly prime resistance at $1.3473-1.3203 receiving price action, in addition to trend direction facing southbound, upside efforts from daily support at $1.3082 are fragile. For that reason, chart studies indicate possible clearance of the level.