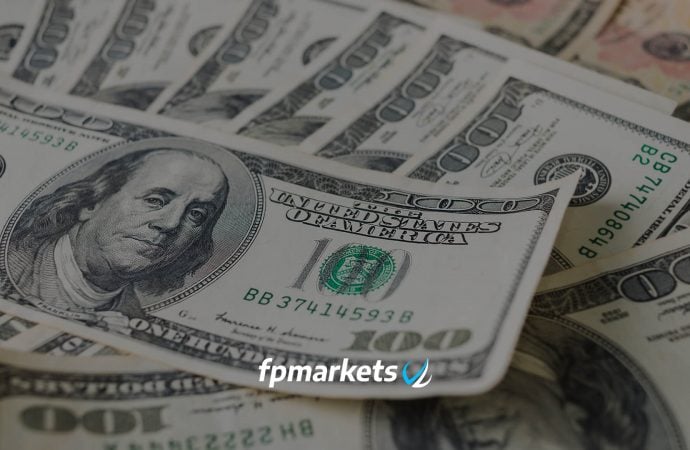 As we head into the early stages of April, March left behind a long-legged doji indecision candle, with extremes crossing paths with heavyweight demand-turned supply at 1.1857/1.1352 and demand at 1.0488/1.0912.

To a degree, we’re now rangebound between the two aforementioned price structures; notably, however, April’s candle is testing the top edge of 1.0488/1.0912.

Europe’s single currency recorded its fourth consecutive losing day against the greenback Thursday, consequently extending downside south of the 200-day SMA at 1.1074, as buyers lost their flavour around demand at 1.0925/1.0864.

The combination of two AB=CD bullish patterns is likely to excite buyers today, with the possibility of reaching the 38.2% H1 Fib retracement level at 1.0906 on the H1 timeframe, and maybe the 38.2% Fib retracement at 1.0943 on the H4.

Though Tuesday’s movement inked in a bearish outside day setting, and generated additional follow through Wednesday, it meant little on Thursday given we’re testing the top edge of 0.5926/0.6062 as potential demand, by way of an indecision candle formation.

With reference to the RSI indicator, the value is struggling to make headway north of 30.00, fading south of 50.00.

Although not quite the G10 underperformer, the pair did receive a knock in early US hours Thursday amid souring risk appetite. From a technical standpoint, we’re still grinding lower south of weekly tops at 0.6213; aside from possible support emerging from a double-bottom scenario around 0.5872, demand at 0.5737/0.5825 is on the radar.

US hours on the intraday H1 chart witnessed a calming ahead of the widely watched 0.60 level and ABCD convergence (orange) Thursday, with early Asia trade to potentially grip the underside of 0.61 today, which, as you can see, is closely aligned with a 100-period SMA at 0.6115.

With reference to the RSI indicator we are coming off lows just ahead of oversold terrain, eyeing 50.00.

The top edge of daily demand 0.5926/0.6062 is containing downside, as we write, albeit in the form of a daily indecision candle. Despite this, buying pressure from the higher-timeframe demand may provide enough impetus to bring in 0.61 today and maybe the 100-period SMA around 0.6115.

A test of 0.60 (and potential rebound) is also not out of the question, with the majority of protective stop-loss orders likely sited beneath the 161.8% Fib ext. level at 0.5989.

Initial weakness emerged on the back of soaring US weekly unemployment claims Thursday, though downside in the USD echoed a lacklustre tone with resurgent demand lifting the US dollar index to highs beyond the 100.00 handle. This, as evident from the H4 chart on USD/JPY, placed the candles within reasonably close proximity of 108.88/108.49, an area of supply that contained upside earlier in the week.

US trade watched price action produce a spirited recovery, after bottoming a few points off 107. The move powered through the 100-period SMA and grasped 108. Though traders witnessed a calming around the underside of the psychological band, recent hours saw price latch on to a fresh bid and take 108 to the upside.

The break of 108 will likely trigger breakout buy stops, perhaps bolstering intraday flow north of the number today. The concern, however, is seen on the higher timeframes – daily price could find resistance off the 200-day SMA around 108.31 and H4 price off supply at 108.88/108.49. Therefore, it could be an idea to factor the two said areas into the trade plan should a long position be taken above 108.

Recent sessions witnessed intraday action challenge the underside of well-known supply at 1.2520/1.2455, capping upside for a third time in the space of a week. The key observation here is each time the area is tested price fails to break prior lows, suggesting seller weakness, despite retaking 1.24 to the downside.

Supply posted at 1.2610/1.2549 is next in the firing range, should the current base of supply give way, whereas should sellers maintain a presence sub 1.24 today, 1.23 offers feasible support, given its recent history.

Shorts on the back of H1 price testing under 1.24 is likely to appeal to some intraday traders this morning, though given the lack of commitment from sellers out of daily supply at 1.2509/1.2372, downside potential could be weak at this point.