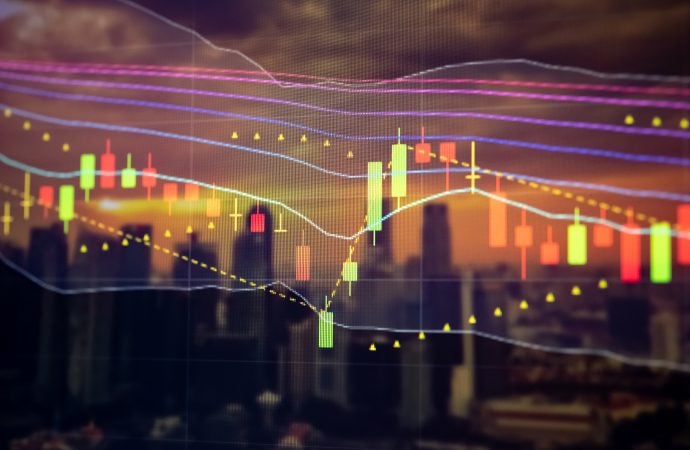 Buyers and sellers continue to square off around the lower side of resistance from 1.2058. This is in spite of Tuesday’s shooting star, a candlestick pattern that can stir bearish activity.

The 200-day simple moving average, around the 1.1913ish neighbourhood, is next in the firing range should sellers navigate lower terrain. In the event buyers make an entrance, the next layer of resistance beyond 1.2058 is found at 1.2169: a Quasimodo formation.

RSI flow remains closing in on overbought territory. Should we test this region, bearish hidden divergence is likely to present itself.

The US dollar index (ticker: DXY) responding from daily resistance at 91.36 on Wednesday put the brakes on EUR/USD downside momentum from supply at 1.2101-1.2059. Technicians will note the aforesaid supply is stationed a pip north of daily resistance underlined above at 1.2058.

Despite the above, technical forces also throw light on support nearby at 1.1990, with a break pointing to Quasimodo resistance-turned support at 1.1937.

The 1.20 recovery, as you can see, was impressive and shines the technical spotlight back on Quasimodo resistance at 1.2070 and the associated Fib cluster around 1.2067.

In conjunction with H1 action bouncing from 1.20, RSI also rebounded from support at 35.45 and ended the session marginally above the 50.00 centreline, a signal that short-term action could be headed higher.

The lack of downside pressure from H4 supply at 1.2101-1.2059, coupled with monthly action rebounding from demand at 1.1857-1.1352 and H1 taking on the 1.20 round number as support, places a question mark on daily Quasimodo resistance at 1.2058. As such, increased interest to the upside could be on the cards today.

Although establishing a shooting star candle (a bearish signal) on Tuesday, a few pips south of resistance at 0.7817, AUD/USD struggled to ignite much bearish movement on Wednesday amid improved market sentiment and DXY action tagging resistance at 91.36.

According to the RSI oscillator, upside momentum remains, with the value holding north of the 50.00 centreline. Increased interest to the upside could have the value cross swords with channel resistance, drawn from the high 80.12.

0.7696-0.7715 demand continues to serve buyers on the H4 scale, an area withstanding numerous downside attempts since mid-April. Technicians will note that trendline support, extended from the low 0.7531, inhabits territory to the downside.

As traders digest Wednesday’s 0.77 recovery, a level fastened just north of demand at 0.7679-0.7695 (represents the decision point to break above 0.77 in mid-April), the currency pair recently overthrew the 100-period simple moving average and shook hands with supply at 0.7783-0.7760 (notable on this scale seeing as how it was within this area a decision was made to push below the 100-period simple moving average on Tuesday).

In response to recent optimism, RSI activity crossed above the 50.00 centreline and is seen levelling off ahead of 60.00.

Short-term flow shows buyers and sellers battling for position around H1 supply at 0.7783-0.7760, though having seen H4 displaying scope to approach Quasimodo resistance at 0.7800, puncturing the aforesaid H1 supply is an option today to reach the 0.78 figure. 0.78 also coincides closely with daily resistance posted at 0.7817.

US equity benchmarks recorded a relatively healthy session Wednesday, movement which can trigger JPY selling. Though with the DXY exploring negative territory, action that can weigh on USD/JPY, this ultimately emphasised an indecisive session for the currency pair.

The lack of volatility, therefore, continues to throw light on trendline support, etched from the low 102.59, as well as demand plotted at 107.58-106.85 (prior supply) and a 38.2% Fib level at 107.73. Voyaging into the aforesaid areas underlines the possibility of a bullish revival.

Should the aforesaid demand move aside, welcoming support at 107.44 could be on the cards.

The 108 psychological support extended its presence on Wednesday, though buying pressure from the level appears somewhat deflated. Upside structure consists of trendline resistance, taken from the high 110.55, a 100-period simple moving average, together with supply areas at 108.57-108.46 and 108.60-108.71.

April, however, trades higher by 1.1 percent.

Sterling reversed earlier losses against the US dollar on Wednesday, concluding the session considerably off session lows.

The technical framework on the daily scale remains unchanged.

Trendline support-turned resistance, taken from the low 1.1409, is arranged to the upside, while 1.3670 bottoms reside to the downside, set just north of Quasimodo support at 1.3609 (aligning with interesting Fibonacci confluence).

RSI activity remains within touching distance of overbought waters (in particular resistance at 76.14) after recently cementing position above the 50.00 centreline.

Support at 1.3919 has so far done a good job of holding back sellers, following Tuesday’s one-sided decline from Quasimodo resistance at 1.4007.

Follow-through buying was observed, though failed to find acceptance north of 1.3943. Breaching the said high today unlocks the possibility of additional bullish sentiment towards the 1.40 vicinity.

H1 rebounding from 1.39 confluence on Wednesday, coupled with H4 support delivering a floor at 1.3919, stirs the possibility of follow-through upside today, with bullish bets likely to take aim at 1.40ish.