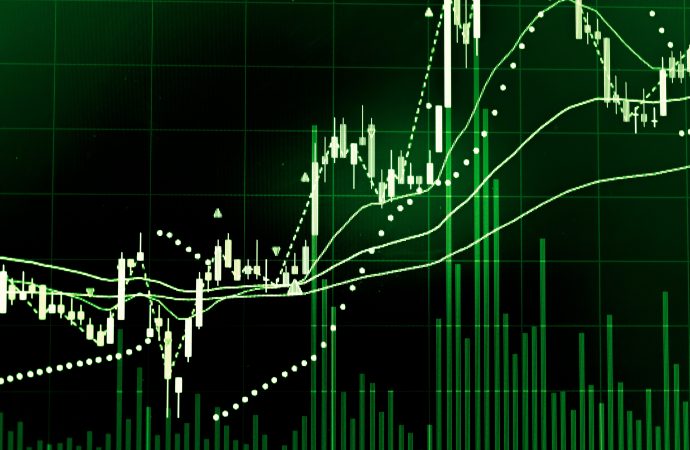 Following the three-month retracement slide, demand at 1.1857-1.1352 sparked a bullish revival in April, up 2.5 percent MTD. The possibility of fresh 2021 peaks is on the table, followed by a test of ascending resistance (prior support – 1.1641).

On course to shape a shooting star—a candlestick pattern generally interpreted as a bearish signal at peaks—price action tested the resolve of sellers at resistance from 1.2058 on Tuesday.

Should the aforementioned movement rejuvenate selling, downside moves could address the 200-day simple moving average, currently plotted around the 1.1910ish neighbourhood. In the event buyers make an entrance, however, the next layer of resistance beyond 1.2058 can be seen at 1.2169: a Quasimodo formation.

Trend studies, despite the recent test of resistance at 1.2058, reveal EUR/USD has been trending higher since early 2020 (many analysts likely refer to this as the primary trend).

RSI flow, on the other hand, is seen closing in on overbought territory. Should we test this region, bearish hidden divergence is likely to present itself.

With the US dollar index (ticker: DXY) displaying bullish intent off 91.00 Tuesday, EUR/USD supply elbowed into the spotlight at 1.2101-1.2059 and delivered a platform for sellers to work with. Technicians will note the aforesaid supply is stationed a pip north of daily resistance underlined above at 1.2058.

Support at 1.1990 calls for attention should further selling come to pass today, with a break pointing to Quasimodo resistance-turned support at 1.1937.

Despite early hours attempting to navigate territory above Quasimodo resistance from 1.2070 and a neighbouring Fib cluster (1.618% Fib expansion at 1.2068 as well as a 100% projection at 1.2066), sellers took the wheel on Tuesday.

RSI action, following the formation of bearish divergence, which supported the sell-off from Quasimodo resistance at 1.2070, drilled through the 50.00 centreline on Tuesday (indicates further weakening of price movement could be on the cards). RSI support is arranged around 35.45.

AUD/USD action adopted a bearish position on Tuesday after coming within a pip of testing resistance at 0.7817, down by 0.4 percent at the close. With the US dollar index discovering support off 91.00, an extension lower could develop today, targeting the 0.7563 February low.

Momentum, according to the RSI oscillator, hovers above the 50.00 centreline. Increased interest to the upside, however, could have the value cross swords with channel resistance, drawn from the high 80.12.

The aforesaid supply is notable on this scale, seeing as how it was within this area a decision was made to push through the 100-period simple moving average at 0.7748 on Tuesday.

Although RSI flow shows signs of bottoming from oversold terrain, the 0.77 figure, alongside nearby demand at 0.7679-0.7695 is worth noting. Note the demand essentially represents the decision point to break above 0.77 in mid-April.

Longer-term price action shows sellers could look to take control for the time being, according to the daily timeframe’s recent 0.7817 resistance rejection.

Across the charts on the shorter term, however, traders may attempt to pursue a bullish theme, particularly if we test the 0.77 figure on the H1 as this psychological level resides within the lower range of H4 demand at 0.7696-0.7715.

Global equities taking a hit benefited the safe-haven Japanese yen on Tuesday. This, along with US Treasury yields rotating below 1.6%, guided USD/JPY from session peaks.

Although reviving a bullish phase on Tuesday, demand at 107.81-108.01—benefits from a Fib cluster around 108ish—is back in the fight after failing to maintain a bid tone north of 108.50.

Should the aforesaid demand move aside today, this could welcome a swift sell-off to support at 107.44.

In terms of where we stand on the RSI indicator, the value is currently hovering just north of oversold waters following an earlier attempt to take on the 50.00 centreline.

April, however, thanks to yesterday, is now trading higher by 1.1 percent.

Bearish bets surfaced south of trendline support-turned resistance, taken from the low 1.1409, on Tuesday, consequently clawing back a portion of Monday’s upside.

Despite an upbeat UK labour market, GBP/USD wrapped up the session down by 0.4 percent.

Quasimodo support at 1.3609 continues to call for attention to the downside, a level aligning with interesting Fibonacci confluence.

RSI activity remains within touching distance of overbought waters (in particular resistance at 76.14) after cementing position above the 50.00 centreline.

As evident from the H4 scale, Quasimodo resistance at 1.4007 welcomed sellers on Tuesday, delivering price action to lows just north of potential support parked at 1.3919. Downstream, we can also see another layer of support resting around 1.3852.

With reference to the RSI oscillator, the value shows signs of bottoming north of oversold, around the 39.00 area.