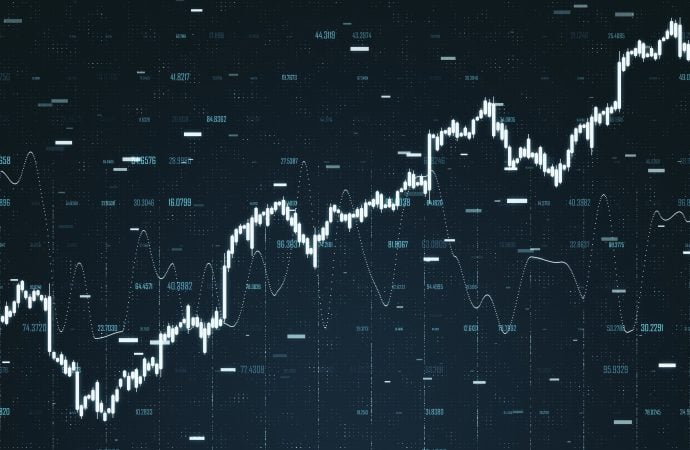 Quasimodo support from 1.1688 remains within touching distance, following last Wednesday slicing through the 200-day simple moving average (movement generally interpreted as a bearish signal). Any buying in this market, therefore, is likely to target the underside of the SMA.

In terms of the RSI oscillator, the value hovers within close range of oversold space, currently hovering around 34.00.

As aired in Wednesday’s technical briefing, demand at 1.1681/1.1725 made an entrance on Tuesday, which, as you can see, sparked bullish bets on Wednesday. Resistance at 1.1779 calls for attention should buyers remain in the driving seat, followed by another layer of resistance at 1.1818, along with trendline resistance, extended from the high 1.2242.

As a result of recent upside, resistance at 1.1762 is within touching distance, a level drawing additional (dynamic) resistance from a 100-period simple moving average at 1.1759. To the downside, 1.17 psychological support is visible.

Movement out of the RSI oscillator has the value piercing trendline resistance, taken from the peak 73.00.

The above remains valid. In addition, let’s take into account monthly price is toying with demand at 1.1857/1.1352.

As March draws to a close, the pair trades lower by 1.3 percent, probing February’s lows. Should sellers take the reins going forward, demand is in view at 0.7029/0.6664 (prior supply).

As for the RSI oscillator, upside momentum remains slack, despite balancing off channel support, drawn from the low 43.70.

Quasimodo support at 0.7592 re-entered the frame, following a one-sided dip from peaks at 0.7664 on Tuesday. Buyers are still seen attempting to find acceptance around 0.7592.

Following a retest at resistance from 0.7622 on Wednesday, shaped by way of a shooting star candle pattern (bearish signal), sellers are attempting to push through any bids around 0.76.

The view out of the RSI delivers a relatively bearish tone, crossing under the 50.00 centreline. This highlights a possible visit to oversold levels, in particular support at 19.40.

The monthly timeframe threatening lower prices, together with Tuesday’s daily bearish outside reversal and the H1 poised to take on 0.76, places a question mark on H4 Quasimodo support at 0.7592.

Another scenario to be mindful of is a 0.76 retest as resistance, a move likely to welcome additional short-term bearish flow.

Following January’s bullish engulfing candle and February’s outperformance, March concluded up by around 4 percent and shook hands with descending resistance, etched from the high 118.66. Any sustained upside here highlights the possibility of continuation moves to as far north as 126.10/122.66 supply.

Bolstered by a modest advance in US Treasuries and the US dollar index erasing earlier losses, USD/JPY bulls remained on the offensive Wednesday and recorded a sixth successive bullish close.

Consequent to the above, supply at 110.94/110.29 is under siege, with subsequent outperformance shining light on possible supply at 111.73/111.19. Should sellers make an appearance, support at 109.38 represents a possible target, a previous Quasimodo resistance.

In terms of trend on the daily scale, we have been higher since early 2021.

Also unfortunate for any sellers around current supply is price seen testing demand at 110.19/110.44. This is an important zone given within this area a decision was made to push beyond supply. This echoes strength and, therefore, the retest of the area currently holding should not be a surprise.

110.50 support served buyers well on Wednesday, withstanding a downside attempt heading into US hours, which missed nearby demand at 110.27/110.39. This demand is notable—representing a decision point to breach offers around 110.50.

Buyers currently show promise north of 110.50, setting the stage for a possible test of 111.

From the RSI oscillator, support is in play between 47.36 and 55.21 (common support range in trending environments).

As a result, H4 demand at 110.19/110.44 is likely in view today, with traders potentially expecting a bullish theme to emerge.

Contained within February’s range, March snapped a five-month winning streak and formed what candlestick fans call an inside pattern—represents a short-term consolidation with low volatility. A breakout lower tends to be considered a bearish signal.

RSI action has the value retesting the lower side of familiar resistance between 46.21 and 49.16.

Sterling closed out March advancing against the US dollar, adding a modest 0.3 percent.

US trading on Wednesday crossed swords with the lower side of 1.38, which, despite a number of upside attempts, held into the session close. However, with the 100-period simple moving average lurking around 1.3766, a move north of 1.38 may form to approach tested supply at 1.3851/1.3833.

Momentum, as measured by the RSI oscillator, turned south ahead of overbought space yesterday, currently trading around 58.00.