‘Double blessing’ the alignment of Fundamental and Technical Analysis – Over the past few months the AUD/USD has been steadily driving its higher lead in the main by fundamental data. This data included the increased reopening of the global economy, China escaping a technical recession, the US Federal Reserve looking to push the accommodation button even harder and even traditional pre-COVID markers like the iron ore price well north of US$100 a tonne are all on the risk on a button.

That’s not to say there aren’t risks (the Victorian outbreak and 30 US states facing second waves) for the pair. But, in the main, AUD/USD flows from the fundamentals and has long calls.

The question was if the technicals would marry up with the fundamentals or resist and cause a standoff. It was the question I raised last week, and it has now been answered.

The AUD/USD had been following a strong wedge pattern, leading into last weekend. 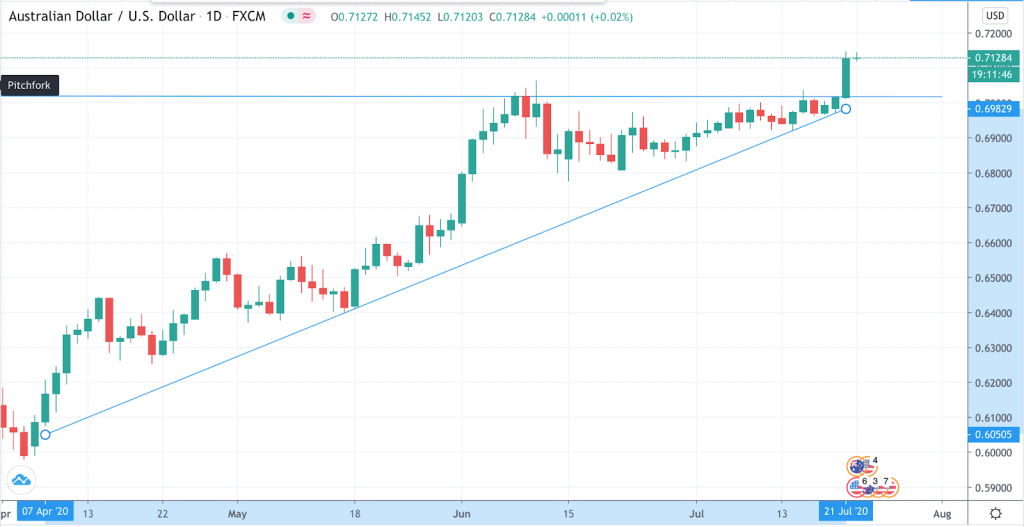 The Bears (and there are a lot of them) had defended $0.7035 several times since early June and had done so reasonably well. However, the fundamental news from the Federal Reserve seems to give the AUD Bulls the courage they needed to break this resistance level seeing a clear and structural technical breakout. 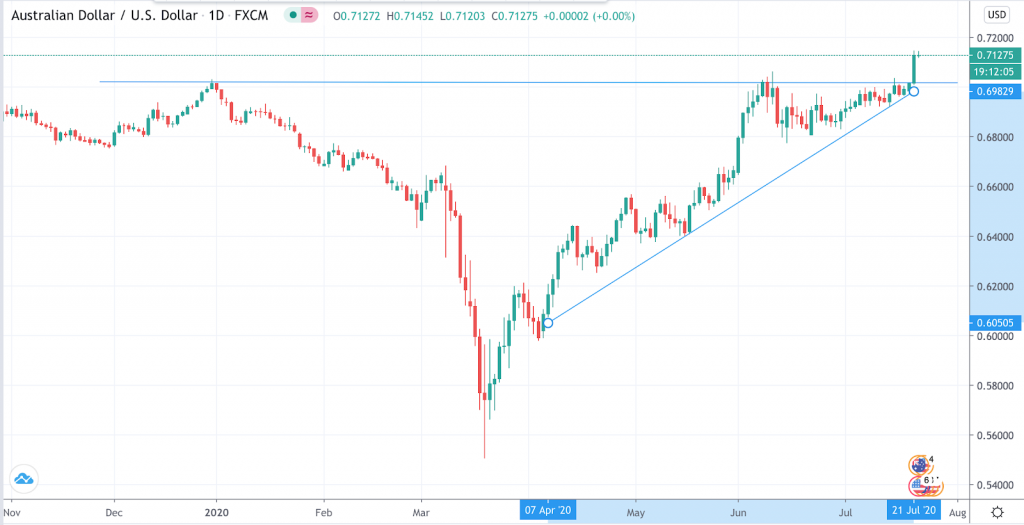 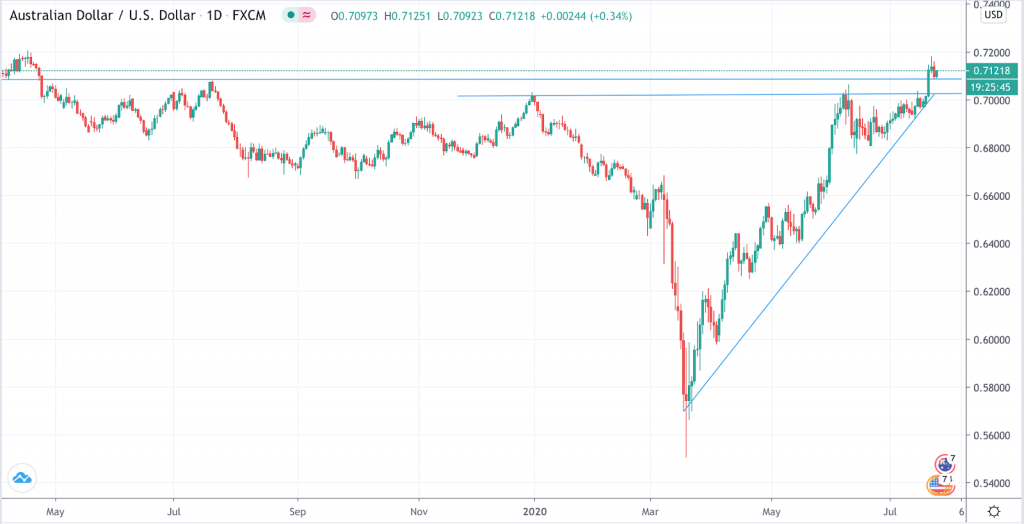 It confirmed its double blessing by holding the break at $0.712 and is now consolidating on top of what was the May to August 2019 resistance level. 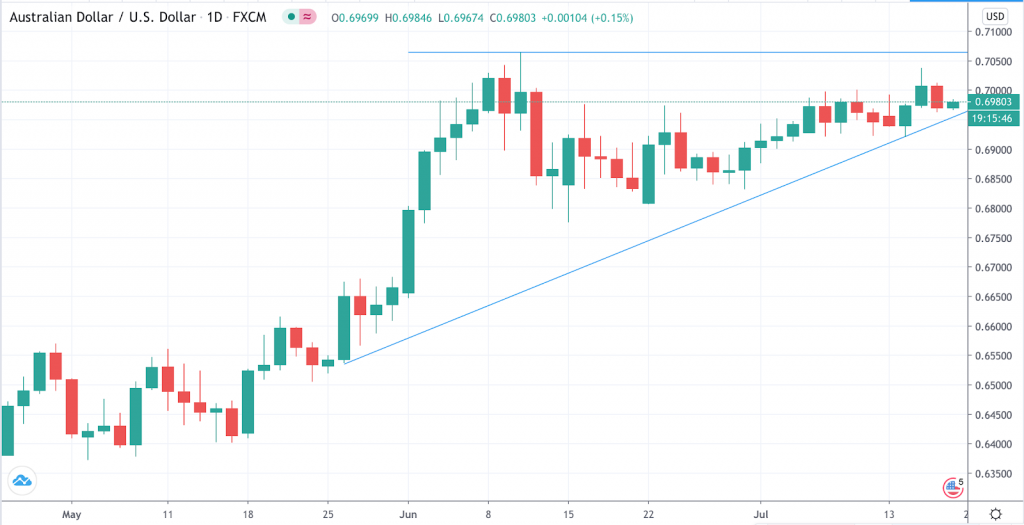 The technicals are clearly bullish and are backing the fundamentals. There is every chance the pair will be north of $0.72 over the coming months.