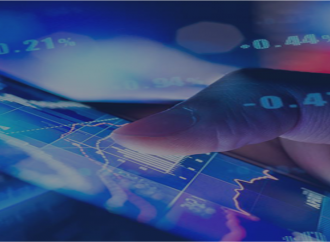 There are further signs in currencies that risk trading is facing fatigue and there is growing signs a short period of volatility could appear to bring about a strategic risk off trade position for the final four weeks of the year.

In this kind of atmosphere, the most common trade destination is USD/JPY and this time around is no different.

Trade is ‘double blessed’ currently with fundamentals and technicals aligning.

The decline in risk has been driven by Chinese economic fatigue, geopolitical uncertainty in Asia, and the ‘will they, won’t they’ discussions going on with Washington and Beijing around ‘phase 1’ of the US-China trade talks. Risk negative, USD negative.

A pair specific issue is the fact the Fed has set a high watermark to raise rates, thus the upside potential in US rates is limited. There are also signs the US-Japan yield spreads could compress which will be a ‘short’ drag on the pair.

Also announced of late was Prime Minister Abe’ fiscal stimulus plan to be rolled before the end of the year. Very strong stance in Abenomics and will be a support not just to Japanese growth but JPY as well.

USD/JPY is in a rising wedge pattern but has been held at the strong resistance level of ¥109.5. It has also entered overbought territory at 72 on the 14-day RSI suggesting fatigue could be reached.

The trade will be triggered on a failure to break the structure resistance, this will cause a breakdown in the ascending wedge all of which creates a bear trend and a target of ¥108.00. A break below this would see the second support level of ¥106.80 being the next price target.