Currency Point: A degree in communication

Managing the communication of how policy will change over the coming 3 years across the globe is going to key for central bankers. The problem is, most central bankers are not naturally good communicators and that leads to mistakes and/or misunderstandings.

The base case all traders are facing over the coming years is that policy changes will be varied and managed differential in each G10 nation. The variances will be in the form of speed, size, policy tools and multidirectional changes.

Take the Bank of England’s MPC last week, a bank that had been seen as more hawkish than its G10 peers over the past few months as the UK started to get on top of its COVID issues.

Then hit the market with its line around inflation being transitory and that it needs to avoid any premature tightening that could cause harm to the economic recovery the UK is beginning to see.

The reaction was swift – Clear break down. 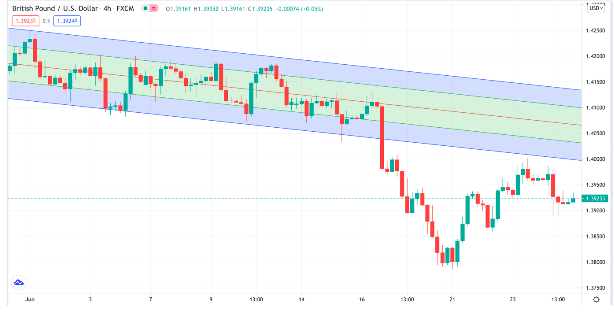 This kind of reaction is going to be with us now for the foreseeable future all central banks are likely to surprise the market with communication that is outside of the expected.

The question is which one to follow the closest and the answer is obvious the Fed, but as the BoE has shown us from last week when we enter a trade, we need to have a firm understanding of both sides of the pair not just the USD side.

Looking to the Feds comms over the past week it’s interesting that several members are changing their ‘feathers’.

Best example is Atlanta Fed President Raphael Bostic. He has clearly changed his feathers after stating in his public speeches last week that he believed the board needed to hike once in 2022 and twice in 2023. He also stated that bond purchases could be tapered in a few months’ time and that’s not talking about tapering but actually doing it.

He believes the criteria for changing policy is close to being met and will be met sooner rather than later at current pace. Bostic had been regarded as dovish member not a hawk.

For him to come out as 1 of the 7 FOMC members looking for a hike next year is an interesting turn. This builds strength in the idea the USD will continue to move off its lows – the more dovish members turn hawkish will see USD acceleration.

Shielding the Fed against the Hawkish members was Governor Michelle Bowman statements stating that although the economy as above its pre-pandemic peak, the labour market still far from target and needed to improve for policy to materially shift.

This leaves the USD poised, we know that the Board is trying to remain dovish but having the likes of Bostic speaking out will make the market questioning how many others are there like him?

The key take outs from last week though was that the USD has held most gains taken from the Fed statement and board meeting the week before. EUR/USD has remained below $1.20 moving from $1.1920 to $1.1970 and back at the close. GBP/USD was smashed on the BoE as shown in the chart.

USD/JPY was the standout reaching ¥111.10 during the week its high level since March 2020 this is an interesting break point as it shows the 4-month appreciation is not slowing.

AUD/USD is clearly holding its breakdown it tested $0.76 four times even printing $0.7599 and failing each time shows in the interim the AUD remains well out of favour.