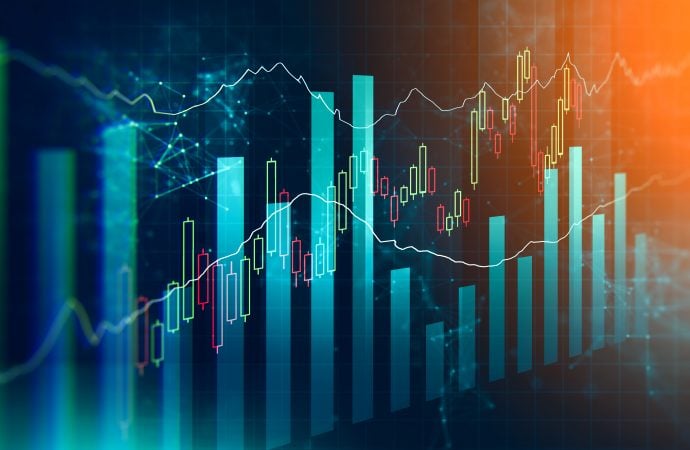 It was a big week for the UK, with inflation dominating the limelight on Wednesday, and Thursday subsequently shifting attention to the Autumn Statement.

Headline inflation in the UK accelerated to a 41-year pinnacle at 11.1%, up from 10.1% in September. The research team highlighted the following after the release:

Month-on-month CPI (Consumer Prices Index) inflation increased by 2.0%, up from September’s 0.5% increase. In terms of the year-on-year core readings (excluding food, energy, alcohol and tobacco), the release recorded a 6.5% rise, identical to September’s increase. The hotter-than-expected headline inflation emphasises the possibility of further interest rate hikes by the Bank of England (BoE—the next meeting is on 15 December). Note that the central bank raised the Bank Rate by 75 basis points on 3 November to 3.0%. According to the futures markets, there is currently an 82.0% chance the BoE hikes by 50 basis points at the next meeting, with an 18.0% probability of another 75 basis-point increase.

In October 2022, households are paying, on average, 88.9% more for their electricity, gas, and other fuels than they were paying a year ago. Domestic gas prices have seen the largest increase, with prices in October 2022 being more than double the price a year earlier.

The Autumn Statement was another key event on the week, which led to the pound seeking lower levels; the full speech can be found here. Notable points from the Office for Budget Responsibility (OBR) were as follows:

Over in the US, the week saw softer PPI (Producer Price Index) data; the research team noted the following shortly after the release:

The US Producer Price Index, compared with a year prior in October, increased 8.0%, versus September’s increase of 8.4%, according to the Bureau of Labour Statistics. Year-on-year core PPI inflation for October rose 5.4%, following September’s 5.6% increase. This adds to the somewhat growing evidence of subsiding inflation and could see the US Federal Reserve begin slowing its aggressive tightening policy. In the FX space, the release immediately guided the US dollar lower, underpinning several G10 currencies, such as the euro, the pound and the Australian dollar.

Another noteworthy release was the Conference Board’s Leading Economic Index (LEI) on Friday, revealing a 0.8% drop in October. The Conference Board observed that the LEI is now down 3.2 percent over the six-month period between April and October 2022, a reversal from its 0.5 percent growth over the previous six months.

‘The US LEI fell for an eighth consecutive month, suggesting the economy is possibly in a recession’, said Ataman Ozyildirim, Senior Director, Economics, at The Conference Board. ‘The downturn in the LEI reflects consumers’ worsening outlook amid high inflation and rising interest rates, as well as declining prospects for housing construction and manufacturing. The Conference Board forecasts real GDP growth will be 1.8 percent year-over-year in 2022, and a recession is likely to start around year-end and last through mid-2023’.

Additional underperformance is also on the table, according to the technical chart studies highlighting a daily double-top pattern completion (see below).

With the UK’s Autumn Statement in the rear-view mirror, UK flash PMIs on Wednesday will be a key indicator to monitor. Both flash manufacturing and services PMIs are expected to register further declines, consequently echoing recession fears.

In the US, focus is directed to Fed speakers, durable goods data and US flash PPIs, as well as Wednesday’s FOMC minutes. Note that on Thursday, US banks are closed in observance of Thanksgiving Day.

For Europe, German PPI inflation is out on Monday, eurozone flash PMIs on Wednesday, and several ECB speakers throughout the trading week. The German ifo Business Climate Survey is also seen scheduled for Thursday.

Technical View for the Week Ahead

Month to date, the US Dollar Index—USD value against six major currencies—is 4.1% lower, its largest one-month decline since 2010.

Technically, the monthly timeframe shows a 7-year range formed between 2017 and April 2022 (establishing a pennant chart pattern [considered a continuation signal], taken from 103.82 and 88.25), with April rupturing its upper boundary. While this is a bullish continuation signal (pattern profit objective at 134.40), negative divergence out of the monthly chart’s relative strength index (RSI) suggests a retest of the breached pennant line is on the table. Another upside objective to be aware of prior to shaking hands with 134.40 is monthly Quasimodo resistance coming in at 119.07.

Shifting to the daily timeframe, buyers and sellers continue to square off around support between 105.82 and 106.47 (Fibonacci cluster consisting of a number of Fibonacci ratios [not that the 50% retracement is not a Fibonacci ratio]). This, together with a neighbouring Quasimodo formation from 105.05 and the 200-day simple moving average (105.06), remains a floor for the greenback this week.

The relative strength index (RSI) clocked its lowest levels since April 2021, threatening oversold conditions which coincides with indicator channel support, drawn from the low of 47.90.

For those who read last week’s weekly report, you may recall the following text (italics):

In terms of the greenback’s trend direction, we have now witnessed several lower lows/highs take shape since the Dollar Index peaked at 114.78 in late September. This indicates a downtrend, though given the uptrend was in play since June 2021 it is still too early to estimate (also, check out the uptrend on the monthly chart from 2008).

Therefore, overall technical studies shine the spotlight on support between 105.05 and 106.47 this week, which shares a connection with the 200-day simple moving average. Movement beyond the noted structures, of course, will add weight to the early downside bias recently seen.

Although sterling ended the week pretty much unchanged (+0.5%), the research team felt the currency pair warranted another mention.

Weekly resistance is a standout technical observation at $1.1990 that was tested last week, sheltered just south of another weekly resistance base at $1.2263. You will also note on the weekly timeframe that despite the currency pair staging a rather impressive pullback of nearly 16% from the record low of $1.0357, a downside bias remains evident (since early 2021).

As for the daily chart’s relative strength index (RSI), the indicator is comfortable north of the 50.00 centreline, informing market participants that average gains are exceeding average losses (positive momentum). As a result, oversold territory may be realised this week, in line with the daily resistance zone mentioned above.

The precious metal wrapped up the week 1.2% lower against the US dollar, trimming a portion of the prior week’s eye-popping 5.4% advance. Resistance between $1,789 and $1,778 (composed of two Fibonacci ratios and a Quasimodo resistance at $1,788) welcomed price action last week and subsequently chalked up a moderate sell-off. Leaving the 200-day simple moving average unchallenged (circling above resistance at $1,802), support at $1,725 is in the headlights this week, accompanied by a decision point at $1,701-1,722.

In terms of trend, the research team noted in recent analysis that although price breached trendline resistance (etched from the high $2,070), closing beyond 10 August high at $1,807 is likely required to validate a trend reversal as per price structure. Out of the relative strength index (RSI), the indicator’s value tagged the lower side of overbought space in recent trading (leaving channel resistance [drawn from the high 59.51] untouched) and appears poised to touch gloves with indicator support coming in at 60.00 this week.

Considering chart studies, sellers have the upper hand for the time being, targeting the decision point around $1,701-1,722. It is also at this point, assuming the yellow metal tests the area, buyers could attempt to make a show.

The price of oil for WTI slumped nearly 10% last week, its biggest one-week plunge since August. Through the eyes of a technician, this decorated the daily chart with a well-defined double-top pattern that formed from the lower side of resistance parked at $93.58. The neckline ($82.10) for the pattern experienced a breach on Friday, leading to a weekly low of $77.24. The pattern’s profit objective at $70.59, therefore, is likely to be a level on the radar for many bearish eyes this week.

Other technical observations, of course, are the current trend direction, additional support and resistance and the relative strength index (RSI).

Kicking off with trend direction, sellers have been largely on the ropes since topping in mid-June at $123.66. We did, however, witness a trendline resistance breach in early October, drawn from the aforementioned high. This, according to trend studies, was short-lived optimism given the lower low produced on Friday (see above), essentially reconfirming the downtrend.

Price structure, in respect of support and resistance, shines the technical spotlight on Quasimodo support from 75.39, followed by the double-top pattern’s profit objective underlined above at 70.59 that is positioned just north of another Quasimodo support from 69.41. As for resistance (in addition to $93.58), the double-top pattern’s neckline could be eyed as possible resistance this week at $82.10. In fact, it is relatively common to see a retest of pattern necklines before follow-through downside emerges.

Finally, the RSI is on the verge of crossing swords with trendline resistance-turned support, extended from the high 83.24. This follows the break of the 50.00 centreline, which tells market participants that average losses are now exceeding average gains: negative momentum on this timeframe.

Like gold (see above), oil exhibits a bearish tone this week, targeting at least Quasimodo support from 75.39. A run through here could encourage further selling towards the double-top pattern’s profit objective at $70.59.

Following a 22% plunge the week prior, volatility almost grounded to a halt for bitcoin against the US dollar (BTC/USD) last week, spending most of the session fluctuating north of the prior week’s low. What this has accomplished, however, is the beginnings of a potential bearish pennant formation, drawn from $15,512 and $18,140. Do bear in mind that for the pattern to be valid, the converging trendlines must accommodate at least two price tests (the lower one achieved this, but the upper has yet to receive a second test).

Interestingly, the noted bearish pennant is materialising at a pattern profit objective ($15,523) of another, albeit larger, bearish pennant formed in May, drawn from between $25,338 and $31,418. Consequently, the fight remains between $15,523 and resistance at $18,099 this week.

Dropping through $15,523, as the downtrend suggests (trending lower since November 2021), may see the unit embrace a 100% projection at $12,307: an AB=CD bullish formation, which would, assuming the smaller bearish pennant validates itself, align closely with the pattern’s profit objective. Also of technical relevance, between mid-June and mid-August, we also welcomed a bearish flag pattern (extended from between $17.567 and $21,711), which recognizes a pattern profit objective (green) as far south as $7,674.