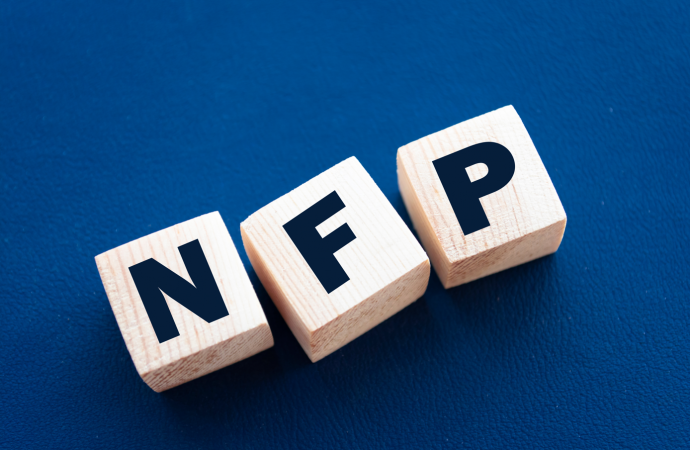 It’s that time of the month again.

The Establishment Survey, often referred to as the Payroll Survey, measures employment, hours and earnings in the non-farm sector.

In most cases, the non-farm payrolls report (derived from the establishment survey) attracts the majority of attention, often vibrating financial markets. A favourable number (generally considered USD positive) reveals additional jobs were added to the economy, while a negative value (often viewed as USD negative), displayed as -100k or -90k, for example, informs that jobs were lost in non-farm business.

Employment is considered a leading indicator of consumer spending.

The non-farm payrolls release is a measure of new payrolls added by private and government organisations in the US, reported each month by the Bureau of Labour Statistics (BLS[1]).

The US unemployment rate dropped to 4.2 percent in November 2021, sliding from 4.6 percent in the previous month. Unemployment is to tick lower again in December to 4.1 percent, according to Bloomberg’s median estimate. The average estimate is 4.1 percent with a high-low range set between 4.4 percent and 4.0 percent.

December’s 2021 release, however, is anticipated to tick higher to 0.4 percent, according to Bloomberg’s median estimate. The average estimate is also 0.4 percent with a high-low range set between 0.5 percent and 0.2 percent.

Focus is likely to be on other components of the US Employment Situation report, rather than the headline non-farm payrolls number: the unemployment rate, the labour force participation rate and also wages—average hourly earnings. This is largely due to the hawkish minutes of the US Federal Reserve’s December session.

The minutes indicated the bulk of FOMC members feel an accelerated pace of interest rate hikes may be in the offing sooner than expected, closely followed by a runoff of the Fed’s balance sheet. FOMC participants also underlined that the omicron variant is unlikely to modify the economic recovery.

Private sector employment in the US jumped 807,000 in December, according to the ADP National Employment Report[3] on Wednesday. The chart below emphasises the gain.

‘December’s job market strengthened as the fallout from the Delta variant faded and Omicron’s impact had yet to be seen’, said Nela Richardson, chief economist, ADP. ‘Job gains were broad-based, as goods producers added the strongest reading of the year, while service providers dominated growth. December’s job growth brought the fourth quarter average to 625,000, surpassing the 514,000 average for the year. While job gains eclipsed 6 million in 2021, private sector payrolls are still nearly 4 million jobs short of pre-COVID-19 levels’.

It’s important to note that while some consider ADP a forerunner to today’s headline NFP event, the correlation between the two indicators can be sub-standard at times. 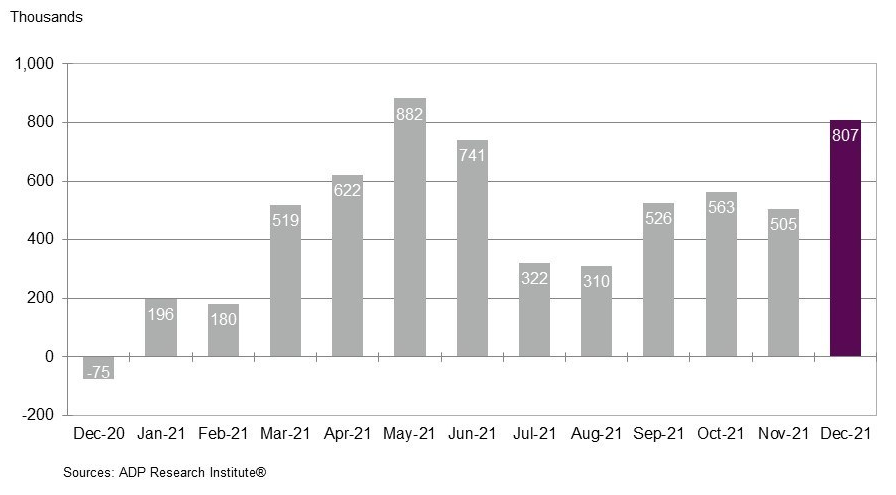 Support at 95.86—boasting a strong historical significance—has served immediate flow well since mid-November 2021. What’s also technically relevant is current price action forming either an ascending triangle or flag pattern, both of which echo a bullish ‘flavour’.

Underpinning current support and the aforementioned pattern structure is the relative strength index (RSI) shaking hands with support between 40.00 and 50.00. Note that within trending environments, the RSI tends to produce a ‘temporary’ oversold region between the said points, and by extension offers a clear form of indicator support.

A breakout to the upside has Quasimodo resistance to target at 97.45. Alternatively, 95.86 support giving way unlocks the door to a decision point from 94.96-95.26 and a trendline support, extended from the low 89.84.

Harmonic traders are likely to be draw, to the H1 chart, offering a well-defined harmonic Gartley formation with a potential reversal zone set between 95.75 and 95.81.

In addition to forming around daily support at 95.86, whipsawing beneath the 95.89 low (5th January) could stir enough bearish flow to fill harmonic bids within the PRZ and generate a reaction to the upside. Therefore, should a positive NFP number emerge, as forecasted, a spike into the aforesaid PRZ could come about before pursuing higher levels.