US Employment Data in Focus—October 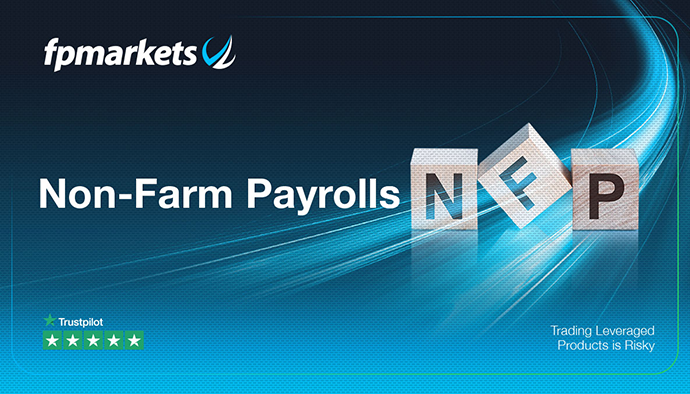 It’s that time of the month again.

The US employment situation report is scheduled to be released at 12:30 pm today, delivering unparalleled insight into the condition of the world’s largest economy.

Based on the US dollar index this year—a geometric average weighted value of the USD against a basket of six international currencies—volatility derived from the release shows average (mean) volatility was approximately 26 points in the first 15 minutes.

Employment is a widely watched indicator due to its timeliness, accuracy and importance, as well as being considered a leading indicator of consumer spending. The non-farm payrolls release is a measure of new payrolls added by private and government organisations in the US, reported each month by the Bureau of Labour Statistics (BLS[1]).

450,000 non-farm payrolls are to be added to the US economy in October, according to the median estimate. Some desks, however, feel a higher-than-expected print may emerge, with forecasts as high as 700,000.

The US unemployment rate dropped to 4.8 percent in September 2021, sliding from 5.2 percent in the previous month. Unemployment is to tick lower again in October to 4.7 percent, according to the median estimate.

Average hourly earnings increased 19 cents, or 0.6 percent to $30.85 in September, beating market estimates of 0.4 percent. This follows five consecutive months of increases. October’s print, however, is anticipated to drop to 0.4 percent.

Published by the ADP Research Institute, in collaboration with Moody’s Analytics, the ADP non-farm employment change estimates the number of employed during the prior month, excluding the farming and government industry.

The report, derived from ADP’s payroll database (one-fifth of US private payroll employment), measures the change in total non-farm private employment each month on a seasonally-adjusted basis. ADP is widely considered an early snapshot of the upcoming BLS report.

Albeit representing a marginal dip of 0.3 percentage points from September’s reading of 61.1 to 60.8 in October (market estimates: 60.5), the recent report is still considered positive—considerably north of the 50.00 mark showing an expanding economy.

The Institute for Supply Management (ISM) is a survey of approximately 300 purchasing managers, asking respondents to rate the relative level of business conditions.

Each month the Conference Board surveys a nationwide sample of 3,000 households, consisting of five questions. The report measures the level of confidence individual households have in the performance of the economy[4].

Consumer confidence rose to 113.8 in October, exceeding forecasts, and up from September’s upwardly revised 109.8 print.

‘Consumer confidence improved in October, reversing a three-month downward trend as concerns about the spread of the Delta variant eased’, said Lynn Franco, Senior Director of Economic Indicators at The Conference Board.

The Conference Board[5] noted:

Price action shook hands with the decision point from 92.71-93.53 and intersecting trendline support, taken from the low 89.84, to which a stronger-than-expected recovery unfolded.

Ahead of today’s employment release, 2021 tops are nearby at 94.56, followed closely by resistance at 94.65, drawn from 9th March (2020). Breaching resistance unmasks additional resistance from 95.86.

Quasimodo resistance at 94.45 is currently in the frame offering a fragile vibe, despite withstanding an upside attempt yesterday and forming a half-hearted shooting star candle pattern—bearish signal.

Meanwhile, on the H1 chart, a bullish pennant pattern is underway, taken from 94.47 and 94.30. Note that the profit objective can be seen as far north as 95.06, arranged a touch north of the Fibonacci resistance mentioned above on the H4 timeframe.

Major economic indicators echo a positive tone, in line with the technical picture.

With this, a continuation higher in the dollar is potentially in the offing, targeting daily resistance at 94.56, followed by the H4 timeframe’s Fibonacci resistance between 94.91 and 94.82.

Those long the break of the H1 timeframe’s pennant configuration, therefore, are likely eyeballing a ‘complete’ pattern, targeting 95.06—set just above the H4 Fibonacci resistance.