The Ultimate Guide to Risk-Reward Ratio 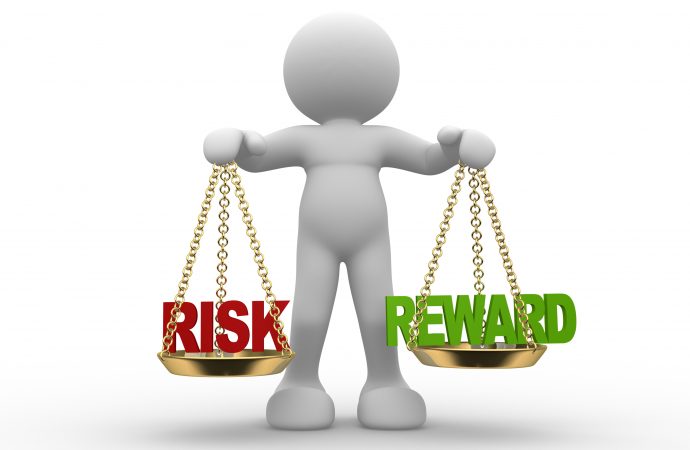 A critical component of successful Forex trading is striking an optimal balance between risk and reward, a balance that is suitable for not only the trading system (Forex trading strategy) used but also the trader/investor’s risk tolerance. At its heart, a risk-reward ratio assesses the potential risk and potential reward (sometimes referred to as expected returns or potential profit) associated with a trading setup. It is a metric that successful traders embrace, though unfortunately, some new traders may disregard it.

Investors in the Forex market (or any financial market for that matter) should have risk-management metrics incorporated in their overall trading plan. This essentially means taking steps to help avoid catastrophic loss in one’s trading account or portfolio, commonly referred to as the risk of ruin. Risk management (and money management) encompasses a variety of factors, including leverage and position sizing, correct use of protective stop-loss orders, as well as the risk-reward ratio.

How to Calculate the Risk-Reward Ratio?

The price or level at which a trader enters into a transaction/trade (buy or sell) is the entry point: the level at the system executes an open position. However, choosing an entry point into a market can be difficult for investors due to many variables that influence price movement.

A protective stop-loss order is a communication between a trader and a broker to restrict an investor’s potential loss on an investment (trade). For example, buying or selling a specific stock at a predetermined price and placing a stop-loss order 10% below the stock price limits losses to 10%, void of any slippage.

A take-profit order (profit target) is a type of limit order (or pending order) that states a particular price at which to liquidate an open trade profitably. A take-profit order cannot be honoured if the underlying security price does not surpass the maximum price. Calculating a risk-reward ratio is not difficult, and anyone can do it. For instance, what does it imply if a trader buys EUR/USD at $1.3000 and puts his stop-loss and take-profit levels at $1.2950 and $1.3150, respectively? The trader is taking a risk of 50 pips in exchange for a possible reward of 150 pips. As a result, the risk-reward ratio will be 1:3 Simply put, you are risking $1 to make $3 (50/150). Traders use pips to calculate the risk-reward ratio from the entry point to the stop-loss and target levels in the Forex market. The procedure for calculating this risk-reward ratio, according to the formula above, is as follows:

Many in the trading and investing business believe a 1:2 or 1:3 risk-reward ratio is the minimum needed to find consistency. While a suitable risk-reward ratio is desirable, the win ratio must be taken into account. A win ratio refers to the number of winning trades a system generates divided by the total amount of trades. So, if you have a sample of 100 trades and 60 trades are winners, the win ratio would be 60 per cent. Traders tend to aim for a win ratio greater than 50 per cent.

By way of an example, let’s imagine a trader has a system that uses a 1:2 risk-reward ratio (for every dollar risked you make two dollars). The concerning thing is the win ratio is 20 per cent. That means for 100 trades, the system wins 20 trades and loses 80. If the risk per trade is 200 USD and the gain is 400 USD, this equates to an 8,000 USD loss despite achieving the minimum risk-reward ratio. To realise profitability in this case, the strategy requires either a 40 per cent win ratio or a higher risk-reward ratio. Therefore, both the risk-reward ratio and win rate are important.