Historical Impact of US Election Results on the Financial Markets 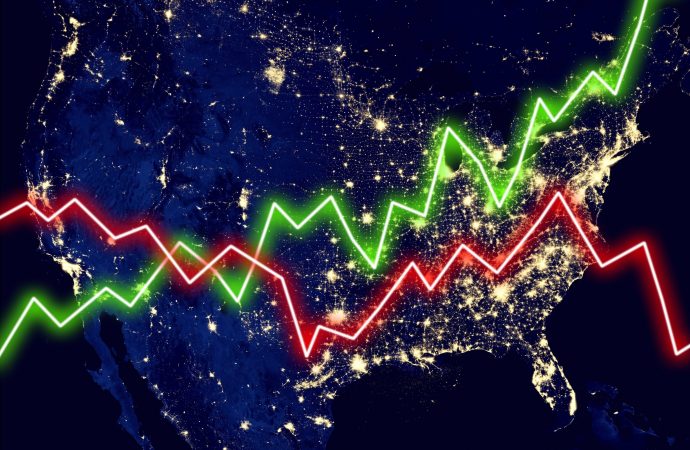 Without question, US election results influence the financial markets.

To what degree the election process affects market movement, however, is difficult to estimate, despite an abundance of analyst forecasts. This is particularly true heading into the 2020 US presidential elections, plagued by the COVID-19 pandemic.

In the lead up to the 2016 US presidential election, analysts anticipated a Clinton victory. Many believed the US stock market would tank in the event of a Trump win. Not only did Trump become the next US president, the stock market advanced.

While past performance is not indicative of future results, understanding how markets responded in previous years can help identify patterns that may emerge in the future. 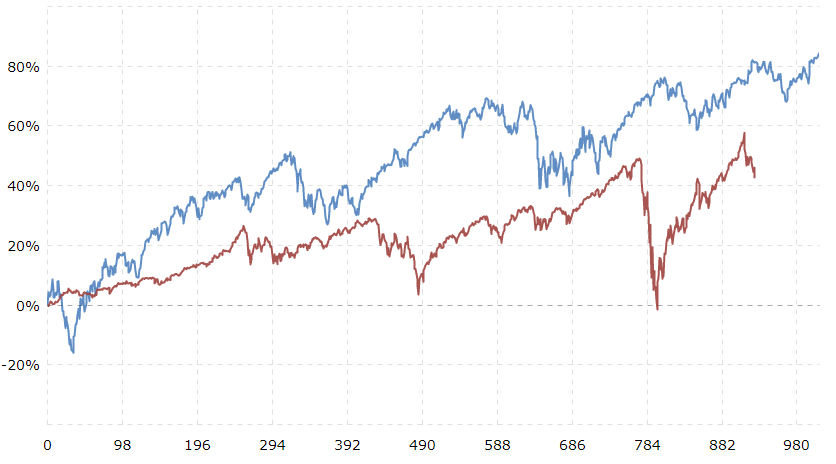 Election Day and the Stock Market

According to historical data, the stock market advances approximately 80 percent of the time on election day. Yet, the following day often chalks up a reversal.

In times of uncertainty, investors tend to shift towards safe-haven markets.

Together with the Japanese yen and Swiss franc (Forex), the US dollar is perceived as a traditional safe-haven currency.

The US dollar, represented by the US dollar index (a measure of the value of the US dollar relative to the value of a basket of foreign currencies), rallied strongly at the outset of the COVID-19 pandemic, reaching highs at 102.99. Since then, the buck has fallen sharply (down 11 percent at the beginning of September), bringing the currency’s safe-haven quality into question (see figure 1.C).

The dollar strengthened in the 100 trading days after nine of the past 10 elections from 1980 to 2016’, according to Richard Falkenhall, a senior foreign-exchange strategist at SEB AB in Stockholm. ‘The currency performed better following Democratic wins, rising an average 4% after these votes versus about 2% when Republicans prevailed’, Falkenhall said[1].

Following Barrack Obama’s election victory in 2008, the price of gold rallied. In fact, the candles unveiled a strong upside presence until reaching fresh all-time peaks at $1,921 towards the later part of 2011, adding more than 150 percent. Though by the time of Obama’s re-election, the yellow metal dipped, trading at $1,716, yet still higher by 125 percent during his first term. However, the metal endured four of its worst ever years in Obama’s second presidential term, with 2013 dipping from $1,676 to $1,205 (see figure 1.E).

Under George W. Bush, gold had eight years of bull market, rallying to more than $900. Nevertheless, it is worth noting gold corrected 10 percent when Bush was re-elected.

As shown in figure 1.F, WTI tumbled more than 4 percent in the immediate aftermath of the 2016 US presidential election results. It has been a rollercoaster ride for oil prices since then. January 2017, from $44.90 a barrel, saw a rally to peaks at $76.88 a barrel in October 2018, a 71 percent rise.

2020 observed WTI tank after oil producers ran out of space to store the oversupply of crude left by the coronavirus crisis, triggering an historic market collapse. As you can see, though, we have since bounced back and are now trading around $40 a barrel heading into the 2020 US elections.

Although Obama’s second term kicked off positively in the oil markets, rising from $88.41 a barrel to peaks at $112.21 a barrel, the remainder of his time in office witnessed a decline in oil prices to as low as $26.08, though heading into the 2016 elections oil did stage a modest recovery to around $44.81 a barrel (down 60 percent from peaks).

History of the VIX around Election time

The Cboe Volatility index, or VIX, is considered to be a gauge of fear and greed in the stock market. The VIX index has an inverse relationship to the performance of the S&P 500. Because of this, the VIX is sometimes referred to as the fear index. When market participants are concerned or anxious, the VIX tends to rise.

The VIX is an indicator of 30-day implied volatility priced into S&P 500 index options prices. It represents the market’s interpretation, or expectation, of stock market volatility over the next 30 days.

The historical performance of the VIX (figure 1.H) reveals the index moved steadily higher into the late 1990s tech bubble. We saw a period of calm during 2003-2007, though volatility spiked during the 2008 credit crisis. You will also note the VIX reached similar levels during the height of the COVID-19 outbreak.

Barack Obama winning the 2008 election coincided with the 2008 financial crisis; the VIX, therefore, traded at elevated levels. On November 4, the VIX registered 47.0, down from a 96.0 reading in October (see figure 1.I).

Both Obama’s re-election in 2012 and Donald Trump defeating Hilary Clinton in 2016 exhibited similar volatility levels of around 18.0. Ahead of the events, nonetheless, the VIX saw a modest rise, suggesting uncertainty.

With weeks to go before the US presidential election, where incumbent Republican president Donald Trump goes head to head with former vice-president Joe Biden, the Democratic party’s nominee, the VIX is fluctuating around the 30.0 region.

Disclaimer: The information contained in this material is intended for general advice only. It does not take into account your investment objectives, financial situation or particular needs. FP Markets has made every effort to ensure the accuracy of the information as at the date of publication. FP Markets does not give any warranty or representation as to the material. Examples included in this material are for illustrative purposes only. To the extent permitted by law, FP Markets and its employees shall not be liable for any loss or damage arising in any way (including by way of negligence) from or in connection with any information provided in or omitted from this material. Features of the FP Markets products including applicable fees and charges are outlined in the Product Disclosure Statements available from FP Markets website, www.fpmarkets.com and should be considered before deciding to deal in those products. Derivatives can be risky; losses can exceed your initial payment. FP Markets recommends that you seek independent advice. First Prudential Markets Pty Ltd trading as FP Markets ABN 16 112 600 281, Australian Financial Services License Number 286354.