US Employment Situation Report in Focus 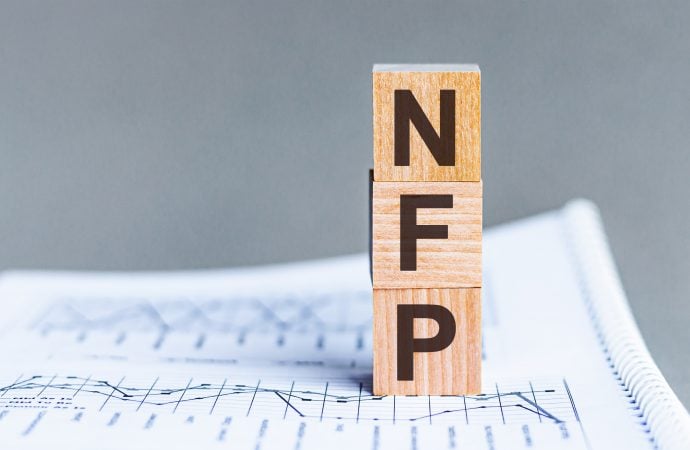 Two comprehensive surveys provide economists and investors a snapshot of the employment situation in the United States each month. Through the Household Survey and Establishment Survey—often referred to as the Payroll Survey—both deliver a complete picture of the Labour market.

Due to its timeliness, accuracy and importance within the broader economy, the employment situation report is closely monitored.

In most cases, the non-farm payrolls report (taken from the establishment survey) attracts the majority of attention, often vibrating financial markets. A favourable number (generally considered USD positive) reveals additional jobs were added to the economy, while a negative value (often viewed as USD negative), displayed as -100k or -90k, for example, means jobs were lost in non-farm business. 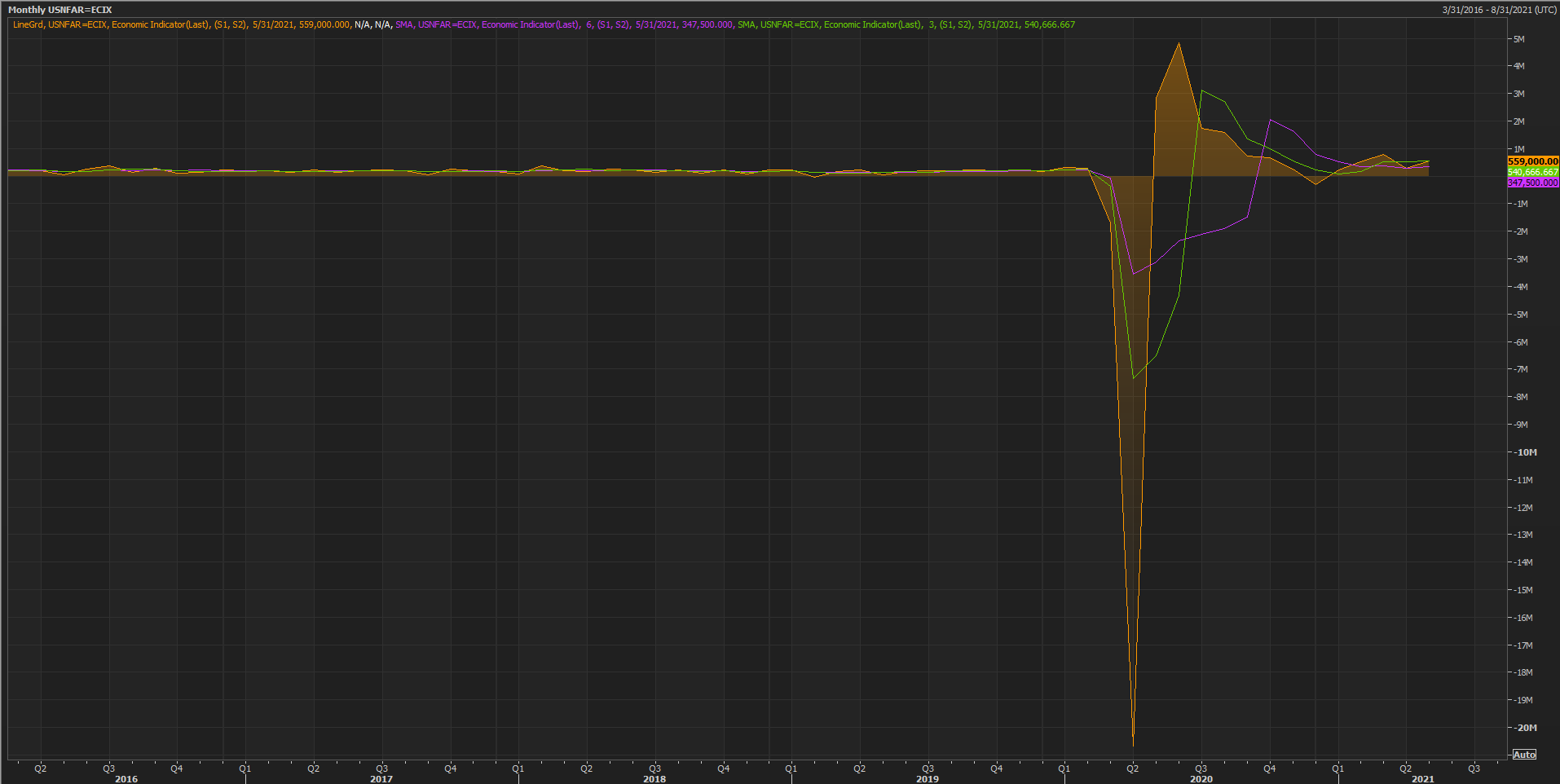 As measured by the Conference Board on Tuesday, US consumer confidence rose more than anticipated in June, advancing 7.3 points 127.3.

‘Consumer confidence increased in June and is currently at its highest level since the onset of the pandemic’s first surge in March 2020’, said Lynn Franco, Senior Director of Economic Indicators at The Conference Board.

Of note was consumers’ evaluation of labour conditions. 54.4 percent stated jobs are plentiful, versus 48.5 percent in May (highest assessment since mid-2000). Additionally, the release revealed 10.9 percent of consumers saying jobs were hard to get decreased from 11.6 percent.[1] 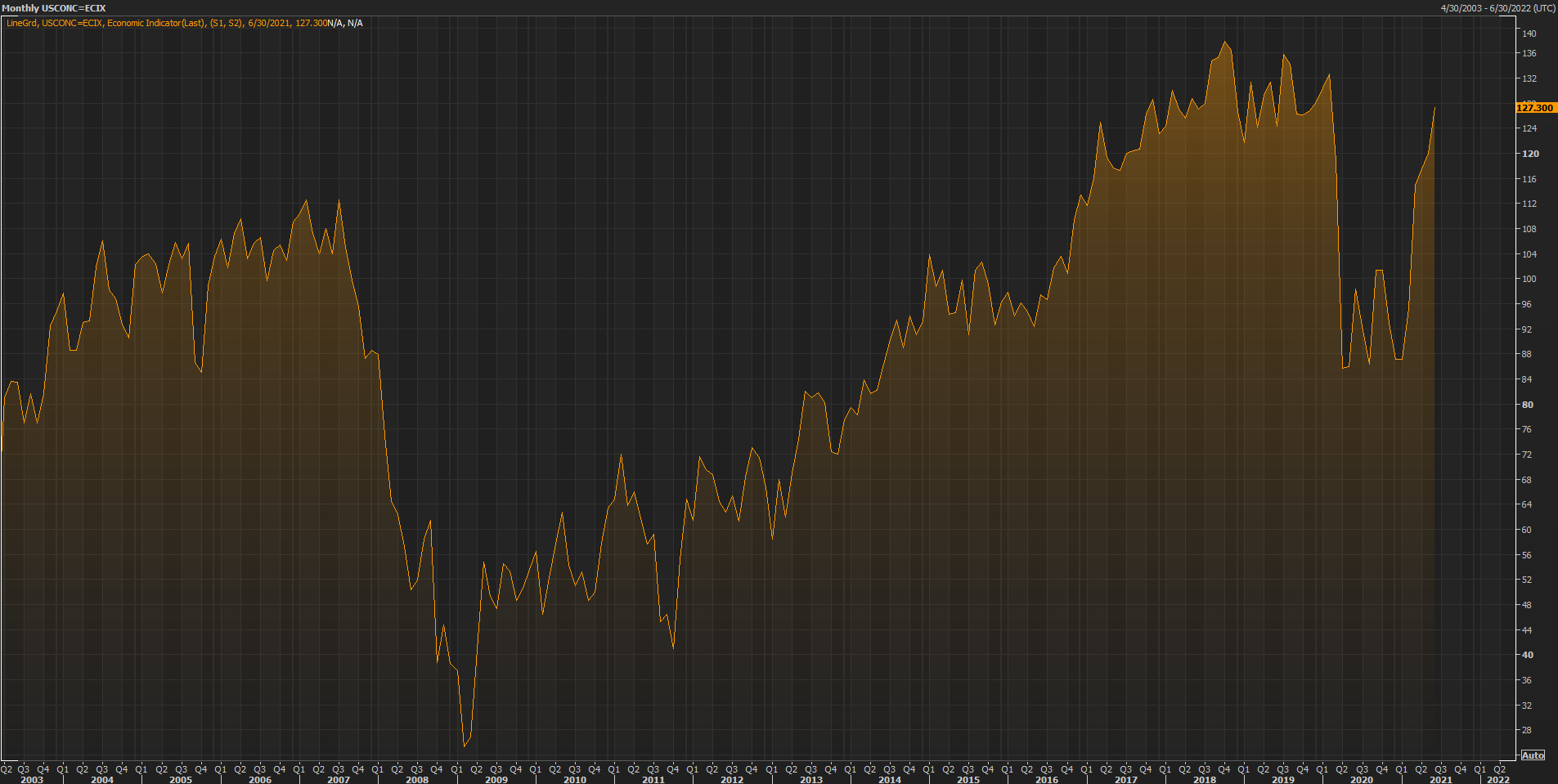 ‘The labour market recovery remains robust, with June closing out a strong second quarter of jobs growth’, said Nela Richardson, chief economist, ADP. ‘While payrolls are still nearly 7 million short of pre-COVID19 levels, job gains have totalled about 3 million since the beginning of 2021. Service providers, the hardest hit sector, continue to do the heavy lifting, with leisure and hospitality posting the strongest gain as businesses begin to reopen to full capacity across the country’.

Another prominent event on Wednesday, of course, was US pending home sales jumped 8.0 percent in May— its largest increase in nearly a year[3]. Analysts expected a minus 1.1 percent drop (following April’s minus 4.4 percent decline).

‘May’s strong increase in transactions – following April’s decline, as well as a sudden erosion in home affordability – was indeed a surprise,’ said Lawrence Yun, NAR’s chief economist. ‘The housing market is attracting buyers due to the decline in mortgage rates, which fell below 3%, and from an uptick in listings’.

Thursday’s initial jobless claims came in better than expected, totalling 364,000 last week, a decrease of 51,000 the week prior. Additionally, according to the Department of Labour, the 4-week moving average was 392,750, a decrease of 6,000 from the previous week’s revised average[4].

Thursday—through the June manufacturing PMI—revealed US economic activity put forward a print of 60.6 percent, displaying a decrease of 0.6 percentage points from May’s 61.2 percent[5].

June saw the USD advance 2.8 percent—largest percentage gain since late 2016—propelled higher on the back of the FOMC’s hawkish shift mid-month. Market participants, therefore, are likely monitoring the US employment situation report to reaffirm this stance.

From the monthly chart, the technical landscape reveals price trades off trendline support-turned resistance, extended from the low 72.69. Support from 88.55 (aligns closely with a 50% retracement level at 88.28 and a 61.8% Fib at 88.27) remains a reasonable downside objective.

Overall, despite the month of June recording a healthy advance, the major trend is lower (see arrows). Couple this with the trendline support breach, this emphasises a bearish USD market, from a long-term technical perspective.

Action out of the daily chart informs chartists Quasimodo resistance from 92.50 was overthrown Thursday, with Friday, as you can see, currently on the front foot by 0.2 percent. Technically, something to bear in mind is that for the Quasimodo to be engulfed, the 93.44 March 31st high must be consumed, a level representing the charts next upside objective.

As for trend on this timeframe, in line with monthly price action, we can see this market was entrenched within a downtrend during 2020. Yet, the DXY’s floor arranged at 89.68 reinforced a bullish presence in 2021, largely confronting the bearish narrative.

Shorter term, we are currently shaking hands with a 1.272% Fib expansion at 92.70, shadowed by Quasimodo resistance at 92.72 as well as channel resistance, extended from the high 91.88. Also circling the area is a 100% Fib projection at 92.81, which many harmonic traders will know represents an AB=CD configuration.