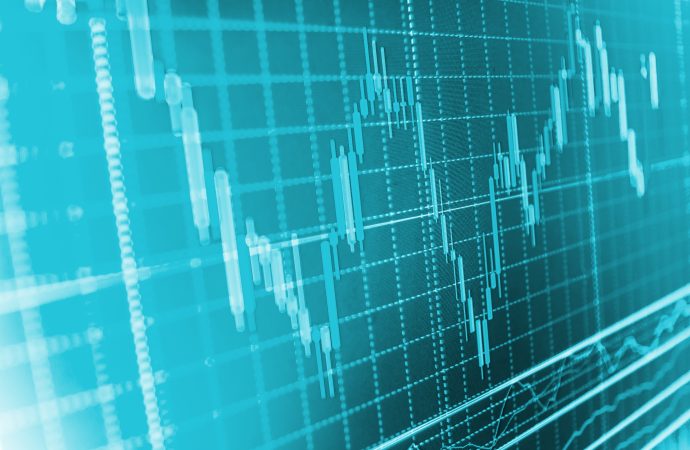 Consumer prices in the US accelerated to the upside. Year on year annual inflation in September rose 8.2%, versus a market consensus print of 8.1%. Core year-on-year annual inflation, which excludes food and energy, also recorded a 6.6% reading, versus expectations of a 6.5% increase. The aftermath of the release provided fresh USD impetus; the US Dollar Index, in the space of 5 minutes, rallied nearly 1.0% before tapering off at a high of 113.92 to rotate lower and extend beyond pre-announcement levels.

Recent action out of the EUR/USD pencilled in an unmistakable bullish outside reversal candle on the daily timeframe, which, in light of the retracement slide from parity ($1.00), could ignite further buying. This is somewhat reinforced by the recent reaction from weekly support priced at $0.9606 (even though follow-through buying has been lacklustre thus far). Yet, how far are buyers willing to commit is the question. Yes, we do have a bullish candlestick signal on the daily timeframe, but the overall trend (some would label this as the primary bear trend) is resolutely south. This is evident from the daily timeframe trading comfortable under its 200-day simple moving average ($1.0585), in addition to weekly price action chalking up a series of lower lows/highs since topping at $1.2350 in early 2021.

Drilling down to the lower timeframes shows price action is within striking distance of testing the mettle of $0.98, with nearby Quasimodo resistance from $0.9812 calling for attention north of the line. Further outperformance shines light on prime resistance at $0.9984-0.9938. To the downside, a decision point is seen from $0.9711-0.9726, arranged just ahead of $0.97.

Snapping above $0.98 on the H1 scale could detonate a stop-run scenario, in which short-term sellers emerge from Quasimodo resistance from $0.9812. A solid whipsaw seen here may pull the currency pair to as far south as the H1 decision point at $0.9711-0.9726.

Should we rupture the aforementioned resistance levels, on the other hand, the path of least resistance appears north until H1 prime resistance at $0.9984-0.9938 (a robust base of resistance). Therefore, breakout buying opportunities might also unfold above $0.9812. But, do remember to take into consideration where we are trading on the bigger picture; the overall trend favours sellers.

Post the US inflation release on Wednesday, risk sentiment abruptly reversed course to reconnect with pre-announcement levels. As evident from the H1 timeframe, this observed price movement probe orders around $0.62 to touch a low of $0.6170, no doubt swallowing a number of sell-stop orders in the process (bear trap?). Interestingly, we are now trading unchanged, and, thanks to the earlier spike south, established what is referred to as a dragonfly doji (bullish candlestick signal usually void of a real body) at Quasimodo support on the daily timeframe from $0.6263.

Price testing daily support in the shape of a bullish candlestick signal, together with the daily chart’s relative strength index (RSI) on the verge of forming bullish (positive) divergence, and the weekly timeframe’s price action coming within a whisker of demand from $0.5975-0.6166 is likely to interest technicians. The caveat, of course, is the trend, clearly demonstrating a downside bias since mid-February on the weekly (2021), with daily flow trading under its 200-day simple moving average ($0.7035) since April.

The H1 timeframe has buyers and sellers battling for position ahead of $0.63, following the sharp U-turn in price action earlier in the US session. What’s interesting from a technical perspective is the Quasimodo resistance sheltering the psychological level at $0.6314. Snapping north of $0.63, therefore, could provoke a stop-run, price movement that may witness sellers make a show from $0.6314. But, given the bullish technical elements in play, any stop-run might be short-lived with a short-term push to at least $0.6352 possibly decorating the chart.

The active support in this market is likely a concern for sellers and is perhaps sufficient to motivate partial profit taking.

This may draw the currency pair beyond $0.6314 on the H1 to test $0.6352: Quasimodo support-turned resistance. As such, short-term breakout bulls might take up position above $0.6314, based on higher timeframe support putting in an appearance.

Sellers were once again on the ropes on Thursday. The latest US inflation print saw the USD/JPY currency pair scale to a fresh 24-year top, challenging the August 1998 top at ¥147.67. Though higher up on the curve, we have weekly Quasimodo resistance at ¥146.79 echoing a vulnerable tone, positioning the unit for additional outperformance to the weekly 100% projection at ¥149.66 (an AB=CD bearish pattern).

Trending since the early months of 2021, consisting of parabolic upside in March and April (2022), long-term price action favours further buying. Does this mean we’ll soon be seeing the weekly 100% projection at ¥149.66 make a show?

Lower on the curve, price action on the H1 timeframe forcefully pushed beyond ¥147 and subsequently gave back a portion of the upside to retest the psychological level as support. Nearby the aforesaid level is trendline support, extended from the low ¥143.53, together with Quasimodo support coming in at ¥146.66. Beyond the August 1998 top at ¥147.67, of course, we have ¥148 to look forward to as possible resistance.

H1 price action retesting (and holding) ¥147 as support, the weekly timeframe threatening to engulf Quasimodo resistance at ¥146.79, in addition to the clear-cut long-term uptrend, favours buyers at ¥147 to eventually take on ¥147.67.

News of a potential change to the UK government’s fiscal plan, alongside a USD sell-off shortly after nudging higher post US CPI data, saw the pound surge more than 2.0% against its US counterpart on Thursday. This extended Wednesday’s modest recovery from $1.0923 lows and firmly placed candle action within a stone’s throw of substantial resistance on the higher timeframes. Resistance at $1.1410 and neighbouring decision point at $1.1751-1.1413 on the weekly timeframe, together with the 20-month downtrend since topping at $1.4241 in February 2021, and daily trendline resistance intersecting with the weekly areas, drawn from the high $1.3639, represent key upside objectives. Those who also follow the relative strength index (RSI) on the daily timeframe, you will note we’re retesting indicator resistance forged from 60.00 and 50.00 (resistance between these values is common in downtrends).

From the H1 timeframe, Quasimodo resistance at $1.1357 and a 78.6% Fibonacci retracement at $1.1373 recently welcomed price action. Directly overhead calls attention towards $1.14 and a 1.618% Fibonacci projection at $1.1398. While lower we can see price respecting area nearby $1.13; dropping below here helps pave the way for sellers to reconnect with $1.12.

$1.14 will be an interesting line for sellers if tested, complemented closely by the weekly decision point at $1.1751-1.1413 and $1.1410. H1 resistance from $1.1463 is also a possible level for bears, again largely due to the connection forged with weekly resistances mentioned above.

Overall, despite the recent outperformance, chart studies suggest sellers are likely to materialise between $1.1460/00.