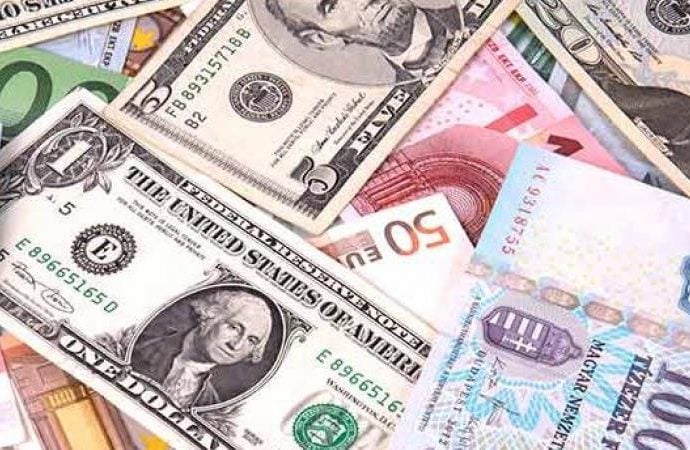 Trading in September is down more than 2.2 percent.

Although the euro concluded off worst levels Thursday, mildly snapping a 4-day losing streak, upside is likely to prove unsustainable.

The pair is tipped for more underperformance as support is not expected to surface until reaching 1.1553, with a break uncovering demand at 1.1369/1.1450.

With respect to the RSI oscillator, the line recently pushed through the lower limit of a (near) two-month descending channel formation, and is poised to retest the broken boundary.

As per the current candle, we’re on track to form a shooting star pattern.

Early US on Thursday saw increased demand for the euro, pulling EUR/USD back above 1.1650 resistance to within a stone’s throw from supply at 1.1717/1.1691 (also represents supply on the H4). Traders will note this area contains the 1.17 level, and is located just south of resistance at 1.1722.

In terms of where we stand on the RSI indicator, resistance at 47.00 was taken yesterday, unlocking the possibility of a run to overbought space. However, before reaching this far north, trendline resistance from the peak 82.31 must be dethroned.

Monthly price is struggling to sustain gains north of supply at 1.1857/1.1352, while daily price indicates further losses are in the offing after breaking channel support.

Traders may also recognise the RSI trades south of 53.00, a clear S/R level since October 2019, and currently hovers around oversold territory.

Failure to preserve gains off the aforesaid demand could open the gates for a test of demand at 0.6934/0.6965, while rebounding from current demand may have upside test supply at 0.7119/0.7134 (prior demand). 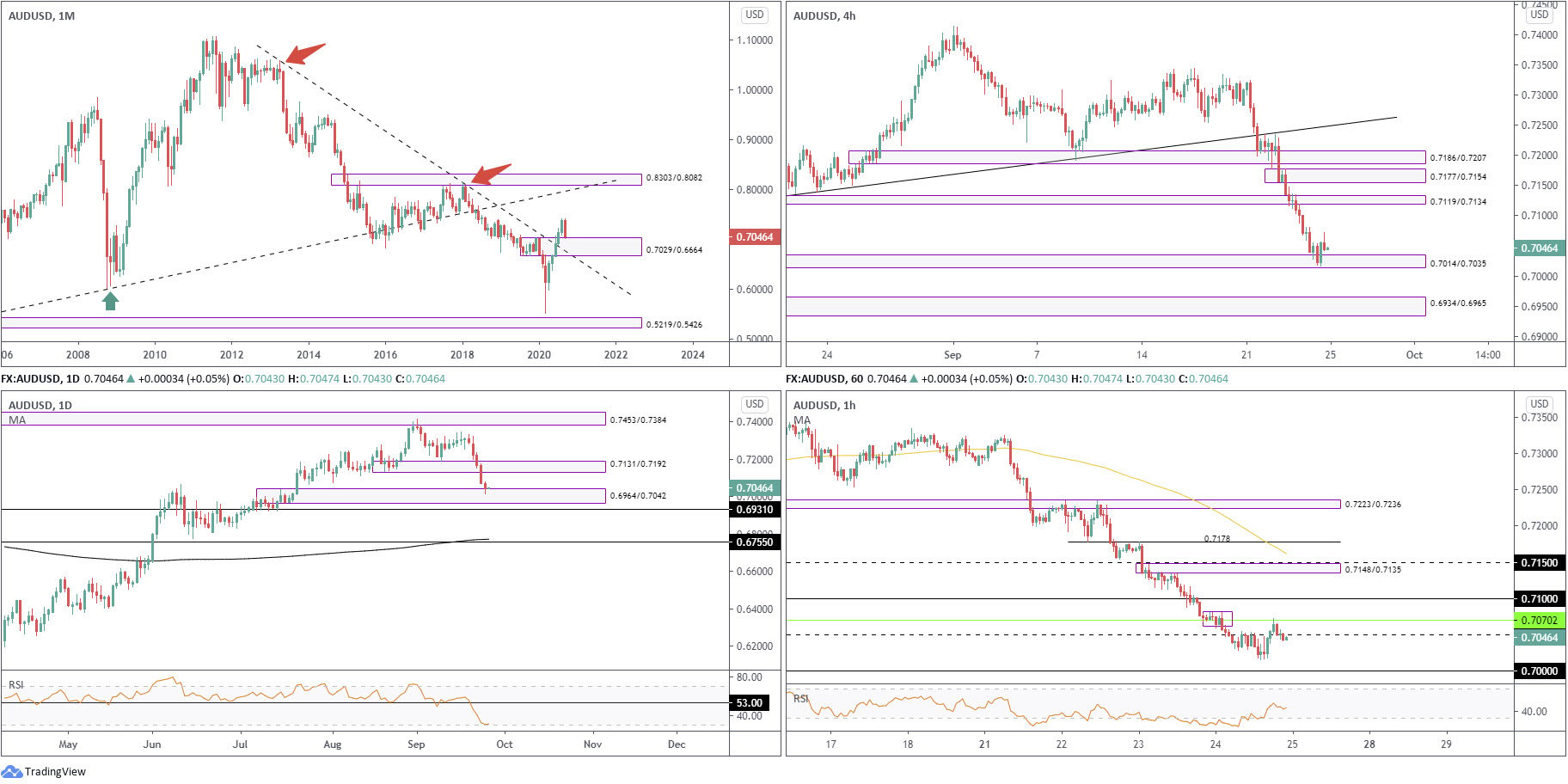 Since kicking off 2017, USD/JPY has been carving out a descending triangle pattern between 118.66/104.62. As you can see, price is currently testing the lower boundary of the aforesaid pattern.

Extending recovery gains off monthly support at 104.62 (the lower boundary of the monthly descending triangle) invites the possibility of further upside beyond supply at 105.10/105.29.

The RSI recently bottomed ahead of oversold levels and is now on track to test 50.00.

The RSI indicator continues to work with support at 51.70, rebounding price each time the value fades overbought space.

While the H4 supply at 105.54/105.40 intersects with trendline resistance, downside pressure from this region is unlikely to be anything to write home about. This is largely due to daily price recently upsetting supply at 105.10/105.29 off monthly support at 104.62 (lower base of the monthly descending triangle).

Going forward, upside is likely to gain speed, though until H4 conquers supply at 105.82/105.66, active sellers will likely remain.

Despite three decisive bearish candles established out of supply at 1.3021/1.2844, Wednesday and Thursday exhibited a somewhat stationary bearing, with each session concluding unmoved.

Demand at 1.2646/1.2685, as stated in Wednesday’s analysis, accepted price action after support at 1.2742 (no longer applied to the chart) abandoned its position.

Although buyers continue to defend the aforesaid demand area, resistance at 1.2773 is proving a tough nut to crack. Should the pair eventually muster enough strength to conquer the noted level, however, supply at 1.2876/1.2840 is next on tap.

It might also be worth noting the RSI oscillator has been trending northbound since bottoming at 25.00 on September 22.

Recognising monthly price shows some room to push lower until testing trendline support (around 1.26ish), together with daily price struggling to print anything of meaning out of demand at 1.2645/1.2773, echoes a bearish vibe. Failure to overthrow H4 resistance at 1.2773 and H1 supply at 1.2824/1.2776, therefore, could see intraday flow probe beyond 1.27, with H1 support at 1.2649 targeted, followed by the 1.26 level. The latter represents a logical downside target for sellers and a potential reversal zone for buyers, given it connects with monthly trendline support.