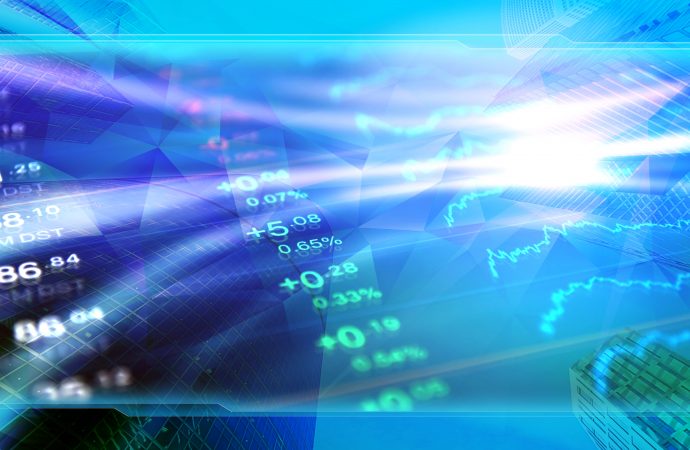 Meanwhile, a closer reading of price movement on the daily timeframe reveals Europe’s single currency fell sharply against a broadly energetic USD on Thursday. The buck clocked a fresh three-week top after US retail sales surprised to the upside, increasing by 0.7 percent in August (vs. minus 0.7 percent forecast). Technically, this seats Quasimodo support at $1.1689 back in the line of fire as a downside objective. Supporting further selling is the relative strength index (RSI) voyaging south of the 50.00 centreline; this informs traders average losses (over the 14-day lookback period) exceed average gains.

Recent hours nudged under support from $1.1764-1.1776, which, as you can see, is currently serving as resistance. Bearish forces confronting Quasimodo support at $1.1742 is not out of the question, which may energise a bullish showing to prime resistance at $1.1829-1.1804, an area potentially housing a healthy defence.

Albeit unlikely to make a show today, prime resistance on the H4 timeframe at $1.1829-1.1804 is a zone traders could have on their watchlists next week, particularly if bulls make an entrance off H4 Quasimodo support.

In the ‘shape’ of a bearish outside reversal, Thursday watched price breach the lower limit of prime support from $0.7286-0.7355. With the relative strength index (RSI) cementing position below the 50.00 centreline—telling traders that average losses over the 14-day lookback period surpass average gains—price action is now centred on Fibonacci support at $0.7057-0.7126.

Sellers assuming leadership yesterday hauled the currency pair through stacked demand on the H4 timeframe between $0.7282 and $0.7343, dropping to within a stone’s throw from prime support at $0.7236-0.7266 (glued to the upper edge of weekly prime support at $0.6968-0.7242). For those who read recent technical reports might recall the following (italics):

Prime support at $0.7236-0.7266 may interest bullish eyes—a base arranged to receive downside momentum derived from sell-stops below stacked demand.

The technical picture from the H1 timeframe reveals the unit slipped below $0.73 heading into US hours, establishing a decision point at $0.7308-0.7299 (structure seen clearer on M15). Also of technical relevance is Quasimodo resistance-turned support at $0.7271. Additional levels to be mindful of on the H1 are trendline resistance, extended from the high $0.7469, and Quasimodo resistance parked at $0.7339.

Focus is on the H4 timeframe’s prime support at $0.7236-0.7266, as buyers potentially gear up to take advantage of selling pressure (sell-stops) south of stacked demand.

The uninspiring vibe out of weekly demand is demonstrated by way of a clear-cut consolidation on the daily timeframe between prime support at ¥108.96-109.34 and resistance from ¥110.86-110.27. The reluctance to commit outside of these areas toughens the consolidation; range limits, therefore, are likely to remain on the watchlist.

A robust pickup in USD demand elevated USD/JPY on Thursday, pulling back to highs of ¥109.83. Overall, however, chart studies indicate a bearish vibe following the breach of a double-top pattern’s (¥110.44) neckline, drawn from ¥109.59. The pattern’s target sits around ¥108.71, plotted alongside a 1.618% Fibonacci projection at ¥108.86. Continued interest to the upside, nonetheless, is likely to close in on supply at ¥110.82-110.39—the base entertaining the noted double-top configuration.

From the H1 timeframe, a ¥109.84-109.79 decision point elbowed into the spotlight going into US trading on Thursday, prompting a shooting star candlestick pattern (frequently viewed as a bearish signal). Air space above the aforementioned zone channels focus towards the ¥110 figure, closely shadowed by prime resistance at ¥110.15-110.12. To the downside from current levels, Quasimodo resistance-turned support is seen at ¥109.45, followed closely by Quasimodo support at ¥109.31.

In the shape of a hammer candlestick formation (bullish signal), supply-turned demand at $1.3629-1.3456 on the weekly timeframe stepped forward in July. The aforementioned zone remains active, welcoming an additional test mid-August. Yet, pattern traders will also note August’s move closed south of a double-top pattern’s neckline at $1.3664, broadcasting a bearish vibe. Conservative pattern sellers, however, are likely to pursue a candle close beneath $1.3629-1.3456 before pulling the trigger.

Britain’s pound journeyed south versus a stronger US dollar Thursday, pressured following August’s optimistic US retail sales figures. This helped reinforce a bearish setting beneath the 200-day simple moving average at $1.3828. This raises the possibility of further underperformance to Quasimodo support at $1.3609.

It was also aired in recent writing that the daily chart communicates a rangebound environment. Since late June, buyers and sellers have been squaring off between a 61.8% Fib retracement at $1.3991 and the noted Quasimodo support. Directly above the consolidation, two tight-knit 100% Fib projections are seen around $1.4017—a double AB=CD bearish configuration for any harmonic traders. Momentum studies, according to the relative strength index (RSI), made its way above the 50.00 centreline early September and retested the barrier (average gains exceed average losses).

H4 prime resistance at $1.3940-1.3888 has proved a stubborn area. Sellers have since strengthened their grip and has price fast approaching prime support at $1.3689-1.3724. This area may interest those looking at price taking out stops beneath lows around $1.3730 (blue oval).

Elsewhere. Short-term action based on the H1 chart has the pair circling the lower side of $1.38, as we write. Interestingly, supply at $1.3837-1.3812 lurks directly overhead and could help facilitate what many traders will recognise as a stop-run after the event. Chart space below $1.38 shifts attention to Quasimodo support from $1.3751.

Technical studies from the H4 timeframe suggests bears are likely to remain in the driving seat for the time being, at least until we touch gloves with prime support at $1.3689-1.3724. Prior to any downside move, H1 sellers may welcome a whipsaw north of $1.38 to supply at $1.3837-1.3812. Conservative sellers out of the aforesaid supply will perhaps wait for a DECISIVE H1 close to form beneath $1.38 before committing, targeting H1 Quasimodo support at $1.3751 and the upper edge of H4 prime support from $1.3724.