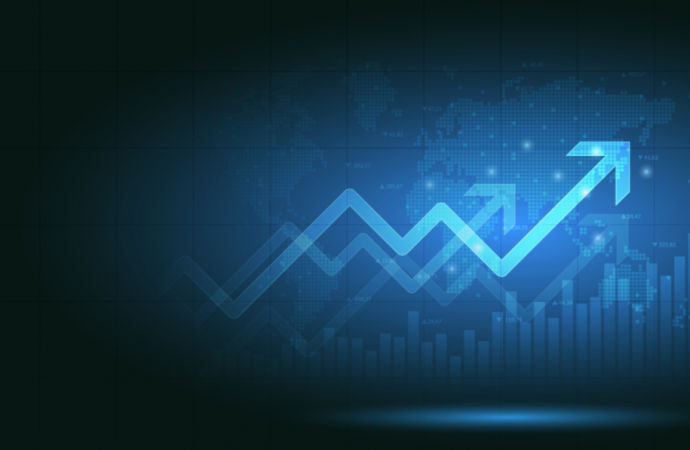 Monday kicked off establishing what many candlestick enthusiasts refer to as a hammer pattern on the daily timeframe—a bullish signal—yet Tuesday retaliated with a bearish shooting star pattern. Given the lacklustre price change, the following analysis still applies (italics):

The daily chart remains languishing beneath late July tops at $1.1909. North of here, buy-stops could fuel moves to prime resistance at $1.2115-1.1990, a place active sellers may reside. The flip side, of course, is a run south back to Quasimodo support at $1.1689. The relative strength index (RSI) recently retested the upper side of the 50.00 centreline. Rebounding from here underpins upside momentum, whereas slipping lower echoes a bearish cue.

Across the page on the H4 timeframe, the currency pair witnessed an acceleration to the upside in early US hours on Tuesday, bolstered by a lower-than-anticipated rise in inflation in the month of August. This elevated movement to prime resistance at $1.1851-1.1840, an area highlighted in Tuesday’s technical briefing as a platform sellers may be drawn to. As you can see, this was indeed the case.

Technical observations on the H4 suggest sellers are uninterested in taking things lower from current price levels, though if a downside move materialises, H4 prime support might be of interest again at $1.1764-1.1776. Nudging north of $1.1851-1.1840 has a reasonably large-scale supply to target at $1.1939-1.1902. You will see this area houses the July tops underlined on the daily timeframe (above).

In line with H4 prime resistance, of course, was H1 Quasimodo resistance at $1.1841 (and associated Fibonacci structure), which also made a show on Tuesday. With $1.1841 sellers perhaps weakened, the absence of resistance above $1.1841 shines the spotlight on the $1.19 figure. However, a return to $1.18 to seek additional buyers beforehand is not out of the question.

Out of the daily timeframe, buyers and sellers spent the last few days squaring off around the upper perimeter of prime support at $0.7286-0.7355. As you can see, sellers assumed leadership yesterday, throwing light on movement towards the 1.618% Fib projection at $0.7126. What’s interesting is the relative strength index (RSI) dipped a toe south of the 50.00 centreline, indicating downside momentum, or average losses exceeding average gains.

Stacked demand on the H4 timeframe between $0.7282 and $0.7343 is now under attack, following Friday’s decisive rejection from the decision point at $0.7395-0.7410. Prime support at $0.7236-0.7266 may interest bullish eyes—a base arranged to receive downside momentum derived from sell-stops below stacked demand.

Since mid-July, ¥108.40-109.41 demand has failed to stir much bullish energy on the weekly timeframe. Nevertheless, recognising the area derives additional backing from neighbouring descending resistance-turned support, extended from the high ¥118.61, an advance is likely to welcome familiar supply at ¥113.81-112.22.

The lacklustre vibe out of weekly demand can be seen established through a range on the daily timeframe between prime support at ¥108.96-109.34 and resistance from ¥110.86-110.27. The reluctance to commit outside of these areas toughens the consolidation. Range limits, therefore, are likely to remain on the watchlist.

The technical landscape on the H4 timeframe is interesting. The US dollar eased against the Japanese yen on Tuesday amid downbeat risk sentiment, action usually benefitting the safe-haven Japanese yen. As evident from the chart, recent downside seated current price at a double-top pattern’s (¥110.44) neckline, drawn from ¥109.59. While a break of the formation’s neckline could spark bearish movement, Quasimodo support is seen nearby at ¥109.48, followed by a 100% Fib projection at ¥109.34. Between ¥109.48 and ¥109.34 informs traders that a bear trap could be in the making. This means a whipsaw through the neckline (which forms support alongside the ¥109.59 31st August low) may fill sell-stops that subsequently feed ¥109.34/48 bids.

Attention is fixed on the H4 timeframe, in particular the double-top pattern’s neckline at ¥109.59. Having seen this level also represent support on the H1 scale, a bullish scene may occur.

In the shape of a hammer candlestick formation (bullish signal), supply-turned demand at $1.3629-1.3456 on the weekly timeframe stepped forward in July. The aforementioned zone, as you can see, remains active, welcoming an additional test mid-August. Yet, pattern traders will also note August’s move closed south of a double-top pattern’s neckline at $1.3664, consequently broadcasting a bearish warning. Conservative pattern sellers, however, are likely to seek a candle close beneath $1.3629-1.3456 before pulling the trigger.

Price movement on the daily timeframe shows sterling eased against the buck from five-week highs on Tuesday, stirring a price close south of the 200-day simple moving average at $1.3823. This raises the possibility of further underperformance to Quasimodo support at $1.3609.

It was also aired in Monday’s technical briefing that the daily chart communicates a rangebound environment. Since late June, buyers and sellers have been squaring off between a 61.8% Fib retracement at $1.3991 and the noted Quasimodo support. Directly above the consolidation, two tight-knit 100% Fib projections are seen around $1.4017—a double AB=CD bearish configuration for any harmonic traders. Momentum studies, according to the relative strength index (RSI), made its way above the 50.00 centreline and retested the barrier: average gains exceed average losses.

H4 prime resistance at $1.3940-1.3888 has proved a stubborn area, withstanding yet another upside attempt on Tuesday. Sellers—despite GBP/USD clocking fresh highs—strengthened their grip during US hours as the US dollar index eked out strong recovery gains off lows around 92.32. This could lead the currency pair back to prime support at $1.3689-1.3724.

The daily timeframe making its way under the 200-day simple moving average at $1.3823 yesterday, as well as H4 price demonstrating muscle from prime resistance at $1.3940-1.3888, informs short-term traders that $1.38 on the H1 may lack buying interest.

Therefore, based on the above, a close below $1.38 on the H1 timeframe highlights a bearish scenario, targeting H1 Quasimodo support coming in at $1.3751.