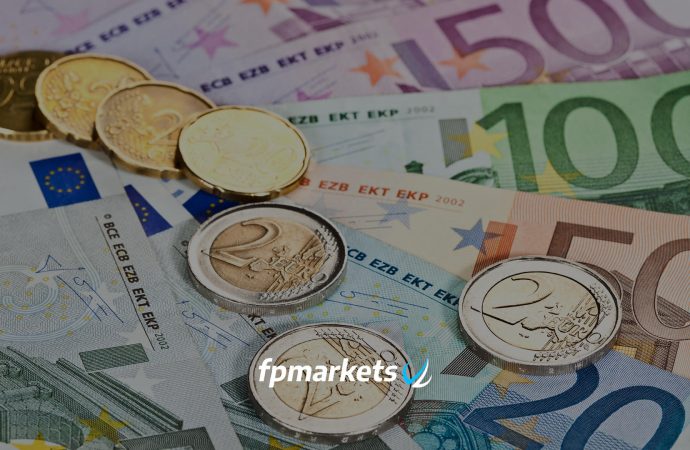 August had the euro nudge to a fourth successive monthly gain against the US dollar, adding nearly 1.5 percent. The move also toppled long-term trendline resistance (1.6038) and supply from 1.1857/1.1352. This argues additional moves to the upside may be on the horizon, with trendline resistance (prior support – 1.1641) on the radar as the next target.

Supply at 1.1928/1.1902 welcomed price action on Thursday, decisively capping upside and delivering the pair to demand at 1.1794/1.1833. The latter represents a reasonably significant zone, a place where a decision was made to break the 1.1865 September 4 peak. Failure to hold at current demand could see price unwind to support at 1.1753.

Following a whipsaw above 1.19 to a session peak at 1.1917, the euro aggressively rotated south heading into Thursday’s US session, concluding things around the 100-period simple moving average, ahead of 1.18 and support laid out at 1.1783.

Traders will note 1.18 and the 100-period simple moving average rest within the lower parapets of H4 demand.

In terms of where we stand on the RSI indicator, we recently turned under 50.00, fading peaks around 84.00.

A whipsaw through 1.18 to test H1 support at 1.1783 is perhaps in store today. Not only would this tackle stops under 1.18, it’d also possibly trip stops beneath H4 demand. A H1 close back above 1.18, in this case, could have intraday buyers make a show. It is also worth pointing out that this intraday action forms around daily channel support, as well as around the upper border of monthly supply. 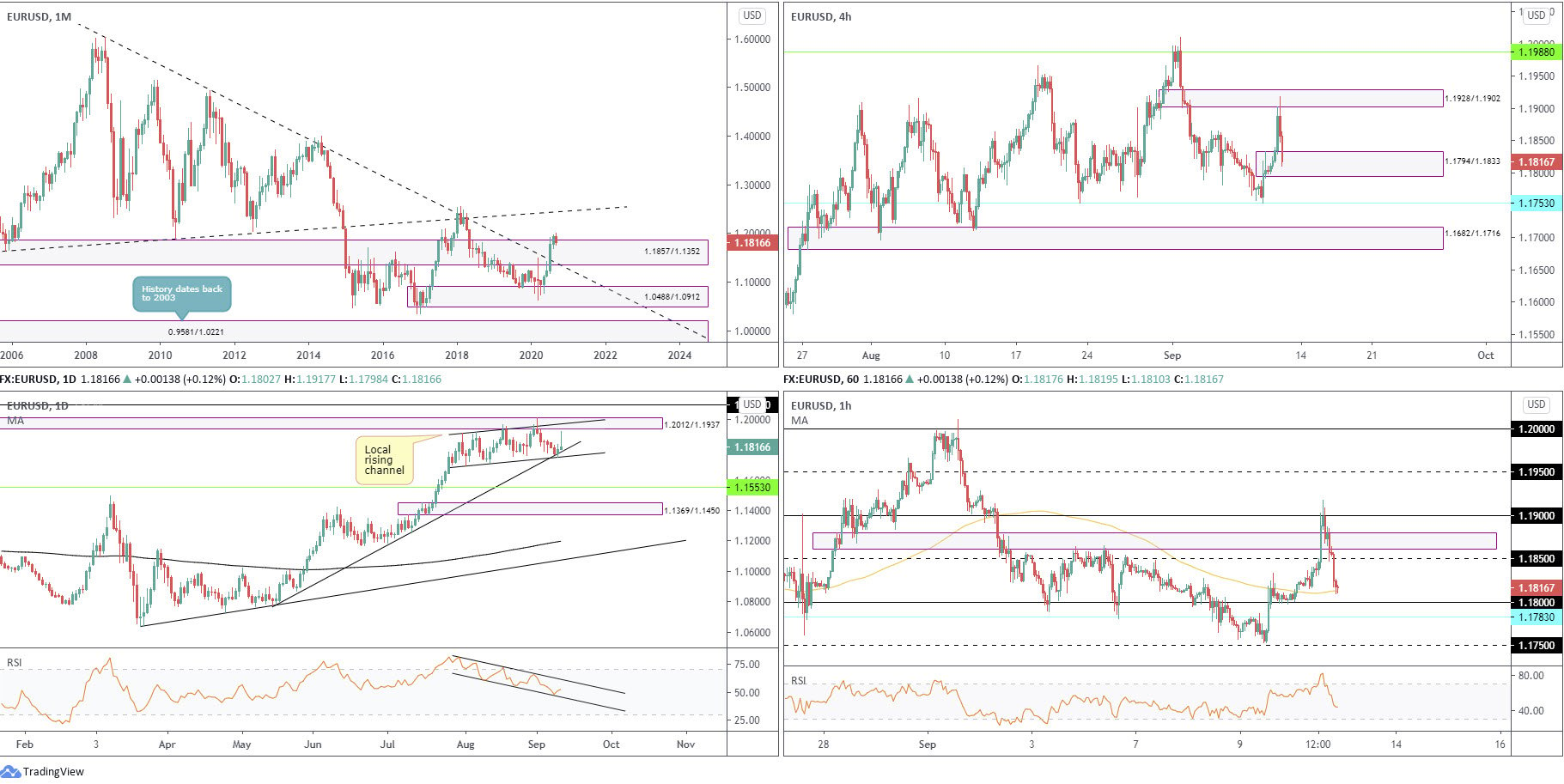 H1 demand at 0.7223/0.7236 boasts strength, yet H4 signalling room to move lower and 0.72 (H1) potentially calling for attention weakens the probability of the said demand holding.

0.72 support is likely to appeal, aligning with the upper border of daily demand at 0.7192.

Aside from the 100-period simple moving average providing some dynamic resistance and 106 swinging back into view, USD/JPY offered little on Thursday.

Having seen 106 present solid support/resistance since the beginning of September, this may have traders place emphasis on the possibility of the round number holding as support should the level be brought into the fight today.

The only other area really jumping out this morning on the H1 is 106.50 resistance, given its convergence with trendline resistance and H4 supply at 106.93/106.44.

The RSI indicator recently cemented position under 50.00, and is now poised to greet oversold territory.

Supply at 1.3055/1.3018, a recent drop-base-drop formation, proved a solid zone. Price plunged from the aforesaid supply yesterday amid intensifying fears surrounding a no-deal Brexit, providing enough force to brush aside demand at 1.2837/1.2883. This potentially unshackles downside to support at 1.2740 and a 61.8% Fib level at 1.2720 (green). 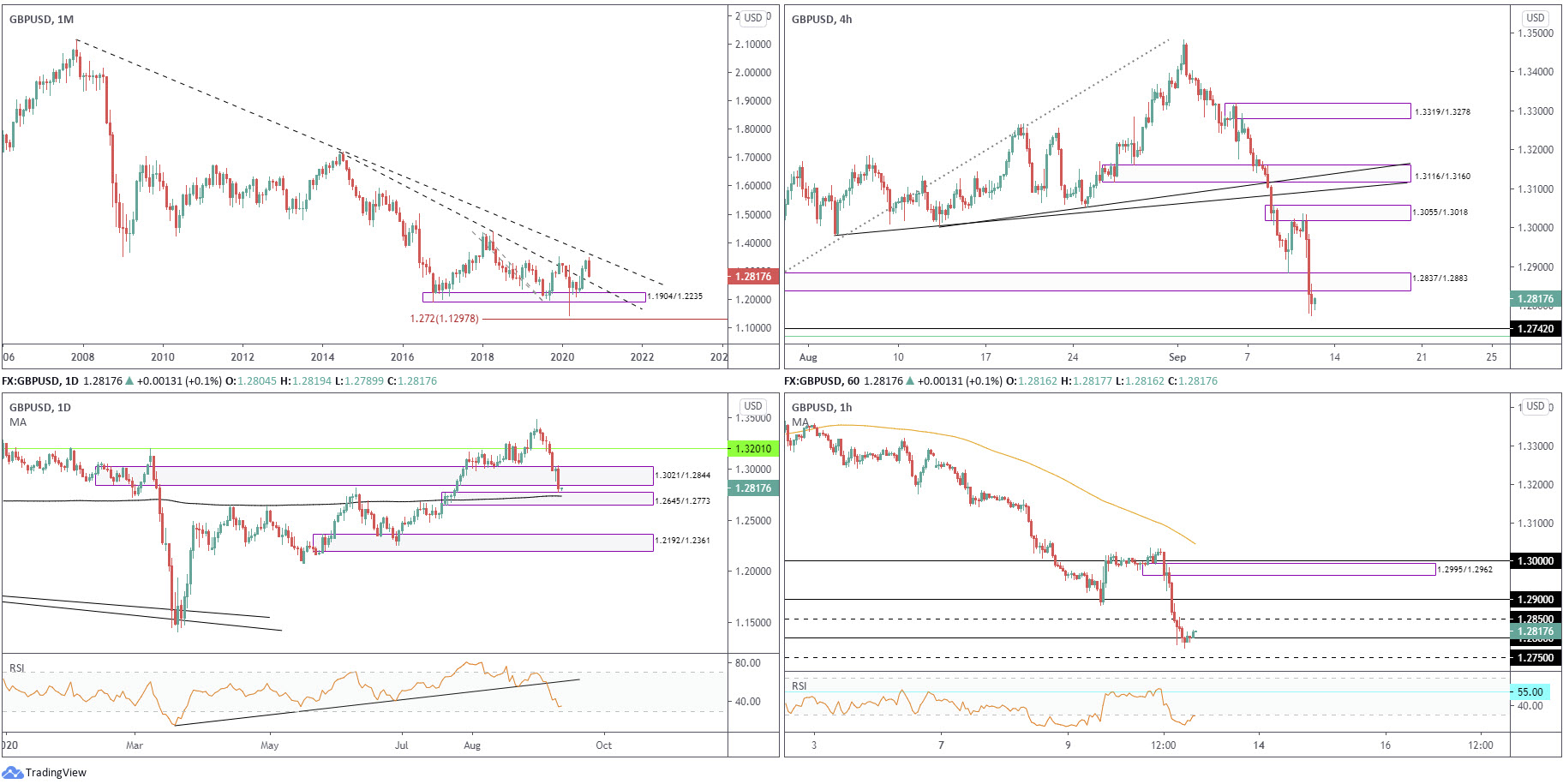