November 4th 2020: Technical Position Ahead of US Elections 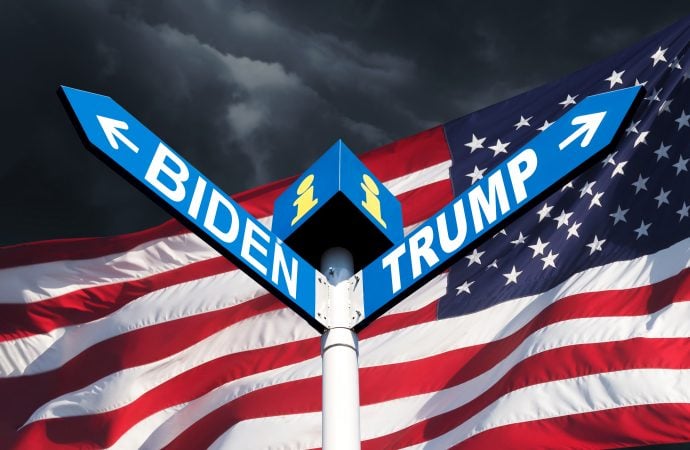 Leaving support from 1.1553 and a descending support line from 1.2011 behind, EUR/USD shifted to a bullish phase on Tuesday and snapped a six-day losing streak.

Traders will also note the RSI oscillator is seen turning higher from within a stone’s throw from trendline support (prior resistance).

Passing over the 100-period simple moving average at 1.1680 led intraday above the 1.17 level to peaks at 1.1739. This was followed up with a 1.17 retest which, in the last hour, has seen bulls react following a hammer pattern.

Buyers continued to charge higher ground on Tuesday out of demand at 0.6964/0.7042, ending the session a few pips shy of highs.

Shaped by way of three H4 bull candles we aggressively confronted supply at 0.7147/0.7170 (prior demand) yesterday, with enough oomph to test space beyond the area and point to resistance at 0.7210.

0.72 calls for attention should buyers make another play today. 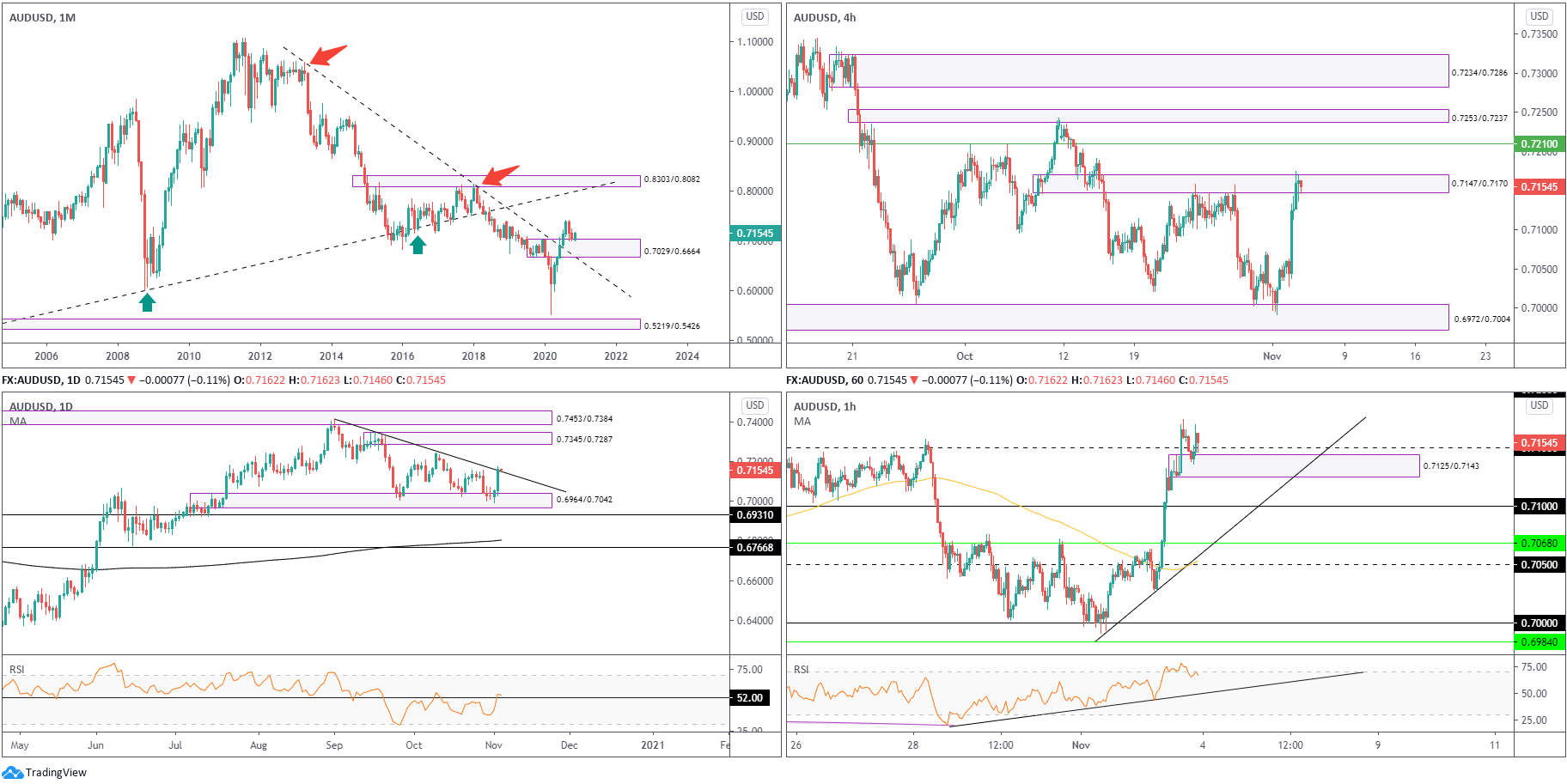 The RSI, since October 22, has essentially been motionless a touch ahead of oversold terrain.

Pursuing a northerly path, action that unseats the aforesaid supply, turns light to trendline resistance, taken from the high 106.10.

104.50 proved a pivotal intraday support Tuesday, joined by the 100-period simple moving average and trendline support (104.02). The last hour, as you can see, produced a solid bullish candle, closing at highs. Increased USD demand today could target as far north as 105 and supply from 105.21/105.11 (prior demand).

As monthly and daily price engage with their respective descending triangle supports, an upside push from 104.50 support on the H1 timeframe (and intersecting trendline support) could be seen to the 105 area.

Following Monday’s hammer pattern ahead of demand at 1.2645/1.2773 (and a corresponding 200-day simple moving average), Tuesday finished higher by 1 percent, with early trade this morning already up by 0.4 percent, eyeing resistance at 1.3201.

Also noteworthy on this timeframe is the RSI oscillator seen rebounding from 47.00 support.

Note, however, the RSI is fast approaching a strong resistance level around the 82.00 region.