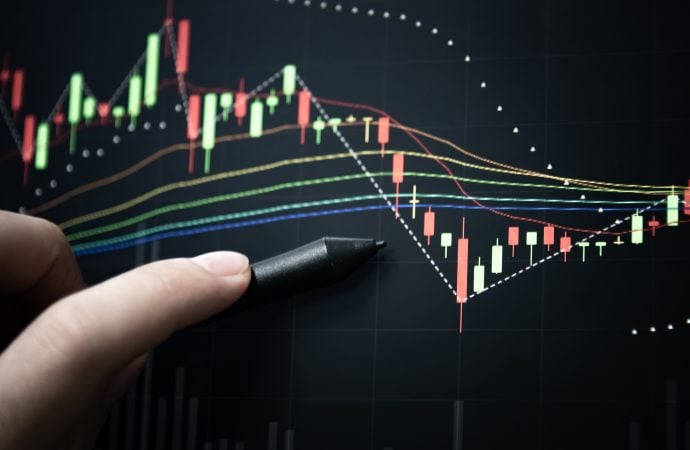 According to the 2019 Triennial Survey of turnover in OTC FX markets, trading in FX reached $6.6 trillion per day in April 2019, up from $5.1 trillion three years earlier. Ranked as the largest global financial market, its breathtaking presence usually leaves most in awe.

The principles of technical analysis have been present for centuries. A popular example is the work of Charles H. Dow, considered by many to be the father of modern technical analysis, who formed the basis for trend analysis towards the end of the 19th century. Another example is candlestick charting, based on a technique developed in Japan in the 1700s for tracking the price of rice. Steve Nison, in his book (2001): Japanese Candlestick Charting Techniques, went forward and introduced candlestick analysis to the western world.

Moving averages are one of the oldest tools employed by technical analysts.

A moving average is an individual value representing a net of previous values. They’re in place to essentially smooth the effects of short-term fluctuations.

Most moving averages are calculated based on previous closing prices but can be constructed using any value as long as the values are consistent throughout the calculation. As a result, moving averages are lagging indicators, only delivering a signal once price movement is in progress.

Traders can also use moving averages to help determine support and resistance. In figure 1.A, traders will note the dynamic value provided support in early May 2017 (blue arrow) and, although not to-the-pip, resistance in 2019 (red arrows).

In 1978, J. Welles Wilder introduced the relative strength index (RSI) in an article in Commodities Magazine (now known as Futures magazine) and in his 1978 book, New Concepts in Technical Trading Systems. To this day, it remains one of the most popular technical indicators, featured in several articles and books throughout the years.

The RSI is a momentum oscillator (or momentum indicator), a leading indicator that calculates the strength of security against historical price change by comparing upward days/periods (average gain) to downward (average loss) days/periods. The indicator ranges, or oscillates, between 0-100, with a default period of 14.

At its most basic, the RSI 50.00 mid-point is often a watched level. When the RSI value trades above 50.00, the underlying trend is typically north; below 50.00, the trend is considered south.

Another common use of the RSI is overbought and oversold ranges. Wilder considered a value that exceeds 70.00 to be an indication of an overbought market, and under 30.00 oversold. Technical analysts, however, will often adjust these parameters to suit trading preferences.

The RSI can also form readable patterns similar to price charts. Head and shoulder patterns are common, so are triangles, pennants, flags and support, and resistance levels.

Figure 1.B, a EUR/USD daily chart, demonstrates clear overbought (yellow) and oversold signals (green). Registering an overbought/oversold signal generally produces a reversal, some mild, some considerable. Yet, timing these signals can be a factor. Figure 1.B also demonstrated regular bullish divergence in late March 2020.

Developed by John Bollinger in 1983, Bollinger bands were designed to evaluate price volatility.

Volatility is a reflection of how much price fluctuates around a mean (average price). It is not momentum which measures how quickly price movement rises in an uptrend, for example.

The Bollinger Squeeze is a popular trading strategy. Periods of shrinking volatility, according to Bollinger, is often followed by a phase of high volatility. Volatility contraction, or band tightening, helps forecast significant moves in either direction, particularly when the outer band is penetrated, as in figure 1.C on the EUR/USD H1 chart.

Other popular indicators used by Forex traders include the moving average convergence divergence, or MACD, the stochastic oscillator, and the average directional movement index (ADX).

If you feel ready to explore, why not consider experimenting on our MetaTrader 4 or MetaTrader 5 demo trading platforms, offering a broad range of technical indicators. Alternatively, why not pop over to our dedicated Trader’s Hub to learn more about Forex trading and the financial markets.