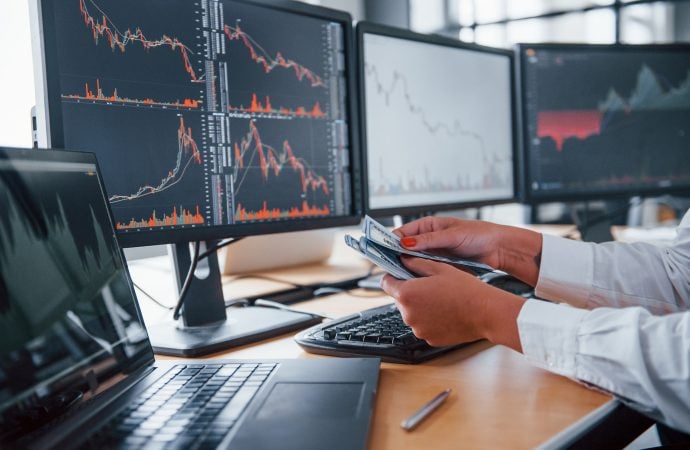 Sellers delivered another decisive bearish candle on Thursday, extending south of supply at 1.1872/1.1818.

Addressing lower territory, throws light on support from 1.1553 and a descending support line from 1.2011.

Traders will also note the RSI oscillator is on track to cross paths with trendline support (prior resistance).

By way of a hammer candlestick pattern off 1.1650 support, demand for the euro increased into US trading Thursday, moving 1.17/1.1684 resistance (green) into sight. Traders will also note a supply at 1.1717/1.1701 sits just above the aforesaid resistance zone (this is an area where a decision was made to break through orders at 1.17 as support).

In terms of where we stand with the RSI oscillator, momentum remains circling oversold territory, coming off lows at 12.50 (levels not seen since July 2019).

The month of September (lower by 2.9 percent) shattered a five-month winning streak and tested the upper border of demand at 0.7029/0.6664 (prior supply). With October (currently down 1.9 percent) continuing to circle the said demand, structurally speaking, buyers still have a strong advantage, free to explore as far north as 0.8303/0.8082 in the coming months, a supply zone aligning closely with trendline resistance (prior support – 0.4776).

Recent flow withdrew to nearby demand at 0.6964/0.7042, with Wednesday plunging more than 1.2 percent and closing at session lows. Thursday, although edging lower, offered little, with the pair settling within the parapets of the aforesaid demand area.

Note this demand is also secured a few pips above a support level coming in at 0.6931.

Clearing supports shines light on the 200-day simple moving average at 0.6799 and a neighbouring support level marked at 0.6766.

From the RSI oscillator, we are turning lower ahead of 52.00 resistance, currently scanning territory below 40.00.

Bullish follow-through from current demand, ultimately, could target resistance from 0.7096.

Side by side with bullish RSI divergence, the H1 bottomed ahead of the widely watched 0.70 level on Thursday and shined light on 0.7050 resistance.

Aside from some mild resistance at 0.7068, the path is relatively rubble free until 0.71, a level currently intersecting with the 100-period simple moving average.

Monthly, daily and H4 timeframes offer demand at the moment. This could elevate H1 above 0.7050 resistance and take on H1 resistance from 0.7068. At the same time, intraday buyers will likely be watching for breakout strategies to form north of 0.7050 to target at least 0.71.

Since kicking off 2017, USD/JPY has been carving out a descending triangle pattern between 118.66/104.62. July 2020 onwards, as you can see though, has had price toying with the lower boundary of the aforesaid pattern. Notably, October is trading lower by more than 0.7 percent.

Since August, daily price has also been in the process of shaping a descending triangle pattern between 106.94/104.18. Traders will also note the lower edge of the monthly descending triangle (green – 104.62) sits just north of the daily pattern’s lower border line.

While breaking beneath both the daily and monthly timeframe’s descending triangle supports (monthly currently under pressure) shifts focus back to daily demand at 100.68/101.85, we are seeing signs of recovery off the daily pattern’s lower base right now.

A stronger-than-anticipated recovery emerged from the 161.8% Fib projection at 104.11 on Thursday, arranging the candles within a stone’s throw from supply at 104.92/105.09 (prior demand) and the lower side of a recently completed wedge pattern (104.34).

Following a deep whipsaw through demand at 104.12/104.20, a move which as you can see just missed the 104 level, follow-through momentum to the upside emphasised strength, establishing adequate energy to dethrone 104.50 resistance and a trendline resistance (104.74).

The day ended modestly off session highs just ahead of resistance from 104.78, testing the 100-period simple moving average at around 104.56.

Intraday, we recognise the break of H1 trendline resistance could prompt a bullish vibe today, potentially off the 100-period simple moving average as support, or the 104.50 region (and trendline confluence). This also coincides with room seen to move higher on the H4 chart until supply at 104.92/105.09, and daily price making some progress off the lower edge of its descending triangle at 104.18.

Resistance at 1.3006, as well as supply from 1.3063/1.3020, as anticipated, caused buyers to lose enthusiasm on Thursday. Of particular interest was the supply, given it was within this zone a decision was made to burrow through 1.3006 support.

Familiar demand at 1.2836/1.2881, as you can see, made an entrance which has so far been well received by buyers. Yet, in case buyers lose control, dipping to support at 1.2773 is a possibility.

As shown on the H1 chart this morning, whilst we did see some interest from sellers off 1.30, tasty resistance inhabited territory above in the form of 61.8% and 38.2% Fib levels at 1.3015, levels that joined with channel resistance (1.3176). This was a noted area in Thursday’s writing. As you can see, price declined sharply from the zone, breaking through 1.2950 support to attack channel support (1.3019). 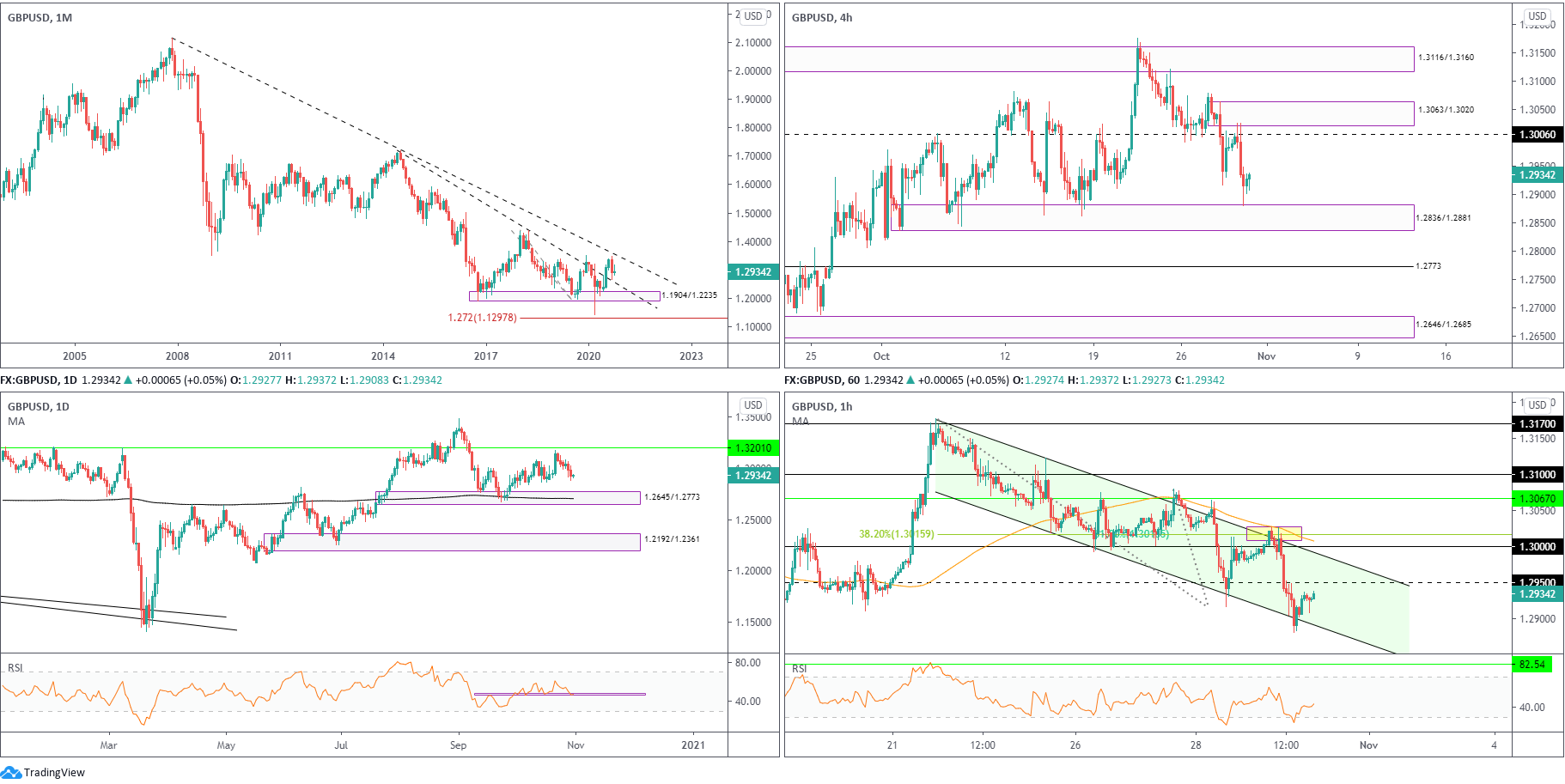